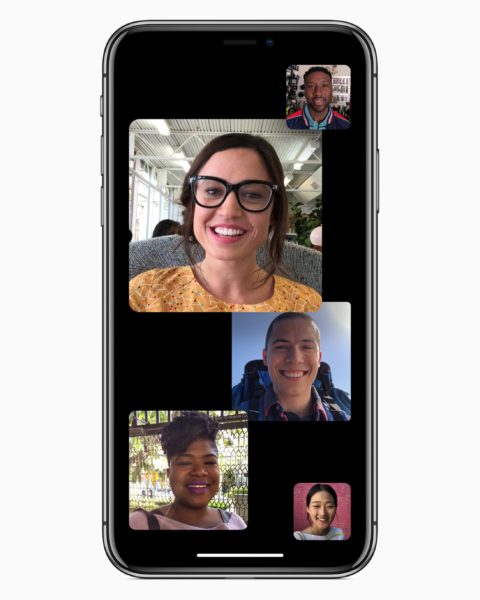 Earlier this year at their annual Worldwide Developers Conference (WWDC), Apple revealed all the updates and improvements to their Operating System that would roll out with the release of iOS 12. Well, that moment has finally arrived and there’s a lot to look forward to. Read on for a few reasons to upgrade ASAP.

1. FaceTime group chat
If you’re anything like me, you turn to Skype whenever you need to do a video chat with more than one person—your best friends in another city perhaps, or family members spread out in different countries. Well, as of iOS 12, you can now do that with FaceTime. Its new version will accommodate up to 32—yes 32!—people on a single call. Each person will appear as a tile on the screen, or in a vertical strip along the bottom, depending on how many participants there are. Based on who is speaking at the time, the tiles will adjust in size—bigger for whomever is speaking, and smaller for the others.

2. Memojis
The face-tracking technology that powered the iPhone X’s animated animal emojis (Animojis) has found a new host: Memojis. They’re basically faces that can be customized to look just like you, with dozens of options of hairstyles, eye and hair colour, and even jawlines to choose from. Thanks to Apple’s emphasis on inclusivity, you can play around with a host of additional elements—from turbans and headscarves to hats, beards and more—to tweak your digital likeness as closely to your real one as possible. These Memojis can even hop on FaceTime calls for you, mirroring all your movements, smiles and frowns as you converse with friends, family or colleagues.

3. Siri Shortcuts
Running late to a meeting scheduled in your calendar? A new Siri update, called Shortcuts, can automatically offer to send a text to the meeting organizer to let them know. While some of these commands (involving basic tasks) are fed into the app, you can also create personalized Shortcuts from a series of different third-party apps. Lets say your morning routine involves putting on a podcast, grabbing a cup of coffee from your local cafe, and heading to catch the subway to work. Shortcuts can cue all those things up when you issue your personalized voice command, for example “morning routine.” It’ll start playing your morning podcast, order your go-to coffee, and give you updates on your morning commute, like whether there’s a delay on your usual train. It’s basically like a personal assistant, but one that lives in your phone and doesn’t require a hefty monthly salary.

4. ScreenTime
We’ve all been through it. It’s 11pm and you’re getting ready for bed. You tap open Instagram for a quick scan of what’s going on and before you know it, it’s midnight and you’ve gone down a rabbithole of Justin Theroux’s highly entertaining Insta stories and posts. A new feature called Screen Time allows you to monitor your app activity, presenting you with detailed daily and weekly reports of which apps you use most often, the time spent on each app, at what times you tend to be on your phone most, and even how often you pick up your phone. The goal is to get users to be more mindful of how and where they’re spending their time, and the feature allows you to self-impose time limits on those apps where you find yourself spending the most (unproductive) time. Of course, it allows the equivalent of a snooze button, by which you can extend the time limit if you choose. But that’s cheating right?

5. Performance Improvements
Never get frustrated with an overloaded system again! Thanks to performance improvements across the board, the new iOS 12 makes everyday tasks on the iPhone and iPad faster and more responsive than before. The camera launches up to 70 percent faster, the keyboard appears up to 50 percent faster, apps launch twice as fast under a heavy workload, and typing is more responsive.