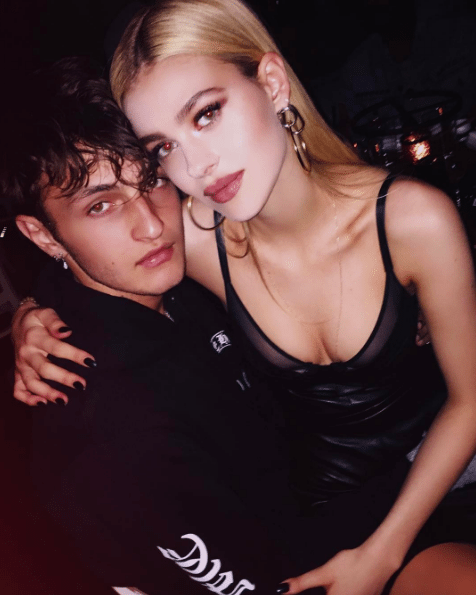 Young Hollywood may just have its new It-couple.

Get ready, everyone: Young Hollywood may just have its new It-couple.

The 17-year-old model and the 22-year-old actress (who has previously been linked to Justin Bieber and Cameron Fuller) were spotted holding hands while walking around West Hollywood, and a source has confirmed to E! that the two are, indeed, an item.

18/01/17: Nicola and Anwar out and about in West Hollywood. #NicolaPeltz & #AnwarHadid

“They are dating,” said the source. “It’s a fairly new relationship, but they are really good friends and part of the same group of friends.”

Considering they run in the same social circle, their relationship makes sense. Peltz, who is the daughter of American billionaire investor, Nelson Peltz, has been seen in pics with the son of Yolanda Hadid and Mohamed Hadid, alongside Young Hollywood royalty including her brother, Will Peltz, and her BFF, Sofia Richie (oh, and Alexander Wang was there too, NBD).

She’s also friends with Bella, and starred in Gigi’s boyfriend Zayn‘s music video for “It’s You” (FYI, the vid is of Zayn watching Nicola from afar, so there shouldn’t be any awkwardness between Gigi and her little bro’s new girlfriend).

Romance rumours first began to circulate after Nicola posted a photo of herself and Anwar at her birthday dinner on Instagram Jan. 13, coyly captioning it, “taken by the queen @ellenvonunwerth.”

taken by the queen @ellenvonunwerth

Other videos from the evening show the pair holding hands while sitting next to each other, while fan accounts of Nicola’s show screenshots from Snapchat of what looks like the couple’s New Year’s kiss.

Young love, are we right?