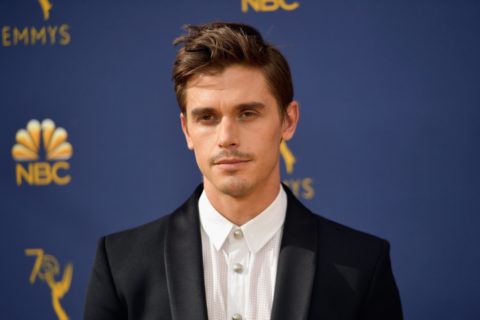 Beating out The Bachelorette’s Mike Johnson and Tyler Cameron, Vanderpump Rules’ Tom Sandoval, and Dancing with the Stars’ Val Chmerkovskiy, Queer Eye’s beloved chef Antoni Porowski took home the title of People magazine’s Sexiest Reality Star. “Thank you @people for omitting how I eat popcorn in movie theatres or that I don’t bathe on weekends in your consideration for my nomination and the voters for making it all happen. I am equal parts honoured and uncomfortable,” wrote Porowski in an Instagram post.

Thank you @people for omitting how I eat popcorn in movie theatres or that I don’t bathe on weekends in your consideration for my nomination and the voters for making it all happen. I am equal parts honored and uncomfortable.

The Sexiest Man Alive mantle this year went to John Legend, which Chrissy Teigen was understandably super stoked about. Other awardees this year include Trevor Noah, who was named Sexiest Funny Guy; Steph Curry, who won the Sexiest Athlete prize; and Prince Harry, who was awarded the Sexiest Dad title.

Looking at Porowski’s slim physique (not to mention his impish charm), one might think his confidence levels are off the charts. But in a recent interview with Glamour UK, he opened up about his struggles with body image.

“I was most comfortable with my body when I was in a relationship with women,” he said. “There wasn’t a sense of comparison because we were different. It was my first relationship with a guy where I looked at myself and I was like, ‘Oh my biceps aren’t as big as his, I wish my legs were longer, I wish my torso was longer.’ I got really self-conscious and it was the comparison. I’m hard on myself about my body. ”

Searching for my last ounce of shame have you seen it

About that constant comparison, he says: “You shouldn’t have to. Women and men have all kinds of societal pressures. Sometimes they’re self-imposed and the idea of perfection — whatever the hell that is!”

But he’s clearly worked on self-love and self-acceptance, and has reached a place where he’s at ease with his appearance. Considering all the thirsty tweets directed at the Canadian chef and reality star on a near-daily basis, this award makes perfect sense.

Photo by Matt Winkelmeyer/Getty Images
Get the best of FASHION in your inbox Thanks for signing up!
The latest fashion, beauty and celeb news delivered right to your email #FASHIONforall Now, check your inbox to complete your subscription
We won’t ever use your email address for anything else
Want even more FASHION? Follow us on social media.