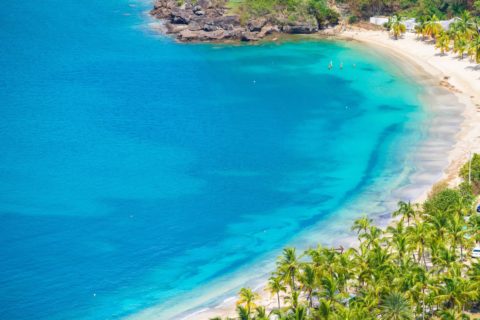 Our writer reflects on the most empowering thing she's ever done.

I’ve never filled out a Proust Questionnaire, but should someone ask what I consider to be my greatest achievement, I’ll contemplate my two children and then respond “Planning my wedding in under four hours.” That wasn’t my endgame; it was simply a proud dividend of dodging a traditional white wedding, with its look-at-me pomp, interminable shuffle down the aisle and soap-operatic declarations of devotion. None of that was for me—a Type B personality with Type A anxiety. Although Jason and I hadn’t even been a couple long enough to have our first Christmas together (another etiquette minefield), he knew this about me. And although it went against every one of his instincts to keep the Big News to himself, he respected me for it—loved me, it turned out.

When Jason proposed, there was no ring. He figured diamonds wouldn’t be conducive to secret-keeping. That naked engagement finger became part of my defiantly sexy two fingers up to the establishment—and, anyway, we’d need the money to plot the next step in our plan: wedding bliss.

In the age of yore we’ll call the aughts, destination weddings had not yet inspired a sub-industry of petal-strewn, altar-equipped resorts. But we had Google, with enough official material to narrow down the spots around the contin­ent that would marry us fresh off the plane: no mandatory blood tests, no residency requirement, no bans. Jason vetoed Hawaii (too far) and Bermuda (too chilly); I rejected the Cayman Islands (too pricey) and Vegas (too kitschy).

We landed in Antigua on a clear Friday in late February, the air memorably sizzling, my spirits fired up. In an understated villa on the west coast, we bathed on the veranda and basked in the ministrations of unruffled staff (an added benefit of keeping your wedding plans to yourself).

Antigua offers Versailles levels of luxury. At the private-island resort Jumby Bay, where Mariah Carey and Paul McCartney have stayed, mini-mansions have personal pools and privacy you’d attribute to the secret service. Carlisle Bay hosts the Winfreys and Travoltas of the world with a modern look that’s more Fifth Avenue-by-the-sea. And everywhere there are views of a sea so blue, you’ll want to find the Pantone equivalent for your feature wall.

Our (comparably) budget lodge had its own luxuries: a near-deserted gilt beach and scooters, which we rode to attend cricket matches, bathe in deserted coves, dance at beach barbeques and snuggle in the sand with icy Wadadli beer.

On Monday morning, I slipped into a pale pink Mugler bustier and cream-coloured Catherine Malandrino trousers before we scooted to the Ministry of Justice and Legal Affairs in Antigua and Barbuda’s capital of St. John’s to meet Evelyn, a placid clerk who methodically processed our marriage-licence forms. “So, where would you like this to happen?” she asked. Unaware we had a choice, I thought of our little villa, and shortly after, we watched from our deck as Evelyn lumbered up the lawn in her conservative green suit and hat. Jason and I clutched hands. We were ready. Not according to Evelyn, however. “The witnesses?”

Right. It was 2:30 p.m. Siesta. I searched fruitlessly around the grounds. Lunch was finished, but a young couple from Italy were loitering with espressos on the terrace. I shooed Jason over to ask if they had five minutes free, and we all assembled by the shore.

Evelyn’s speech was short and tender. Jason and I addressed each other steadily, each absorbed in the other, speaking as if nobody were watching because so few were. Then we kissed, and I collapsed, relieved, into his arms. The five of us celebrated with rum cocktails in a bar cooled by ceiling fans. Then, at a table for two, we ordered thick steaks and lobster because we had only ourselves to feed.

Ultimately we went some way toward making it up to our families. Antigua became the pre-party to years of cele­brations that we’ve planned properly, faithfully, together, at length. Still, that non-event, that most badass thing I’ve ever done, was as good as it gets.