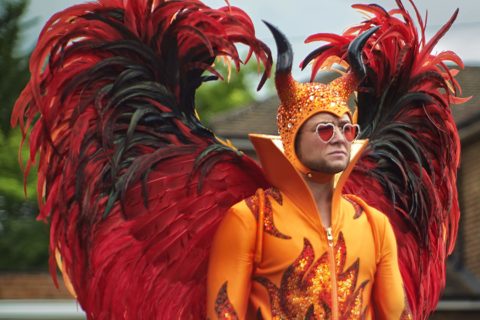 Everything Coming to Amazon Prime Video Canada in February 2020

Including Rocketman, The Farewell, and Hunters, a new series starring Al Pacino.

Here’s a breakdown of all the movies and television shows we can’t wait to stream this month.

Rocketman
Starring Taron Egerton, this Elton John biopic chronicles the musician’s early days as a prodigy at the Royal Academy of Music, his rise to fame and his subsequent addiction to drugs and alcohol. Nominated for an Academy Award, three Golden Globes and four British Academy Film Awards, the film features Egerton’s take on several of John’s greatest hits. Available February 21.

Hunters
Starring Al Pacino, this Amazon Video original series follows a motley crew of Nazi hunters in 1970s New York. Once they discover that hundreds of high-ranking Nazi officials live among them and are plotting to create a Fourth Reich in the United States, the Hunters hatch their own plan to intervene and bring down the Nazi mission. The show is executive produced by Jordan Peele and stars Logan Lerman, Jerrika Hinton, Josh Radnor, Carol Kane and Dylan Baker alongside Pacino. Available February 21

The Farewell
Based on director Lulu Wang’s own family experience, this critically-acclaimed film stars Awkwafina as Billi, a Chinese-American aspiring writer whose grandmother, addressed as Nai Nai, is diagnosed with a terminal illness. Following Chinese cultural customs, the family decides not to inform Nai Nai of her illness, a decision that Billi struggles to get on board with. As noted by Richard Lawson of Vanity Fair, “Wang movingly tells not just a story about the negotiations of familial love, but also of the immigrant experience, of revisiting one’s homeland to, in some senses, say goodbye to it.” Available February 13.

And here’s the complete list of everything coming to Prime Video this month:

February 6
Pete The Cat, Season 2
If You Give A Mouse A Cookie, Season 2

February 7
All Or Nothing, Season 5
Pete The Cat Valentines’ Day Special, Season 1

February 13
The Farewell
47 Meters Down: Uncaged

February 17
All Creatures Here Below