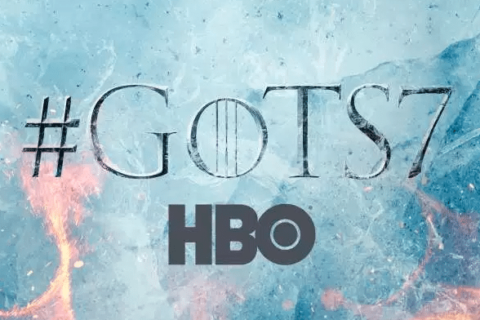 Here’s Your First Look at Game of Thrones Season 7

Instead of just sending out a press release, HBO decided to reveal the premiere date for Game of Thrones’ seventh season by way of strange publicity stunt. Rabid fans tuned in to the series’ Facebook page yesterday to watch a live stream of a large block of ice being being melted by fire. Yes, 3.2 million people were staring at their computer screens watching a massive chunk of ice slowly melt.

Oh, and turns out it took way longer than anyone had anticipated.

Behold, the ice block! If you look closely there is a rectangular object frozen inside the ice. Behind that lies the premiere date.

10 minutes in. Too much ice! Not enough fire!

25 minutes in. Is this some sort of metaphor?! Will Jon Snow defeat Daenerys Targaryen? Does this mean that winter is finally here and it’s worse than we expected?! Gah!

Or, is this just a poorly executed stunt gone terribly wrong?

When you are so obsessed with #GameOfThrones that you would literally watch a block of ice melt pic.twitter.com/waFdslF2C7

gotta love Game of Thrones. even their livestreams end on cliffhangers lmaaoooo #GoTS7

It took two failed video streams, a team of fire throwers, and over an hour for the premiere date to ultimately be revealed.

The news was less than thrilling. For the past six years, Game of Thrones seasons have premiered in April. But this season, the show will not return until July 16. That’s not all: unlike previous 10-episode seasons, season seven will feature just seven instalments.

To make up for the botched reveal and later-than-expected premiere date, fans were treated to a sneak peek at the new season.