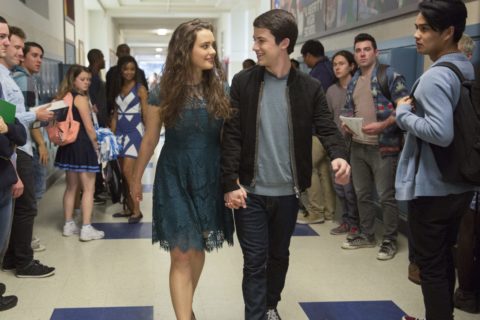 13 Reasons Why is Officially Returning for a Second Season

Fans of 13 Reasons Why are finally getting some much-needed answers to their pressing questions. In addition to the cast reuniting Sunday night (and documenting the whole thing by way of adorable Instagrams) at the 2017 MTV Movie and TV Awards in Los Angeles, it was confirmed that the critically acclaimed show would be renewed for a second season.

Their story isn't over. Season 2 of #13ReasonsWhy is coming.

According to Variety, the Netflix Original series is slated to return in 2018; the 13-episode season will focus on the aftermath of Hannah Baker’s death. After the Internet blew up with fans trying to figure out what narrative Season 2 would follow, Netflix dropped the following on Monday evening:

What we know about @13ReasonsWhy season 2 — so far pic.twitter.com/PMUaIe6Zy8

If you haven’t already tuned in to the breakout drama—which is based on the 2007 best-selling YA novel of the same name—it is centred around Hannah, a teen who dies by suicide and in the weeks following her death has a set of tapes distributed to her classmates recalling all of the reasons why she took her life. While the show primarily stayed true to its original source material, the first season ended with many unanswered questions, which resulted in speculation surrounding a second season.

When the whole squad shows up. #MTVAwards #13ReasonsWhy

Katherine Langford, who stars as Hannah in the series, dropped a mini teaser on Instagram last weekend. The short clip features quick glimpses of familiar scenes in the series: the facade of school they attend, Tony’s red Mustang, the Crestmont theatre, some incredibly lonely looking chairs at Monet’s, the pool house at Bryce’s parents’ place complete with pristine lawn furniture, a shot of Baker’s Drugs and the deserted Liberty High hallway. “It’s happening,” Langford cryptically captioned her post.

The post has since racked up a whopping 2.1 million views—extraordinary, seeing as prior to the show’s release this past March, Langford told us that her Instagram was still private, although executive producer Selena Gomez was “intent on” her going public. Here’s how some Twitter users reacted to the exciting news:

13 reasons why season 2 is happening i am SHAKING

me when i saw that there was going be a season 2 for 13 reasons why #13ReasonsWhySeason2 pic.twitter.com/sC27difEpX

me knowing i'm probably going to have to wait at least a year for season 2 of #13ReasonsWhy pic.twitter.com/SlWx0yVend

SEASON 2 OF #13ReasonsWhy IS ALREADY COMING AND I STILL HAVEN’T FULLY RECOVERED FROM SEASON 1. I’M EMOTIONAL AND EXCITED AT THE SAME TIME. pic.twitter.com/onlb1wHkZ7

WHEN YOU READ THAT 13 REASONS WHY IS RENEWED FOR A SEASON 2 pic.twitter.com/nJZBSJomyl

can we pretend episode 13 never happened so clay and hannah can live a happy life together in season 2 pic.twitter.com/7uawsxvh74

While 13 Reasons Why (which is currently this year’s most-tweeted-about show, FYI) has been both praised (by fans and critics) and criticized (by a number of Canadian school boards), we’re super excited that Hannah’s story is far from over. The countdown begins.