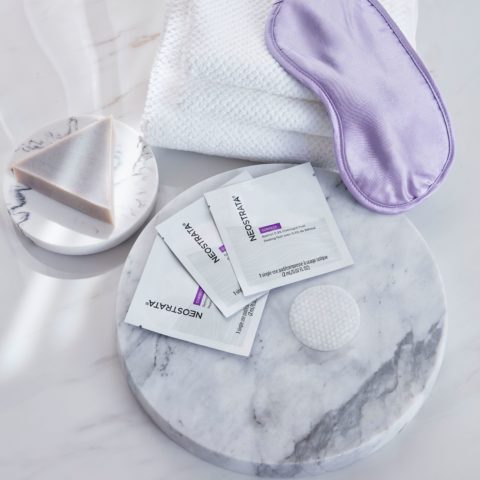 In 1974, NEOSTRATA founders discovered the anti-aging properties of AHAs when researching a cure for ichthyosis. Here's what we’ve learned in the 45 years since.

It’s crazy to think that some of the world’s biggest scientific breakthroughs were unintentional. Take Scottish researcher Sir Alexander Fleming’s accidental discovery of penicillin for example. In some cases, a medical miracle such as this can lead to the serendipitous discovery of a cutting-edge beauty product, say a salve or tonic initially developed to heal a burn but that turns out to be first aid for fine lines, too.

That’s a little like what happened in 1974, when NEOSTRATA’s founders, a prominent dermatologist and a research biochemist, were looking for a cure for ichthyosis, a family of skin conditions marked by extreme dryness and scaling. They discovered that the topicals they were using to treat their patients—known as alpha hydroxy acids or AHAs—could also offer significant anti-aging benefits. AHAs such as glycolic acid and lactic acid are part of a family of naturally occurring acids that chemically exfoliate the surface skin cells (rather than physically, which is what happens when you use an exfoliating product with tiny granules that manually slough off cells) to reveal new healthy ones, creating a smoother complexion and minimizing the look of fine lines.

The discovery was a game changer in the cosmetic industry. Anti-aging and exfoliation were not the buzzwords they are today, nor were they even part of the beauty lexicon, which up until then had been all about moisturizers and cold creams—“things that didn’t really have a true benefit,” says Barbara Green, RPh, MS, Head of Research & Development for NEOSTRATA. Not only did NEOSTRATA (which translates from Latin to mean ‘new layers’) usher in first gen AHAs that would go on to be used by dermatologists all over the world, but they patented the first lunchtime peel, an advanced exfoliating and skin smoothing in-office AHA peel treatment that could virtually be done during your lunch hour. (Btw, back then eating lunch al desko wasn’t a thing.) And, despite its anti-aging might, there was little visible evidence of the treatment, which meant there was no need to go off the grid afterward.

Today, the company has created new technologies reaching well beyond its roots in AHAs. In fact, the brand is breaking ground again with its Retinol 0.3% Overnight Peel ($80). Think of it as the takeaway version of the physician strength retinol peel you’d get at a medi-spa. “Retinol is a neutral compound, so we’ve formulated this with ingredients that help it to get into the skin,” says Green. In NEOSTRATA’s other products that feature retinol, it’s an encapsulated version, which works on a time-release schedule. But with this the Overnight Peel, it’s in its pure unencapsulated form, so it can be absorbed by skin rapidly.

Designed to be used once a week, the pre-soaked pads are water-free and individually wrapped, to ensure the potent dose of retinol (0.3 percent compared to a typical 0.1 percent or less in most daily use serums and moisturizers) stays stable. “It’s formulated in a high-performance vehicle solution at the highest strength we can sell globally at retail,” says Green. In tandem with this launch, NEOSTRATA is debuting its Firming Collagen Booster Serum ($75) to help lift and build volume in the areas of the face that generally start to sag as we get older. “Collagen is the number one structural molecule in our bodies,” says Green. “I always think of it as a scaffolding system in the skin, like a building.” Just like hyaluronic acid, collagen also happens to be made in our bodies, but the production of it slows down every time we celebrate another birthday. Simultaneously, “the skin’s natural collagen degrades,” which Green says is a direct result of the sun’s UV rays. (That’s a PSA for anyone who needed more proof that wearing SPF 30 or higher daily is a must.)

Collagen is known for being one of the larger molecules, which has proven difficult when it comes to ferrying it deep into the skin. This serum is infused with collagen that has a low molecular weight, meaning it can be absorbed more easily into skin’s surface layers. Designed to be used twice a day and worn under a moisturizer, the serum also includes a complementary booster complex featuring gardenia cell culture extract which helps to reduce activity of enzymes that naturally break down collagen, as well as NeoGlucosamine, a volume booster that is also a building block of the popular skin-plumper hyaluronic acid. 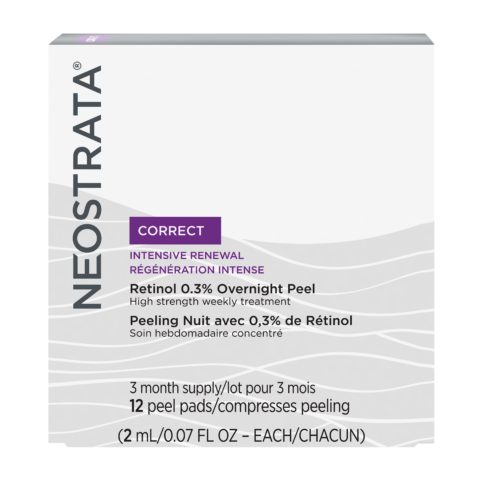 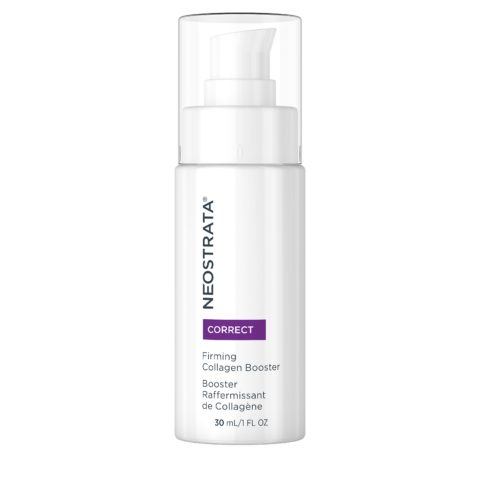