The backstories behind Urban Decay’s most cult products

“Does pink make you puke?”

That was the question posed by Urban Decay’s first print ad in 1996. At a time when pink, red and nude dominated department store counters, Sandy Lerner identified a need for bold, edgy shades. With co-founder Wende Zomnir, the brand started out with 10 lipsticks and 12 nail polishes with abnormal colours named after the seedy, gritty parts of the urban landscape (Mildew, Smog, Plague). Today, you’d call that “disruption”.

Initially Urban Decay targeted beauty outliers—Zomnir showed up at music festivals to track down Gwen Stefani and Garbage’s Shirley Manson— but in 1998, a shimmery rose eyeshadow called “Midnight Cowboy” opened up the indie brand to a wider audience. “That was [when we went] from saying, ‘We’re totally dark and weird’ to ‘Here’s something accessible that’s a little bit different and a little edgy,'” says Zomnir, now chief creative officer, wearing a full face of makeup, including purple smoky eyes and red lips, as well as a sparkly crop top revealing her insane abs. (Somehow, she’s also found time to become a fitness icon—seriously. Google her.)

Though Urban Decay was acquired by the L’Oreal Group in 2012, affording wider distribution and stand-alone stores (there’s Newport Beach, CA and a Vancouver one coming in May), Zomnir, 48, is still as hands-on as she was two decades agoWhile she’s still actively involved in naming the shades, she struggles with some of the bureaucratic elements. “The HR people send out these emails that sound so corporate. I’m like, ‘Stop! You can’t say things like that!’ I really want to be in denial that we’re a big brand.”

Browse the gallery below to learn the backstory of some of the most iconic Urban Decay products. 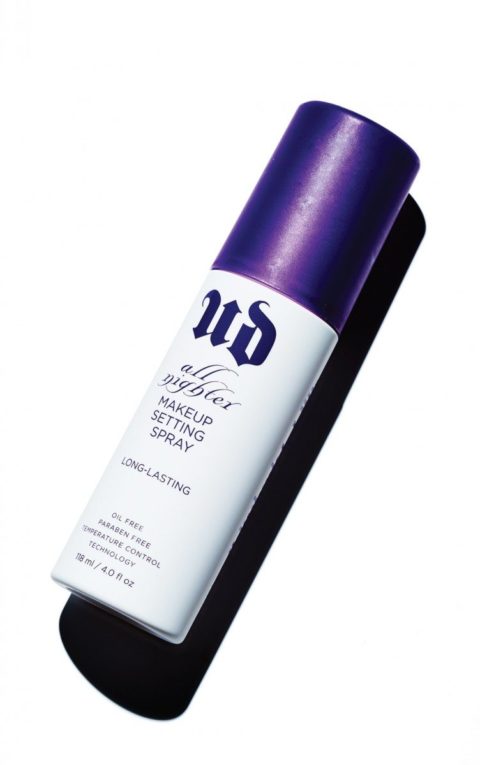 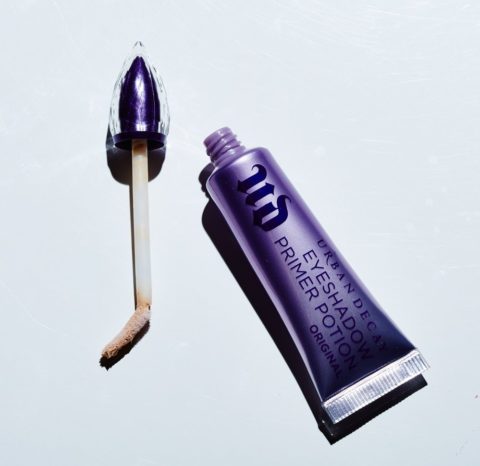 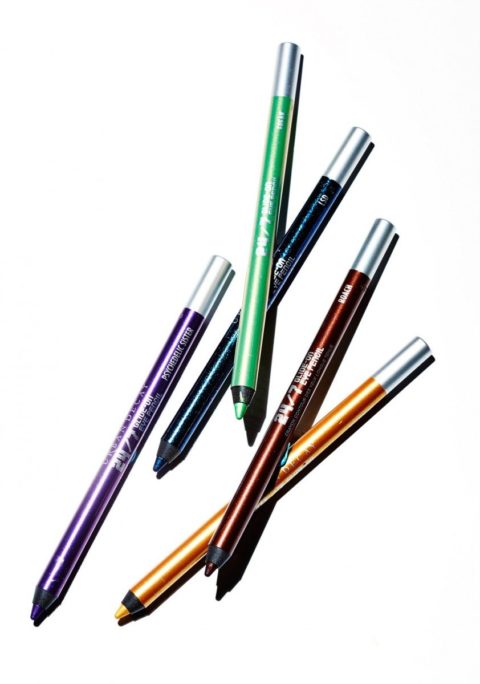 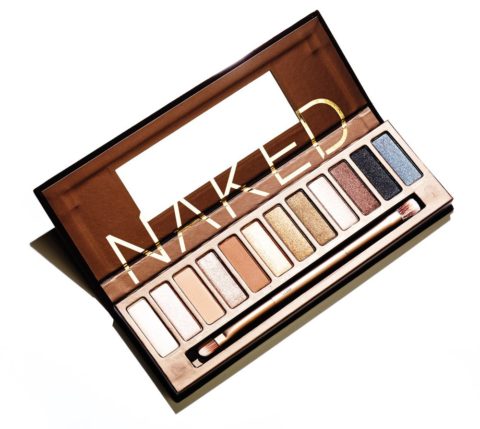 “I wanted a product that would hydrate your skin before makeup. I found a guy who made these setting sprays that chilled the surface of your skin to keep it fresh. He had some really amazing demos. He’d spray an outdoor thermometer with the setting spray and you’d watch the temperature drop.”

“I put it on under a smoky purple shadow, then got on a plane. As soon as I got to my hotel I had to go to dinner. My eyeshadow was still perfect and I was like, “That’s the formula.'”

“This pencil vendor sent us an eyeliner. I was about to throw it in the trash but I thought, ‘That’s kind of a cool colour,’ so I put it on my hand and three hours later, it hadn’t moved. I asked, ‘Can we amp it up even more and make it creamy and waterproof?'”

“I said [to the development team], ‘If you were stuck on a desert island, what shadows would you bring?’ I was thinking a four-or-five pan palette, [but] we laid them out and they were amazing.”