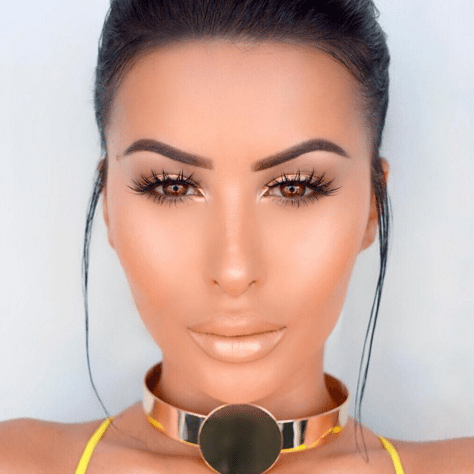 Beauty Ideals Are More Extreme Than Ever, Thanks to Instagram

At the Spring 2016 Hood By Air runway show in New York, models’ faces were painted with slashes of brown and white foundation, mimicking the pre-blended steps of contouring makeup tutorials that are all over Instagram and YouTube. “We decided to show the ‘before’ stage, the raw version,” says makeup artist Inge Grognard, who created the look to prompt a question: “Do we really think we need heavy contouring to look more beautiful?” The war-paint-like effect at the HBA show, inspired by plastic surgery and self-improvement, brought to the fore a related trend making waves across social media among millennials: the rise of extreme makeup. From stenciled eyebrows, spackled foundation and blinding highlights, to half-inch-thick liquid liner, multiple pairs of falsies and overdrawn lips (thank you, Kylie Jenner), it’s the peacocking of street style writ on the face: the more extreme, the better. Selfies of Internet-famous “beauty gurus,” such as Amra Olević, Nikkie de Jager and Karen Sarahi Gonzalez, are receiving thousands of likes—and counting. The new beauty ideal, according to social media, is creating an entirely new face.

For many, contouring makeup, which sculpts the face with strategically placed highlights and shadows, is the gateway to extreme beauty. The most famous glimpse into the magic of contouring was from Kim Kardashian, who posted a photo of her pre-blended face in 2012. Beauty enthusiasts have since adopted new takes on the trend, such as clown contouring, a paint-by-numbers approach using a rainbow of colour-correcting makeup; strobing, which is just another term for highlighting; and “tontouring,” a method of contouring with self-tanner. The trend has evolved to include lip and eyebrow contouring—no part of the face has been left untouched.

The popularity of extreme beauty could be attributed to living in an image-centric world where social status is judged by likes and followers, and a natural look isn’t going to attract attention, let alone a lucrative brand sponsorship. “We live in a culture of spectacle, awash in visual images,” says Dr. Nancy Etcoff, a psychologist at Harvard Medical School. “It’s about, How do you get a following and show your unique contribution? You may have to push the edge a little further and shout a little to get attention.” Etcoff describes the phenomenon as a “super-normal stimulus,” which is an amped-up version of what you might find in the natural world, something that has more in common with an animated character. “We’re seeing an exaggeration of the size of the lips and eyes, which creates a heightened sense of femininity as women [particularly younger women] tend to have larger eyes and lips. These exaggerations are not meant to be natural.”

The applications used to achieve the extreme beauty looks are pulled from theatrical and drag makeup—a hyper-real take on the female face. Techniques such as baking (letting powder sit on top of concealer for five to 10 minutes before brushing it off) and faded eyebrows (creating a faux eyebrow with a very pale front and a more defined middle and tail) are used with abandon. The proliferation of these methods led U.K.-based makeup artist and YouTuber Wayne Goss to create a video entitled “Instagram is Turning Girls Into Drag Queens.” Goss’s objection to the trend: What works for stage, screen and red carpet does not necessarily work in real life. Celebrity makeup artist Nick Barose, whose clients include Lupita Nyong’o and Brie Larson, agrees. “On stage, you put on [a lot of] makeup so people in the last row can see it, but in real life it’s more up close and personal and there are no filters…I use a bit more makeup than normal for the camera, but my rule of thumb is: If it looks like too much for the naked eye, it’s too much.”

Revered celebrity makeup artists such as Bobbi Brown, Molly Stern and Pati Dubroff have also joined the chorus of voices rallying against the more-is-more makeup trend. Dubroff faced criticism last May when she posted a photo of a woman wearing a mask-like face of contour makeup with the caption: “I’m sorry, I just don’t understand this…” Beauty vlogger Nikkie de Jager defended the movement via a YouTube video, “The Power of Makeup!”, in which she made up half of her face and left the other side bare. “By no means [am I saying that] if you have insecurities you should just slap makeup on and feel better,” she says. “I just want people to know that makeup is fun…Makeup is there for days when you wanna look hella good.” The clip has racked up 28 million views to date and inspired scores of people to post their own half-made-up selfies and videos.

While the desire to look like Kim Kardashian or Kylie Jenner is real (the latter’s debut Lip Kit sold out in minutes late last year), the extreme beauty trend continues to divide. For Dubroff, it’s the emulation of other people and lack of individuality she dislikes most about it. “I don’t believe in changing someone through makeup,” she says. “It makes me sad to see these suffocated skins with startlingly heavy features.” Adds Barose: “Makeup isn’t like other art forms, like painting or sculpting, where you create from scratch. There’s a person underneath and she doesn’t need to be erased.” Whatever your stance, adjusting your appearance by applying makeup with a heavy hand is an increasingly popular alternative to going under the knife. One that can be washed off at the end of the day. 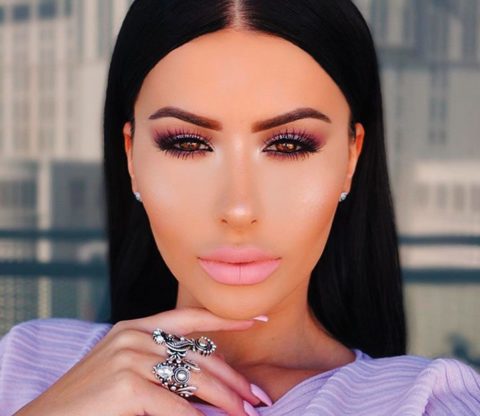 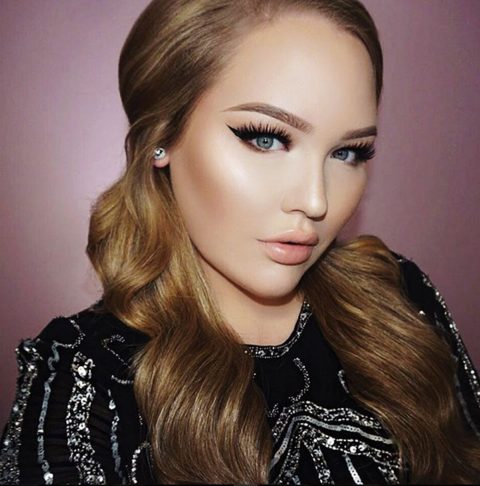 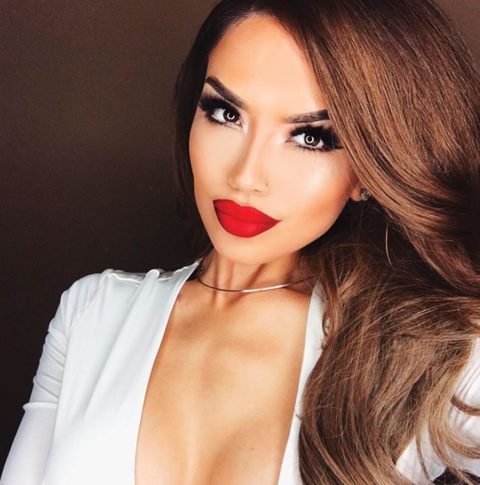 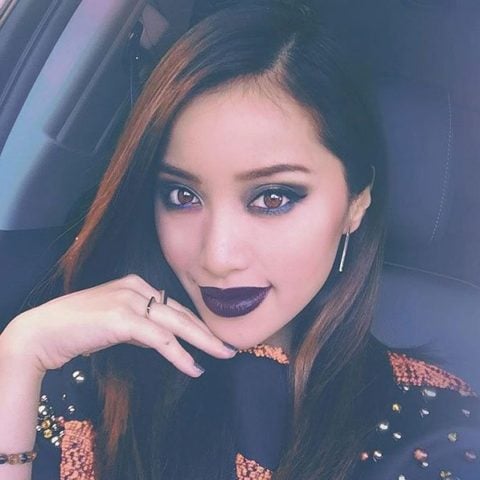 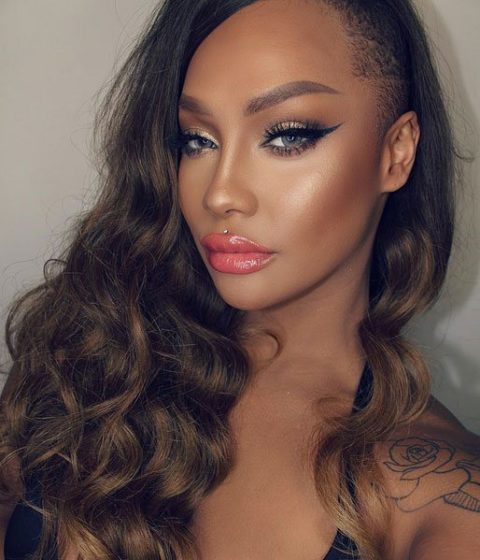 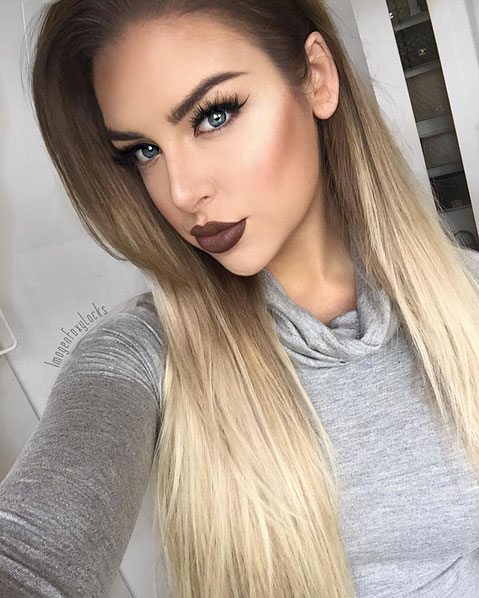 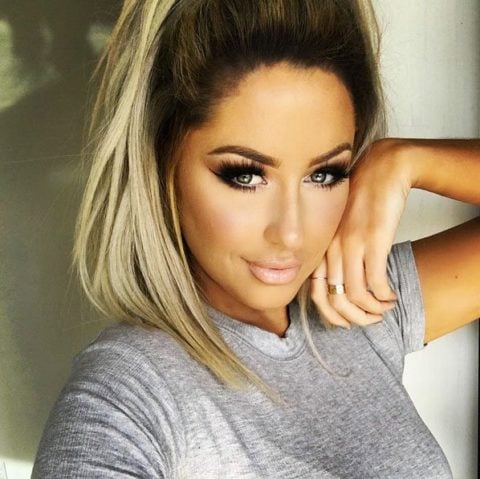 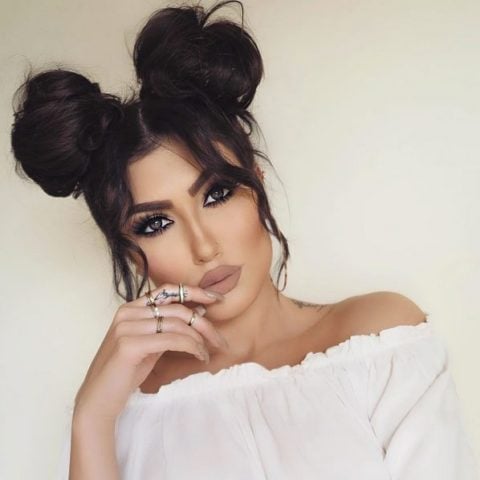 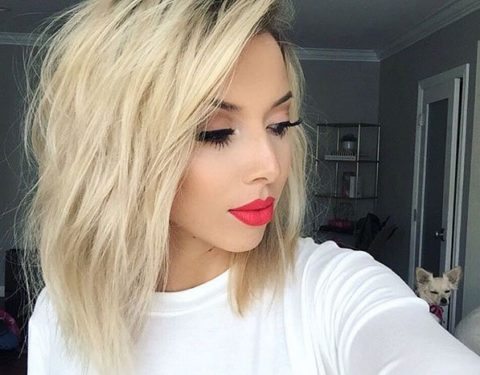 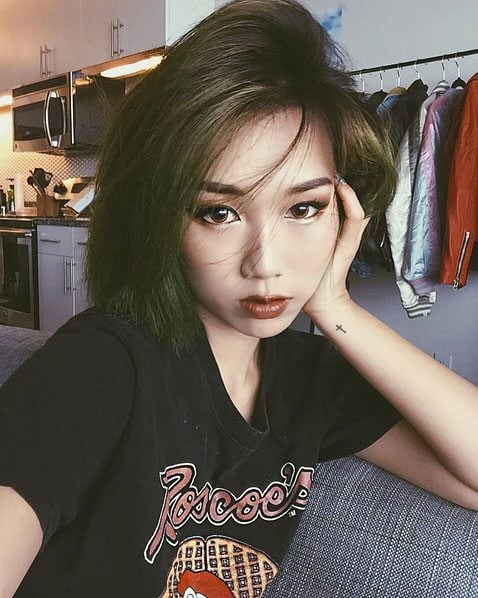 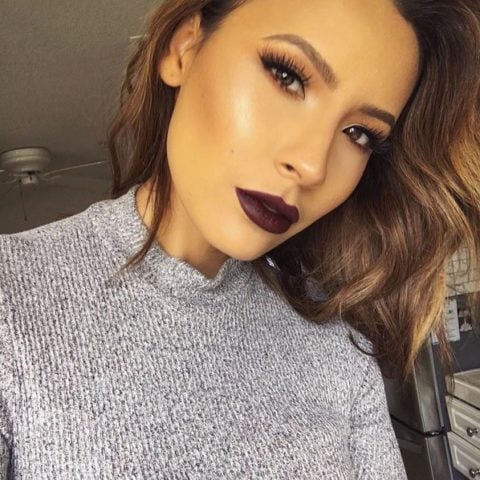 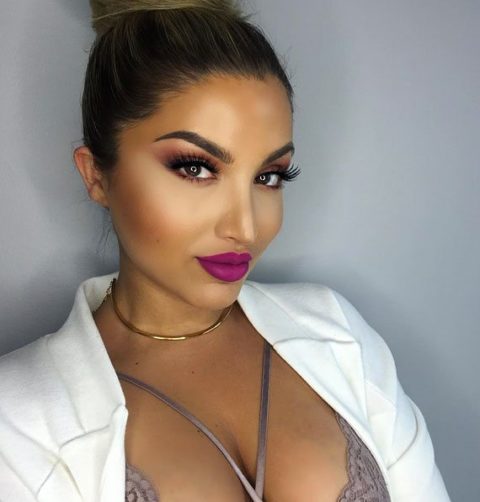 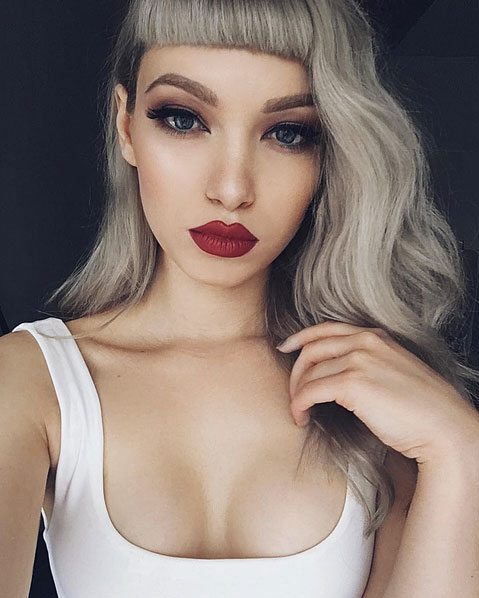 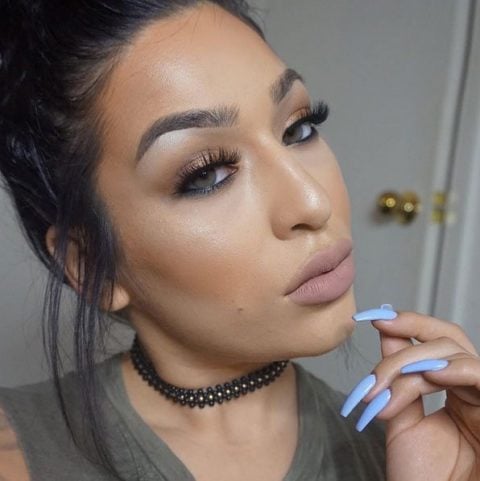 Claim to fame: Like Kim Kardashian on acid, Olević posts super-dolled-up selfies with heavily highlighted makeup in colours to match her #OOTDs on Instagram and Snapchat.

Bona fides: Launched a line of hair extensions with Bellami Hair; released a limited-edition eyeshadow palette with Anastasia Beverly Hills in 2014; and has a collection of liquid lipsticks with beauty brand Lipland.

Claim to fame: Instagram selfies and mini-videos, featuring super-sculpted makeup looks in neutral shades with exaggerated cat eyes and false lashes up to the brows.

Bona fides: A member of the E! Style Collective, Gonzalez posts online video tutorials for the network and advice for getting red-carpet-ready; she also teaches online makeup classes for LiveGlam.com.

Claim to fame: A digital pioneer who made her way in the world of fashion and beauty through her how-to and DIY videos on her YouTube channel.

Claim to fame: Best known for her hair-tutorials featuring her personal line of hair extensions.

Claim to fame: Self-taught beauty expert with an expertise in transformations and “how to” vlogs.

Claim to fame: After her cover songs on MySpace and YouTube went viral, Helly Luv became an overnight sensation. She is a Kurdish singer, dancer, choreographer, actress and model.

Bona Fides: her song “Risk It All” made it into the top three iTunes singles in 2013; starred in the international film Mardan

Claim to fame: With a passion for cosmetics, Katy found her calling sharing her tips on social media with other women.

Claim to Fame: A professional makeup artist with over ten years of experience, Mina’s Instagram displays the latest beauty and fashion trends.

Claim to fame: Makeup and hair artist who posts selfies and client photos on Instagram.