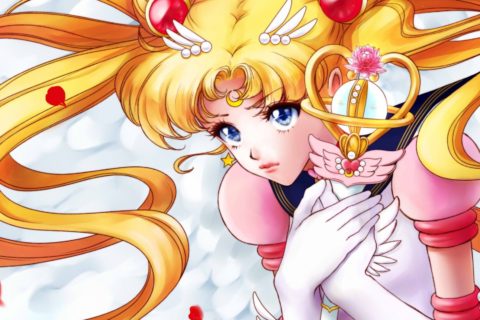 Why Sailor Moon is the Ultimate Beauty Icon

This week, it was announced that after a million years, Sailor Moon will finally make her way to North American big screens. Sailor Moon R: The Movie is scheduled to hit American theatres on January 17—13 years after its original 1993 release in Japan.

Bless us everyone. But because January is still way too long to wait, we’ve chosen to use this news as a means of reminiscing about Sailor Moon’s best beauty moments. And while “best” is actually code for “every,” here are the five that stand out the most. 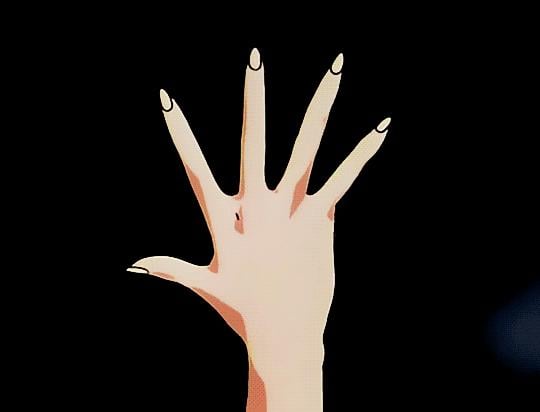 RT if you’d watch Sailor Moon’s (and the Sailor Scouts’) nail transformation and look down at your own terrible hands, cursing your inability to paint your nails with anything other than top coat. Because frankly, the entire moment was unfair; not only could Sailor Moon summon glitter nail polish with only a battle cry (and access to superpowers), she maintained the perfect almond shape while some of us were left to revel in the aftermath of five days of POG and marble-fuelled recesses. 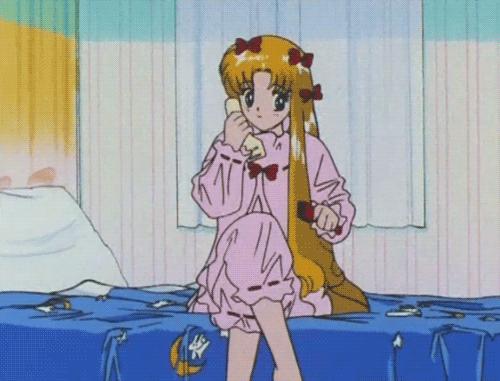 Let us return to the days of after-school Sailor Moon viewings and the revelation that regardless of how cute the pyjamas our parents’ bought us were, they would never (ever) be as cute as Serena’s. Plus, the girl’s bedtime hair was everything anyone with a mushroom cut (hi!) knew they’d never have: length, majesty, bows, and the need to brush it on an hourly basis. This paragraph goes out to nine-year-old Anne, whose hair resembled, at best, only Serena’s bangs. And the sorrow she felt knowing that even in her adult life, she’d never be able to deal with so much volume and length. 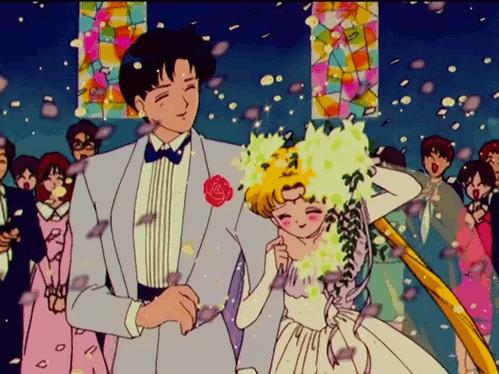 Like, I know that in the original series there was never a wedding. I know this because I wanted there to be a wedding more than anything in the world, and it was something I was deprived of, outside of Darren’s dream (and no network in Canada showed anything past the original series). But also, there was this, which is not the same episode, but is equally wonderful: 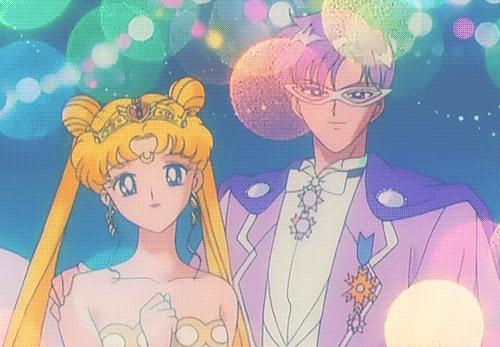 So look: I know that I’m missing a huge chunk of story, but please pause for a moment of silence for Serena/Sailor Moon’s dedication to her meatball hair (Darren’s words, not mine), hair accessories, and her embracement of “more means more.” Serena was never a young woman of minimalism, so it’d be an actual crime outside of school and Sailor Scout life.

4. Strength in numbers (and hair goals) 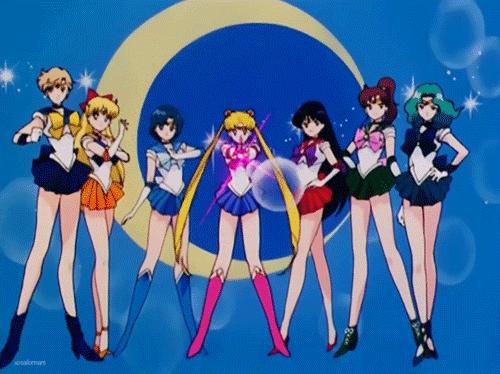 Like, how dare everybody, honestly. How dare every Sailor Scout have either voluminous hair (Mars, Venus, Moon, Jupiter, Pluto, and Neptune), beautifully dyed hair (Neptune, Pluto, and Mercury), or short hair (Uranus) that didn’t look like the bob my mushroom cut ended up growing out into. (I literally will never forget the trauma of that mushroom cut, and nor should you.) In the immortal words of Lucille Bluth in Arrested Development: that hair. And while the Sailor Scouts were as much defined by their bravery, spirit, independence, and feminist ideologies, for some of us mourning the loss of our ability to wear a ponytail, they were a vision board of hair goals. 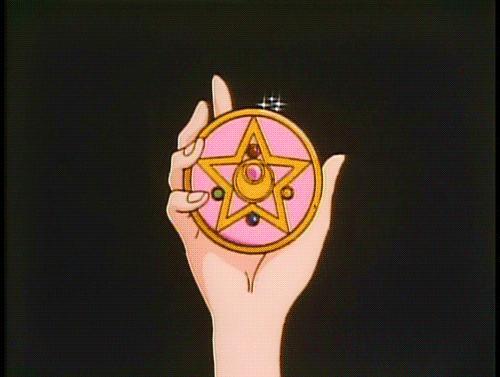 I want to lie and tell you I knew that not all makeup cases would be bedazzled and/or bejeweled. I want to say that I didn’t grow up excited to buy grown-ass woman makeup and find the equivalent of what Serena uses to morph into Sailor Moon. I want to say I knew better than to have my makeup and beauty goals formed by the Sailor Scouts who combined minimalism with and maximalism thanks to friendship and space-sanctioned power and the power of friendship. But nope: just like I watched, waiting for the day I would grow my hair past my shoulders, I watched and believed the compact signalled a call to makeup and action and beauty goals, and told myself that I’d one day grow up to have my own magic compact and have my shit together just as much.

Instead, I buy my pressed powder at a drugstore and drop it at least two weeks in, breaking it and necessitating a new one, even more boring than the last. Sailor Moon, help me.