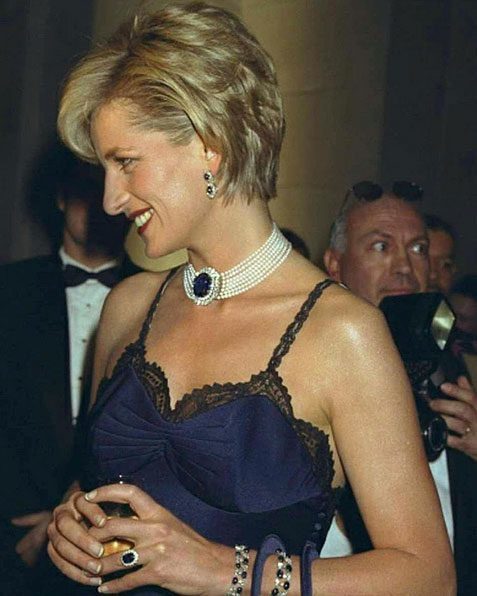 Why Don’t We Ever Talk About Princess Diana’s Hair?

Over the last few weeks, we’ve been privy to a slew of documentaries and TV specials about Princess Diana, coinciding with the 20th anniversary of her death, that have dissected everything from her style to her relationships to the way she raised her sons.

Which is understandable. As a celebrated humanitarian and public figure whose death was nothing short of tragic, it’s valid that two decades after her passing we’ve come to recognize her aesthetic influence as much as we have her familial legacy. But the thing is, while we discuss her gowns, her sweaters, and her controversial choice to wear black, we’ve yet to weigh in on something of equal importance: Diana’s hair.

In 1992, the Princess appeared on the cover of Vogue in a newly shorn hairstyle we now equate to, well, that exact era. Cropped around the back and sides, and blow dried to full volume at the top, the look quickly became a must-have for millions of women (but especially my mom and aunts), and added to Diana’s reputation of being innately unconventional. Especially since the look was, by comparison, risky. While the Queen and Queen Mother boasted short haircuts too, those were both carryovers from specific eras. Even now, the Queen styles her hair the same way she did around her coronation. But Diana, abandoned her shy-Di™ bangs and debuted a highly stylized and sprayed short look. The same year she and Charles announced their separation, FYI.

Unlike her clothes, Diana’s hair didn’t really change over time. While it grew out as the nineties progressed, it remained inherently short and arguably “adult,” a far cry from Winona’s short hair or Demi Moore’s pixie. Then, in the wake of Diana’s death, short hair evolved even further. Drew Barrymore showed up in Scream with a bob, Michelle Williams cut hers off in the late 2000s, and Natalie Portman shaved her head for V For Vendetta. Diana’s look? It found a home in the SNL Mom Jeans™ commercial, so it became clearer and clearer to anybody watching that only a specific type of short hair was acceptable.

Which is as wrong as it is ironic. Particularly because when you remember that Diana’s choice to cut her hair off 25 years ago was an act of liberation — it was an escape from the girl-next-door vibe she’d been synonymous with over the course of her time as an official member of the Royal Family. Furthermore, it was a testament to how little she cared about appeasing second parties. Frankly, outside of wearing black, it was as rebellious as you could be while still an active member of an institution steeped in tradition.

And wouldn’t you know it, but she’s doing both on that Vogue cover. Yes, Queen.