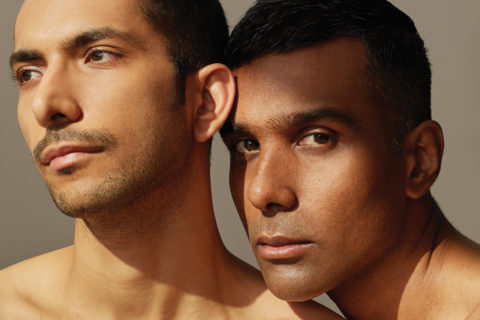 Welcome to My Story, our weekly series dedicated to creatives of colour and their paths to success. By championing these diverse stories and backgrounds, we hope that our understanding of the cultural conversations around beauty and fashion will expand and that respect for our differences will flourish.

The careers and personal paths of fashion photographer Porus Vimadalal and stylist Prayag Menon-Vimadalal have truly been one of a kind.

Partners in both life and profession, the husband-and-husband team met 14 years ago in their home country of India. Porus was nearing the end of his studies in fashion design when the pair’s personal relationship blossomed. But unsure that design was the right career path, Porus, who was inspired by his pilot father, enrolled in flight school in Texas to obtain his Commercial Pilot License—and Prayag happily joined him. “I thought it would be a great escape for the both of us: to be in a different country and just be together,” recalls Porus from his and Prayag’s downtown-Toronto condo one Monday afternoon. The two are sipping on homemade masala chai (a regular ritual in their household) and enjoying a delicious spread of sweet mawa cakes and savoury methi para, two popular Indian tea-time snacks.

The duo were excited to relocate to a country that is known to be far more accepting of homosexuality than their home turf (India only decriminalized same-sex relationships in 2018), but they were unaware of Texas’s right-leaning culture. “It was our first time visiting North America, and I thought: ‘Oh! It’ll be so much more open than India in terms of the two of us,’” recounts Prayag, who was 19 at the time. “I didn’t realize that Texas is very conservative. For certain instructors at our school, it was a shock to see two boys from India who were together.”

13 years ago today, while in Bangalore, I invited @prayag.menon over to “have a chat”. 13 summers later, here we are. I’m luckiest to spend every day together! ♥️

After finishing their flight training, the two returned to Mumbai and began applying for pilot jobs. Around that same time, Porus lost his father and began feeling increasingly unsettled about his career path. “At that point, something switched,” he shares. “I couldn’t concentrate on flying.” He moved to Vancouver, where he enrolled at Vancouver Institute of Media Arts to study photography, his longtime hobby. Prayag stayed behind and continued job hunting.

Post-graduation, the newly minted image taker returned to Mumbai and began shooting smaller projects for old fashion-school friends. And he wrangled Prayag, who has long had a keen sartorial eye, to help with styling.

With Porus behind the camera and Prayag in charge of clothing, their combined skill set created a potent combination, and the duo caught the eye of the editor of Harper’s Bazaar India. “She wrote and said, ‘I really want you, Porus and your vision.’ She invited me to become a contributing editor,” shares Prayag. “I think the fact that we’re a couple and working together also sparked people’s interest. It was very unheard of,” adds Porus.

This was back in 2016, when same-sex relationships in India were still punishable by law. Despite the possible legal sanctions, Porus and Prayag never hid their love. “We were very open about our relationship,” notes Porus. “I would always introduce Prayag as my partner.”

That same year, the couple had an impromptu wedding during a trip to New York. “One night over dinner, our friend said, ‘You know that you can get married in New York, right?’” recounts Prayag. “It made sense: We already had some of our close friends around.” A couple of days later, the pair exchanged vows at New York’s City Hall, followed by celebratory ramen, champagne and shopping.

What came next was a total surprise. “The next thing we knew, our wedding was in the papers in India,” says Prayag. The headlines were uplifting in contrast to those about the devastating Orlando shooting that appeared at the same time. (Forty-nine people were killed at a packed gay nightclub.) “The stories started by talking about how it’s a dark time but then a ray of hope is that photographer Porus Vimadalal and stylish Prayag Menon were officially married in New York,” remembers Porus. “It was quite beautiful.”

Returning home to Mumbai as newlyweds, the couple were hopeful that things would be different. But even though attitudes toward gay people appeared to have softened, challenges still persisted. “We realized that we should get equal rights and equal benefits from our government,” says Prayag. “It’s like we were being treated as second-class citizens.”

Since settling in Toronto in 2018, Porus and Prayag, who regularly jetted back to Mumbai for family and work prior to the COVID-19 pandemic, have successfully managed to make their mark in the Canadian fashion industry. (Porus is a regular FASHION contributor.) As for finally being recognized as legally wed? “It definitely feels good!” smiles Prayag. “We did the right thing.”

Porus and Prayag are just as in sync in their grooming as they are on work gigs, with personal routines steeped in Indian skincare traditions: The duo have an affinity for DIYing weekly face masks by mixing household ingredients like rice flour, milk and almond oil. They’re also advocates of a coconut oil-laced head massage. “Since we were children, our mothers or aunts would warm cold-pressed coconut oil and massage our scalp because it’s nourishing for your hair and helps with dry, flaky skin,” reveals Prayag. Below, the couple unpacks the product heroes that line their medicine cabinet, from personal go-tos to the formulas they both share. 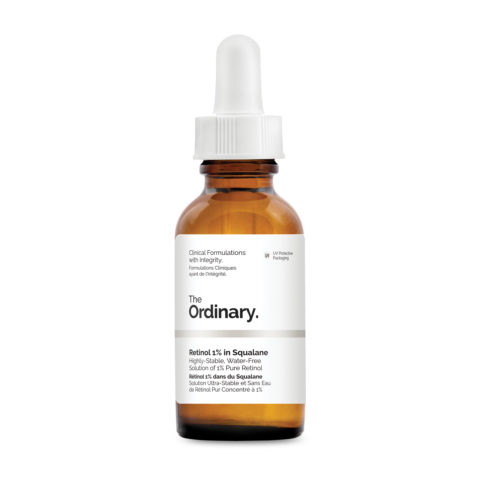 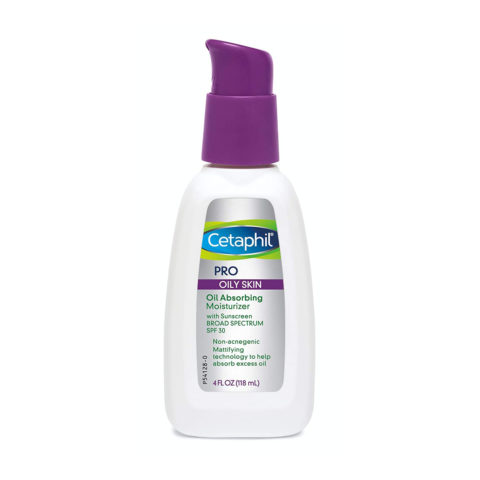 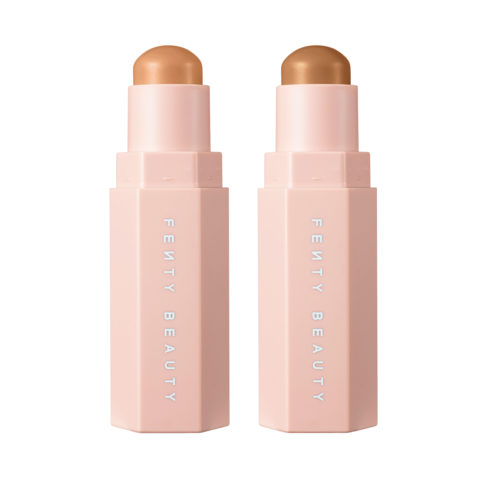 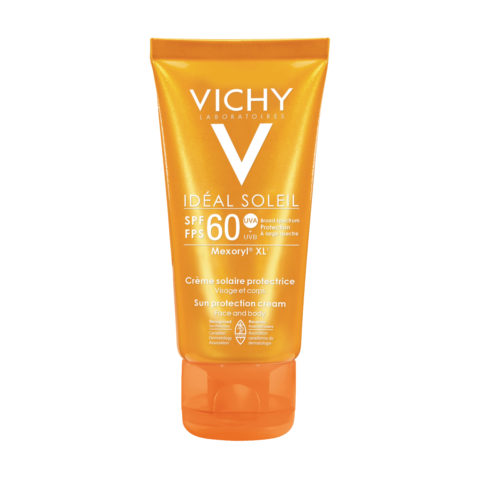 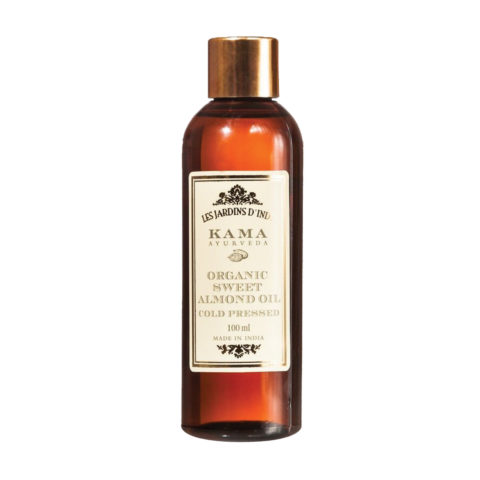 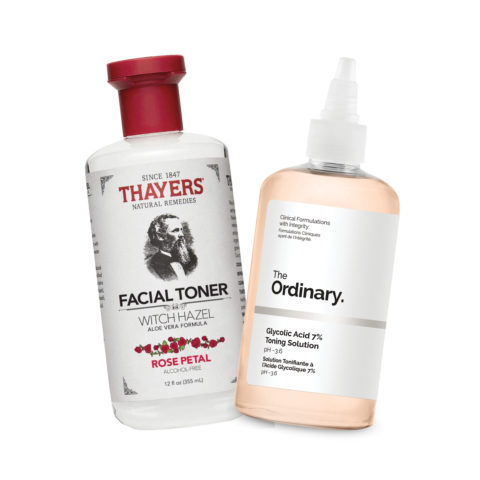 “In the morning, I splash my face with water and apply a moisturizer; at night, I use retinol three or four times a week,” shares Porus.

“This face moisturizer is for oily skin; sometimes I mix it with rosehip oil,” says Prayag.

“We use concealer if we want to hide a spot or blemish or to even out the skin, like under the eyes,” says Porus. “Fenty Beauty Match Stix is very light and natural looking and blends well. I use the ‘Honey’ shade, and Prayag uses ‘Suede.’”

The couple’s desert island product pick is a good SPF. “Every time I step outside, I use sunscreen,” says Porus.

“This brand is from India, and it has really nice products, like body oils. We stock up when we go back home,” says Porus.

“We share toners mostly,” says Porus. “I use them at night after I cleanse my face. I use The Ordinary, which contains glycolic acid, three times a week. The rest of the nights, Thayers works just fine; it’s really mild.” The Ordinary Glycolic Acid 7% Toning Solution, $9, and Thayers Facial Toner Witch Hazel Aloe Vera Formula, $25