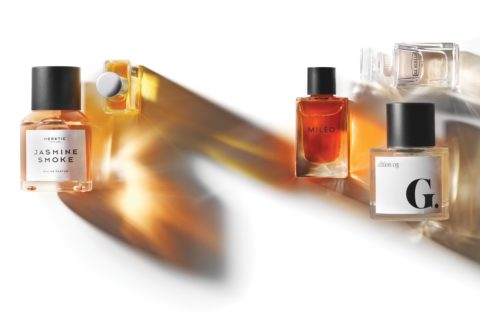 What Exactly Are Natural Perfumes and Why Are They on the Rise?

“I give Gwyneth a lot of credit for going in a direction that’s sexy and provocative and for really pushing the envelope with the fragrances.”

Once when Los Angeles-based natural perfumer Douglas Little met with his supplier, he was handed a brown paper bag containing a wildly fragrant stash. Another time, the man showed up in a coffee shop toting a silver Zero Halliburton attaché. After they sat down, he opened the case to reveal tiny bottles held in place by a custom Styrofoam mould. The heady fragrances in the vials quickly drew a crowd of interested patrons. “He’s my L.A. connection to a distiller—a true artist—in India who makes this incredible blue lily absolute,” explains Little, who is also the nose behind Goop’s innovative fragrance line.

The booming market for natural-fragrance molecules is being driven by consumers who are interested in avoiding certain ingredients. “Endocrine-disrupting chemicals like phthalates are often found in synthetic fragrances,” says Dr. Ebru Karpuzoglu, an Atlanta-based immunologist. “DBP and DEP, in particular, are frequently used to enhance the strength of the scent. But the FDA doesn’t require companies to list fragrance ingredients, as they can be considered proprietary, so it can be hard to know if phthalates are in there.”

That same regulation exists with Health Canada, but some companies, like Phlur, voluntarily list their ingredients, adding that they use “safe synthetics” and no phthalates. Natural fragrances, on the other hand, tend to forgo any synthetics and instead focus on natural materials like
flowers, leaves, resins and barks.

“I think the real enthusiasm for natural perfume began in the last year and a half,” says Little, who first predicted the shift in the market when he was giving a beauty-trends lecture in 2010. “I felt people would rebel against wanting to smell like J.Lo—that there would be a resurgence of individuality. We’ve seen this evolution in the food and alcohol markets with small-batch and artisanal blending and consumers wanting more natural products that offer transparency with ingredients. I saw it as being the future of perfumery.” When an attendee from a large fragrance house called his words “heresy,” Little trademarked Heretic and began mastering the art of natural perfume.

“I felt people would rebel against wanting to smell like J.Lo—that there would be a resurgence of individuality.”

“I give Gwyneth a lot of credit for going in a direction that’s sexy and provocative and for really pushing the envelope with the fragrances,” says Little. (The brand even uses sugar cane alcohol as a denaturing agent rather than the standard SD 40 alcohol.) After finding natural perfume too aromatherapeutic, Toronto-based natural perfumer Courtney Rafuse started creating inventive blends such as cardamom, neroli, pink peppercorn, sandalwood and clove for her company, Universal Flowering. “To me, if you smell natural jasmine and then you smell synthetic jasmine, there’s just no comparison,” she says.

“I give Gwyneth a lot of credit for going in a direction that’s sexy and provocative and for really pushing the envelope with the fragrances.”

“There is legend and mythology around raw, natural materials, and I think nothing is as good,” says Benoît Verdier, co-founder of Parisian fragrance house Ex Nihilo. “Our fragrances are in the Middle East, Europe, Russia and North America, and we are seeing that customers want something more natural. I think it’s not to say no to chemicals but to use them with intelligence.” The brand, which promotes personalization, created Sublime Essences, a trio of essential oils with an almond oil base and an accord of oud, musk or amber plus a small amount of synthetic as a preservative. Pure, natural materials are harder to control and can experience colour changes over time with exposure to oxygen. “A natural fragrance can also become deeper and richer,” says Rafuse. “For a small perfumer, that’s a selling point, but larger fragrance houses want consistency.”

Little agrees and says that naturals often require some education. “The way I describe synthetic fragrance to my students is that it is like oil paint,” he says. “It’s opaque, intense, robust and designed to last. Natural fragrance is like painting with watercolours. They’re transparent and sheer, and they’re not going to last as long. But the end creation is alive. It provides a holistic quality.”

That was the thought behind Milèo, a new collection of chemical-free fragrance oils that also treat the skin. “Oud is the hero ingredient and a powerful anti-inflammatory,” explains fragrance expert Matthew Milèo. “Ambrette seed, which is the only plant-based musk found in nature, contains alpha-hydroxy acid; orris root sweeps up oxidative stress; and East Indian sandalwood helps regenerate skin tissue.” Milèo includes other fragrant, healing botanicals like blue cypress, pink lotus and golden champaca in the four-piece collection and tests all extracts to ensure purity. Since sustainability is an important part of perfuming, he also limits his use of endangered sandalwood to government-sanctioned trees. (Little meets with as many manufacturers as he can to approve best practices, and Ex Nihilo works with famed fragrance house Givaudan and its sustainability program for ingredients like vetiver and Madagascar vanilla.)

The fragrance industry’s growth is spurring perfume suppliers to make new technology and ingredients available so that natural perfumers can create smoother notes that weren’t possible in the past—“things like phenylacetic acid for velvety, suede-y notes and gamma-Decalactone, a natural isolate of stone fruit that we’re using in Goop’s Edition 04 – Orchard,” says Little. “And manufacturers in Colombia are using coconut oil to do enfleurage of tiare, a species of gardenia, so now we have a 100 per cent natural gardenia available to us,” he adds. “I’m an artist, so I won’t say that I’ll never work with synthetic molecules again, but I love that I’m able to be a part of this natural-fragrance movement.” 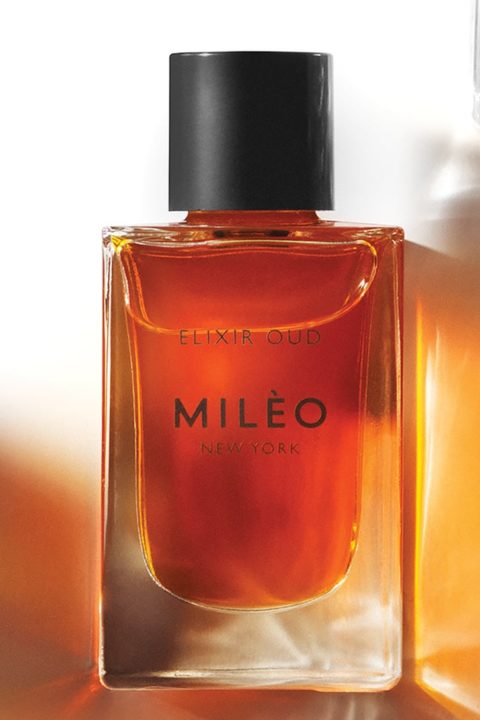 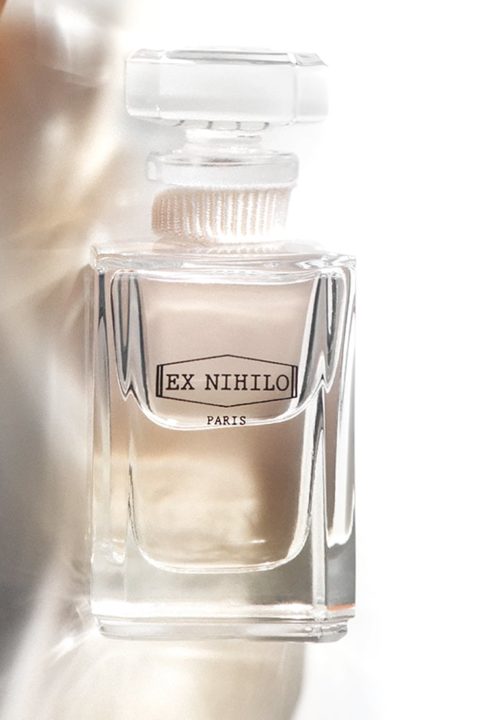 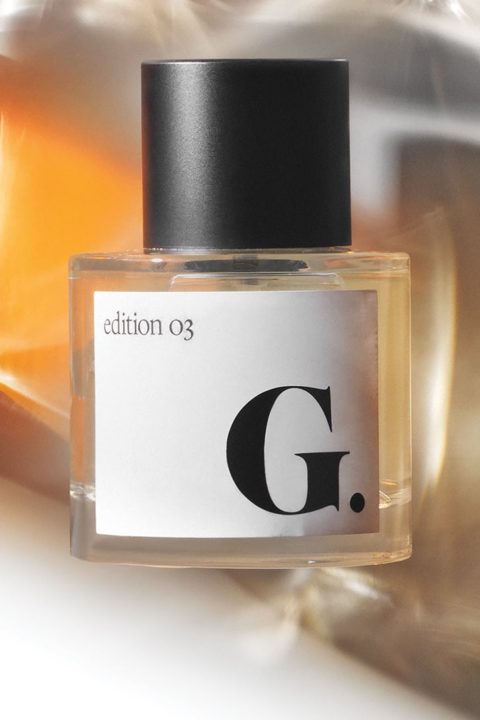 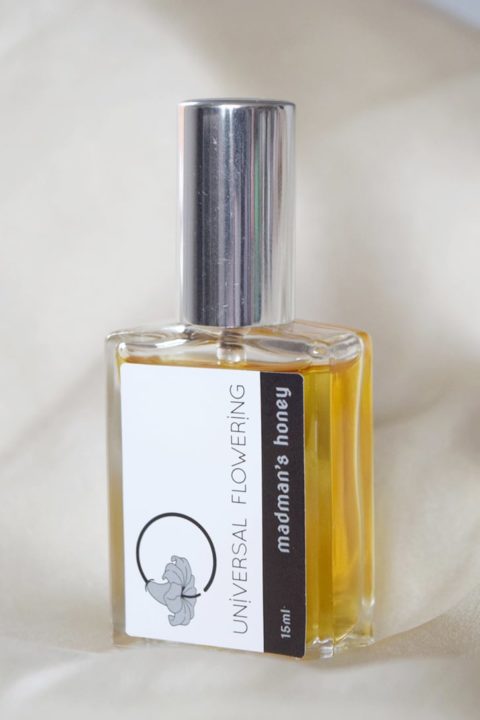 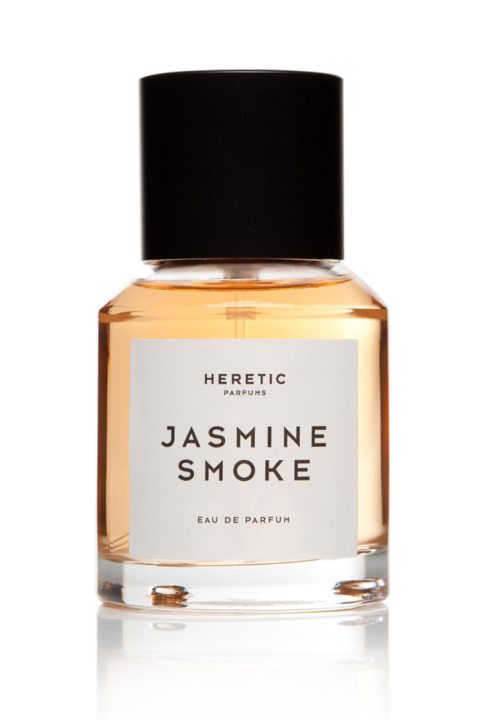