Although Christian Dior the brand is celebrating the 60th anniversary of its Rouge Dior line this year, the truth is that Christian Dior the man made his first lipstick four years earlier. He conceived it in 1949 as a sort of limited-edition gift with purchase, sending it to the most loyal clients of his Colifichet boutique on Avenue Montaigne in Paris as a Christmas present. No doubt those ladies treasured their new makeup staple, as would Marlene Dietrich, Josephine Baker and Grace Kelly some years later.

Since then, Rouge Dior has encompassed 1,500 shades—from the first eight colours designed to match different couture outfits to the lurid ’70s brights dreamed up by former cosmetic artistic director Serge Lutens to the two newest additions: Darling (a vibrant pink) and Trafalgar (a punchy coral). The latter takes its name from Monsieur Dior’s old “Coup de Trafalgar” trick of throwing a notice-me bright red dress into a long runway presentation to make sure his audience wasn’t dozing.

The 32-strong violet-scented line has received the reformulation treatment this time around. In addition to the hydrating hyaluronic acid that went into the formula three years ago, an extract from an edible wild plant called rock samphire that grows on European coasts has been mixed in. Sounding more like an anti-aging serum ingredient than a lipstick additive, it’s been shown to stimulate cellular renewal, leading to a smoother lip surface that reflects more light and makes the pigment appear deeper.

Natalie Portman, the face of Miss Dior Cherie fragrance since 2010, adds lipstick model to her portfolio here. The relationship got off to an inauspicious start: Portman’s first fragrance ad coincided with then-Dior designer John Galliano’s infamous drunken anti-Semitic rant, to which the Jewish actress responded by announcing she would “not be associated with Mr. Galliano in any way.” Luckily, she’s fully on board with the house’s new designer. “Raf Simons’s universe is vast, steeped in artistic and aesthetic references,” she says. “This way of integrating art into fashion is very interesting to me. I’m very happy to wear his designs.”

The Paris HQ is a familiar place for Portman, who lived in the city while filming her first movie, 1994’s Léon: The Professional. Her tastes then ran a little less sophisticated. “I used to eat crepes for every meal and go to [the giant indoor waterpark] Aquaboulevard on weekends,” she says.

Portman is on screens this month in the Marvel superhero sequel Thor: The Dark World; next up is the artsier Knight of Cups, co-starring Christian Bale and directed by Terrence Malick (The Tree of Life, Days of Heaven), who furnished her with “lots of books and movies” for inspiration and provided “a great deal of material and freedom.” Another Malick project, with Bale, Rooney Mara and Ryan Gosling, is on the horizon.

An erudite Harvard grad, Portman is known for her stance on animal cruelty—she had a vegan wedding and at one point her own non-leather shoe line—among other charitable endeavours. She ensured that Dior will donate the profits from one lipstick shade—Grège, a neutral grey-beige—to the Canadian organization Free The Children, which focuses on child exploitation around the world. “Their philosophy, based on the help and involvement of children from prosperous countries, particularly appealed to me,” she says. Presumably she’d like her own son, Aleph, now two, to take part one day.

Portman’s chosen Grège shade is based on the neutral Bar suits of Christian Dior’s first collection, examples of the indelible New Look silhouette, but it’s the many variations of red—another early favourite of the couturier—that dominate. He employed scarlet fabrics that he named “Satan” and “Scream,” and was rewarded by acclaim that would set his house on a long and prosperous course. As Dior himself liked to say, “My lipstick-covered cheeks are the surest proof of the success of my collection.” 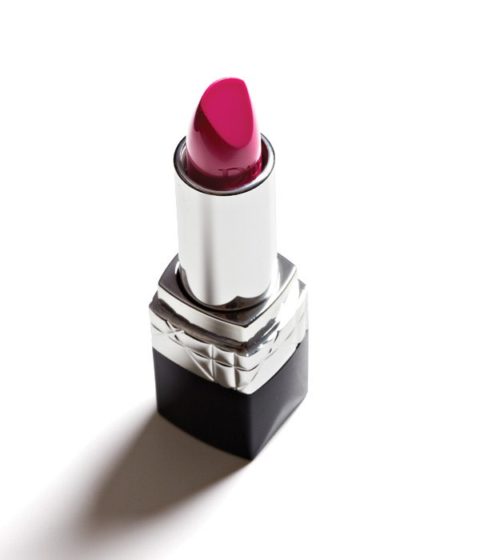 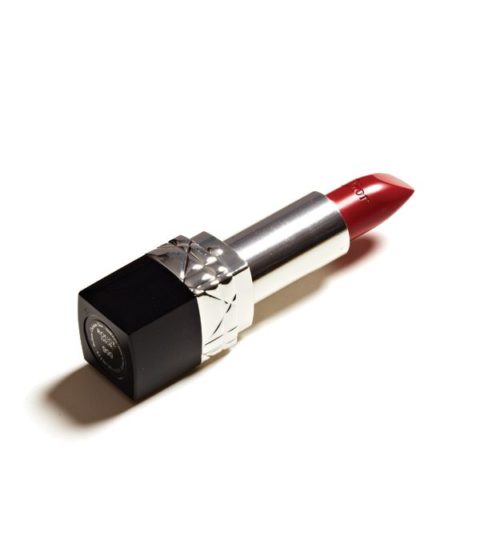 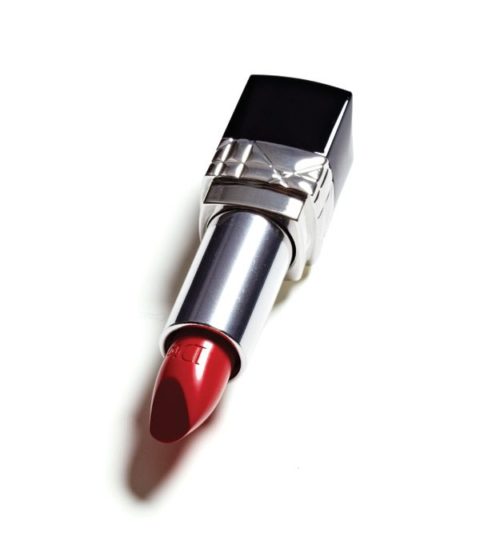 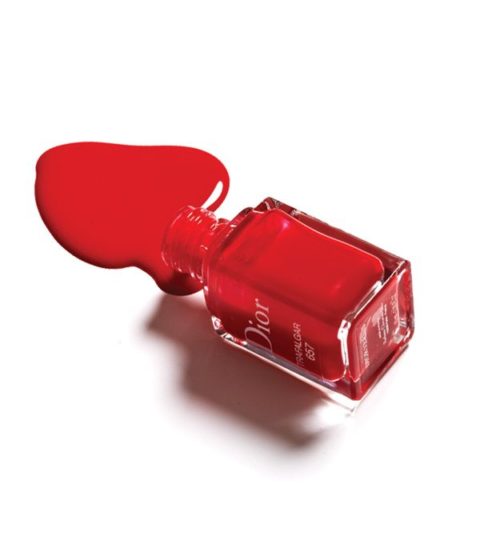