Photographic Memory: François Nars on Guy Bourdin and how his photography inspired a high-wattage holiday collection

Growing up, François Nars didn’t waste his affection on teen idols and pop stars. While others were tearing pages from Tiger Beat magazine to make Donny Osmond-themed collages, Nars’s bedroom walls were papered with the cinematic pictures of fashion photographer Guy Bourdin, ripped from Vogue Paris and Harper’s Bazaar. “I was such a fan when I was a kid,” recalls the makeup artist. “I woke up to the fashion world through his images.”

Since launching his namesake collection in 1994, Nars has honoured the late photographer through palette colours, shade names and advertising campaigns, but now he’s paying a bigger tribute to his hero with a holiday collection inspired by some of his favourite shots. “I was really inspired directly by the makeup in those photographs,” says Nars, who translated it into intensely pigmented lipsticks, nail polishes and eyeshadows (from $21, narscosmetics.com).

It’s a fitting homage, given Bourdin’s reputation for being heavily invested in the beauty looks for his pictures: He would inspect the hair and makeup before he even began shooting. “It was a big production, and it always started with the model and the makeup,” said Bourdin’s son Samuel at a preview of the collection in Paris.

The model was often Nicolle Meyer, who met Bourdin when she was 17. Her portfolio was thin, but the astrology-obsessed photographer booked her that same week—he preferred working with unknown faces—after checking her identity card to make sure their birth signs were compatible. “With none of his contemporaries was makeup so paramount,” writes Meyer in Guy Bourdin: A Message for You.

The woman behind the beauty aesthetic that became Bourdin’s signature is Heidi Morawetz. “She was very much responsible for the amazing look of Guy’s models,” writes Meyer. “The preternatural cheekbone blush, hues of blue and purple highlighting powdery-pink body makeup… lips dripping with gloss, a [beauty mark] on the cheek, dusty charcoal eyeshadow, furry fake lashes, accentuated features.” An art school grad, Morawetz met Bourdin through her best friend—his wife, Solange—and though she had never done makeup, he talked her into it. The two worked together closely in the early ’70s, before Yves Saint Laurent—a fan of Bourdin’s work—nabbed her to create his house’s first cosmetic line. Karl Lagerfeld came knocking next, and she signed on to do the same for Chanel (the oft-referenced Vamp nail polish was her brainchild).

“You have to understand each other,” says Nars of the relationship between photographer and makeup artist. He would know—he shoots all of his own campaigns. “The photographer has to fall in love with [the subject], and if the makeup artist isn’t close to them or does a bad job, they won’t inspire the photographer.”

In that pre-digital era, Morawetz had her work cut out for her, especially with Bourdin’s affinity for models showing skin. Every last inch of the model—even between the toes—had to be photo-ready. “I would be stark naked, and she’d have her little sponge and put on full body makeup,” recalls Meyer.

In some cases, Bourdin’s demands for perfection extended beyond the face and body: On one shoot in Miami, he wanted the water to be bluer. “I asked a friend of mine, who is a chemist, what I could do to make the Atlantic Ocean look really blue,” Morawetz told Interview magazine. “He got me some chemical thing… it was blue, but it didn’t last long enough to get the picture.” Another Morawetz special effect: In one of Bourdin’s most well-known Charles Jourdan shoe ads, she took a blood-red nail lacquer and made it appear as though it was spilling from Meyer’s mouth as she lay face-down in a crime-scene pose.

While Morawetz was executing the makeup, the clouds of brushed-out curls came courtesy of Valentin, a hairstylist Bourdin recruited after seeing him get into a fistfight defending a friend. “Guy phoned me the next day and said, ‘I need someone like you. I need somebody with guts who believes in friendship,’” he recalls. Bourdin was “obsessed with curly hair,” says Valentin, adding that everything had to be done with a curling iron and two hands due to the lack of volume-boosting hair products in those days. Being on set was also a completely different experience: “All the girls then were more like actresses. Every picture was like a little film. Now it’s just about looking good.”

Nars owns an original print of the girl with the telephone (the photographer did not name any of his works), for which Valentin curled and teased the model’s hair and Bourdin used a wind machine. The photograph inspired the new One Night Stand palette, a mix of bronzer and blushes including Orgasm, the brand’s cult favourite peachy pink, which could easily stand in for whatever Morawetz used on the shoot. “You have people that you discover when you are a kid that really stay with you all your life,” says Nars. “Guy is always in the back of my mind. He’s always present.” 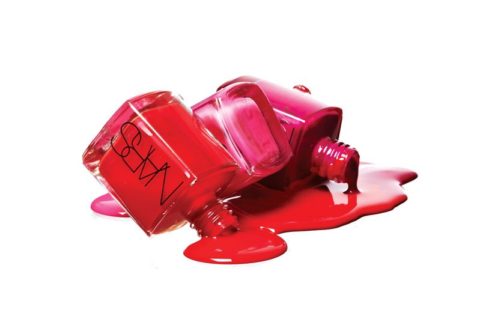 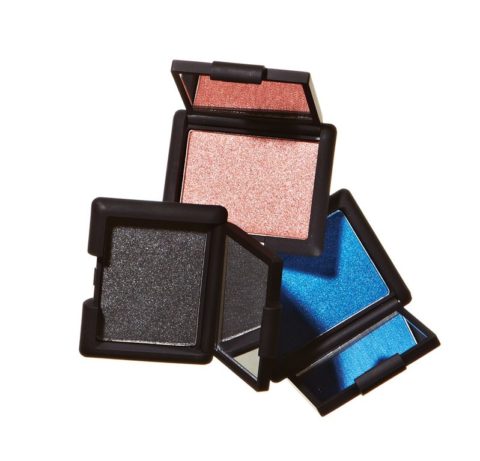 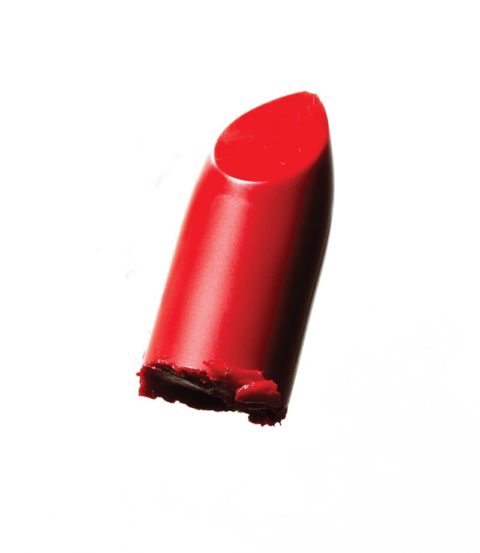 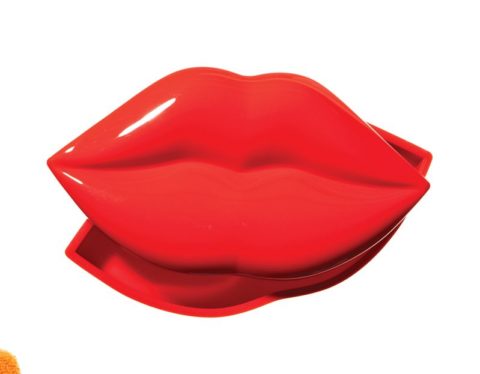 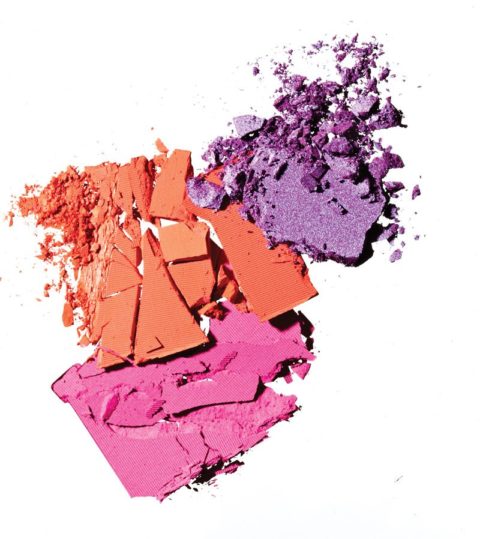 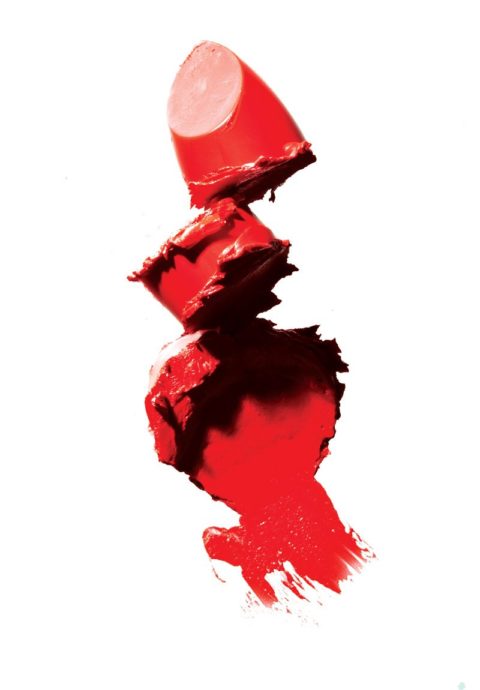 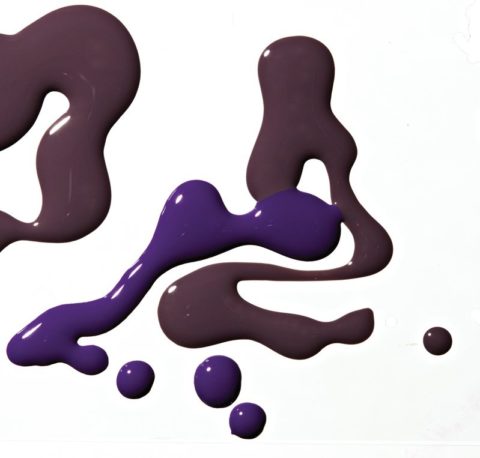 Nars Nail Polish in “Tomorrow’s Red,” “Union Libre” and “No Limits” ($19 each, narscosmetics.com)

Nars Cinematic Blush in “Exhibit A” and “Coeur Battant” and Eyeshadow in “Rage” ($29 each and $24, narscosmetics.com)