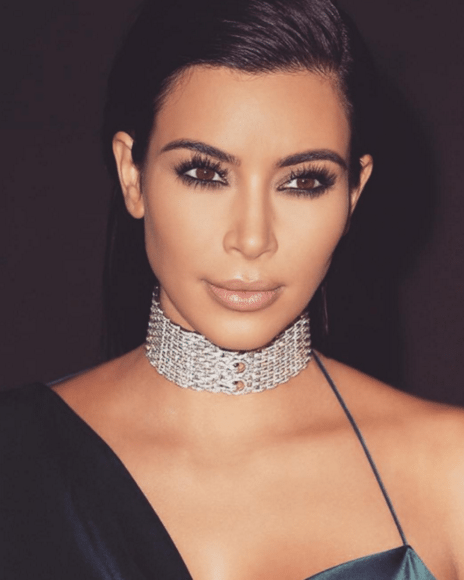 The 14 Most Expensive Celebrity Beauty Routines Ever

This is the time of year when beauty obsessives flood Sephora and track down deals online, bragging about their hauls on social media or hiding the bags from judgmental loved ones. Well, if you end up spending a little more than you meant to this holiday season, at least you can rest assured that it will never come close to the extreme heights that some celebrities’ credit cards reach. Many of them pay thousands of dollars per week to keep their hair, nails, and skin looking their best.

Of course, we don’t say this to judge. A lot of times stars will get products and treatments for free, and even when that’s not the case, you could say that it’s part of their job description to keep themselves in top shape. Still, at times things can get a little excessive, and when that happens it’s hard to know whether to be incredulous or jealous. Let’s be honest, you’ll probably be a little bit of both after reading this list of insanely expensive beauty treatments undertaken by celebrities. At the very least, you’re sure to feel better about your own beauty splurges this Black Friday.

1. Let’s start things off nice and easy with Catherine Zeta-Jones, who enjoys a luxurious caviar hair treatment at Hari’s London salon. Yep, she regularly spends $150 getting this hour-long conditioning treatment that nourishes hair with omega 3 oils. It’s pricey, but still in the realm of reason. And admit it, wouldn’t you shell out way more than $150 to have her hair?

2. This next one is a little more bonkers, but not just because of the price. Victoria Beckham is apparently a big fan of the Geisha facial at the Shizuka Day Spa in New York. This is a 60 minute treatment that costs $180 and involves powdered nightingale droppings. In other words, the secret to looking like Victoria Beckham is rubbing bird poop on your face. We’ll pass.

3. Gwyneth Paltrow has shelled out $195 for this Stem Cell Transformer that contains a synthetic version of snake venom, which supposedly helps to tighten up one’s skin in a way similar to Botox. Hopefully someone will tell her about retinoids (which, unlike synthetic snake venom, are proven to help with aging concerns) before she graduates to goading an actual snake to bite her face.

4. Another expensive beauty product that has celebrities enthralled is the EMK Rescue Serum, which costs $195 and contains plant placenta (thankfully not human placenta… although we’ll get to that later, unfortunately). Celebs such as Eva Longoria, Madonna, and Martha Stewart all love it for their skin.

5. For royalty, Kate Middleton seems fairly low-maintenance–but even she has the occasional splurge. The Duchess of Cambridge is said to enjoy a $250 facial by Deborah Mitchell of London’s Hale Clinic and the Heaven salon in Shropsire. The treatment contains bee venom, as a natural alternative to Botox, and Kate apparently likes the results so much she even uses their bee venom mask at home. Now we can’t get the image of Will and Kate face-masking together while watching Netflix out of our heads.

6. Angelina Jolie has always been naturally gorgeous, but apparently she likes to supplement that with this luxurious La Prairie Caviar Cream. The cream costs $710 for 100 ml and contains actual caviar to give the skin a protein boost. Anyone else suddenly planning to rub caviar on their faces tonight?

7. Beyonce does everything on a higher, more glamorous level than regular humans, including manicures. For her Mrs. Carter World Tour promotional video, Beyonce paid a whopping $900 for fabulous gold nails by H&H Nails (and we think it was totally worth it).

8. And now we arrive at the human placenta facial. Yep, Jennifer Lopez loves to get a placenta facial from Lancer Skincare up to twice a week, which costs a total of $1,000 per week. And she’s not the only one: Harry Styles and Kim Kardashian reportedly get this treatment as well.

9. Speaking of Kim Kardashian, you can’t say the girl ever said no to trying new (and crazy) things, especially in the pursuit of youth and beauty. She chronicled one of her wackier skin care adventures on her reality show when she went to get a $1,500 vampire facial–which is basically exactly what it sounds like. Blood extracted from your arm is then applied to your face, giving you the opportunity for a Snapchat story that your friends will never be able to forget.

10. Serena Williams has a unique ability to tell the difference between the feel of regular bathwater and Evian water. At least, that’s what she said when she took a $5,000 bath in a 350 gallon tub filled up with 1,000 litres of Evian water at the Hotel Victor in Miami.

11. When Mila Kunis treats herself, she knows how to do it right. The star reportedly got a $7,000 HD diamond and ruby peel from Scott Vincent-Borba of BORBA–not just once, but twice. Apparently the precious stones serve as a great source of antioxidants.

12. Rihanna’s hair changes every week… to the tune of a whopping $20,000. Apparently she pays her hairdresser Ursula Stephen around $3,000 a day in return for the ability to constantly reinvent her look.

13. Kelly Osbourne takes the cake with her $250,000 manicure at the 2012 Emmys. The manicure, which caused an uproar on social media for its wild extravagance, was encrusted with black diamonds. Osbourne’s response to the outrage was, basically, “YOLO!” We can’t argue with that.

14. Finally, there’s Jessica Simpson‘s beauty routine which is rumoured to cost the star around $1 million a year. Wondering how that’s even possible? Let’s break it down: Simpson doles out $1,000 a week for tanning, $1,000 a week on eyelash extensions, $2,000 a month on cellulite treatments, $4,500 a week on her trainer, $50,000 a year on bust-enhancement treatments, and $230,000 a year on hair. Suddenly we find ourselves feeling disappointed that Simpson’s 2010 reality show The Price of Beauty wasn’t all about her own insanely expensive regimen. Now that would have been shocking reality TV.