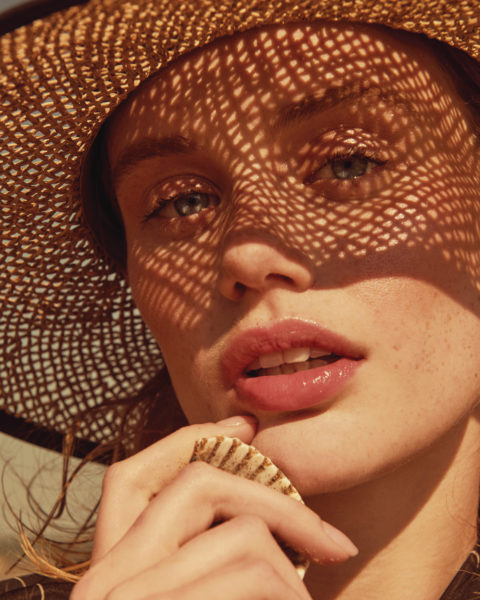 From Ingredient Safety to Environmental Concerns, Why You Might Want to Only Use Mineral Sunscreen

With ingredients like oxybenzone and avobenzone under increased scrutiny, and the damage chemical filters may be causing to coral reefs, physical sunscreens seem like the way to go.

In 1944, Benjamin Green, a World War II airman, developed one of the first sunscreens. Described as a ruby-hued petroleum jelly (Vaseline, but make it red), it was a standard in the water survival kits of American soldiers serving in the Pacific. Post war, Green altered the formula, adding cocoa butter and coconut oil and the resulting recipe became the first iteration of Coppertone.

Earlier this year, the nostalgic suncare company marked another milestone: the debut of its first mineral-based (a.k.a physical) sunscreen. The zinc oxide-only formula echoes a growing trend, with more and more brands leaving titanium dioxide–a mineral filter often paired with zinc–out of the mix.

“Titanium dioxide can be considered a bonus ingredient in that it increases the SPF, but it provides minimal UVA protection, while zinc oxide on its own is considered a broad-spectrum UV filter because it protects from both UVB and UVA light,” says Dr. Sharyn Laughlin, dermatologist and co-founder of The Sunscreen Company. (A little refresher: UVA rays accelerate signs of aging like wrinkles, while UVB rays cause sunburn.)

Of the more than 15 UV filters available, the FDA singled out zinc oxide and titanium dioxide as the only two it considers safe and effective.

Coppertone’s latest launch also corresponds with another trend: the continued rise of mineral-based sunscreens, which offer an alternative for anyone concerned about the safety of ingredients found in chemical-based (a.k.a organic) sunscreens. It’s a subject that has received significant attention in part because of organizations like the Environmental Working Group, but had been dismissed by many in the cosmetic industry and labeled by some as fear mongering.

That is until earlier this year when the U.S. Food & Drug Administration (FDA) announced a forthcoming update to its safety guidelines around sunscreen ingredients, the first in 40 years. Of the more than 15 UV filters available, the FDA singled out zinc oxide and titanium dioxide as the only two it considers safe and effective, while chemical UV filters like “avobenzone and oxybenzone require further study to confirm their safety and ensure they are not being absorbed into the body and acting as potential endocrine disruptors, which affects hormonal health,” says Dr. Laughlin of the FDA’s announcement. To date, Health Canada has yet to make a similar statement.

Meanwhile, earlier this year, Key West, Florida joined Hawaii in banning the sale of sunscreens with oxybenzone or octinoxate, two chemical UV filters that are believed to be harming coral reefs in tourist spots. With skin cancers like melanoma on the rise, the forthcoming ban—which takes effect in 2021—has dermatologists concerned. “We want people to be protected from the sun,” says Toronto-based dermatologist Dr. Julia Carroll. “I know that my American colleagues have been lobbying governments, asking them to take a breath and make sure it’s actually chemical UV filters causing this [damage to the coral reefs], before we take yet another tool out of our belt.”

“What is starting to become clear is the idea that coral is like a canary in a coal mine,” says Dr. Laughlin, who believes that currently the only reef- and people-safe sunscreens are mineral sunscreens which she says “are as effective or more effective” than conventional chemical sunscreens.

While the science of the ecological impact of sunscreens on marine life is still emerging, the evidence is alarming. Dr. Laughlin’s partner and brand co-founder Dr. Denis Dudley is currently working with a team of marine biologists at Nova Southeastern University in South Florida to investigate how chemical UV filters appear to adversely affect coral and marine organisms in the same way they affect humans, and “what is starting to become clear is the idea that coral is like a canary in a coal mine,” says Dr. Laughlin, who believes that currently the only reef- and people-safe sunscreens are mineral sunscreens which she says “are as effective or more effective” than conventional chemical sunscreens, as long as the formula has a minimum of 15 percent zinc oxide; anything less isn’t adequate.

There’s another option, too. One that dermatologists have long preached: wearing sun-protective accessories and clothing. In fact, wearing a wide-brimmed hat and long-sleeve top made of tight-weave fabric, and filling in the gaps with sunscreen, can be more effective than just slathering on sunscreen head to toe, says Dr. Carroll, especially considering consumers don’t always apply and reapply enough SPF. And since statistics show that between 6,000 and 14,000 tons of sunscreen are estimated to be released in the world’s oceans each year, wearing a swim shirt or rash guard means less of your sunscreen washing off into the water. 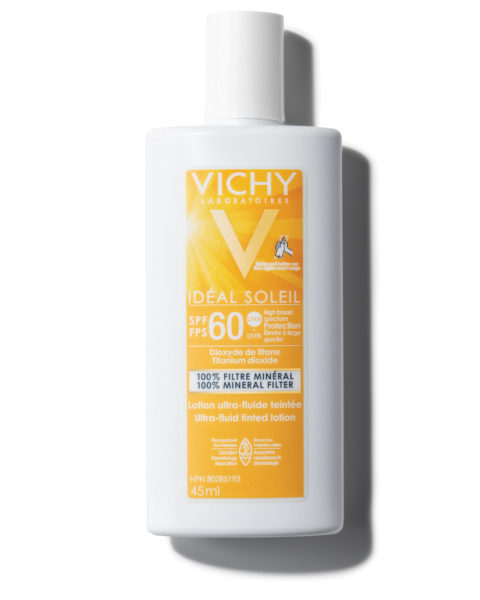 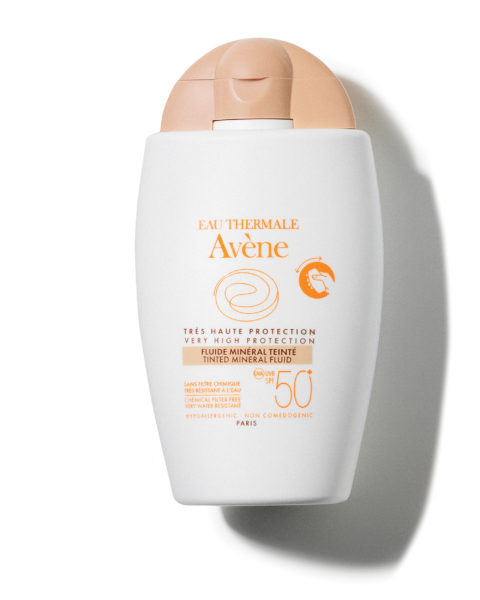 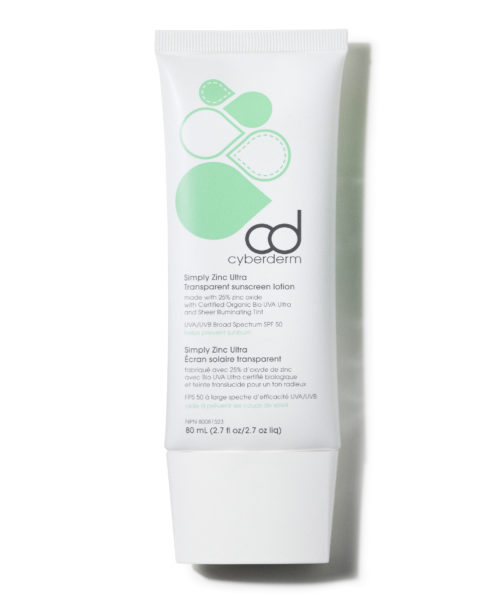 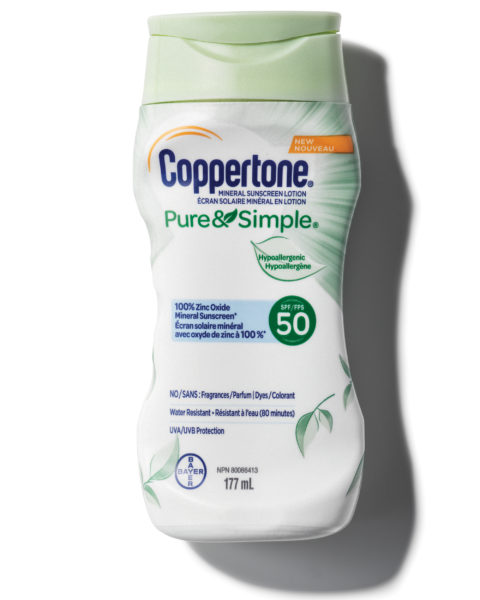 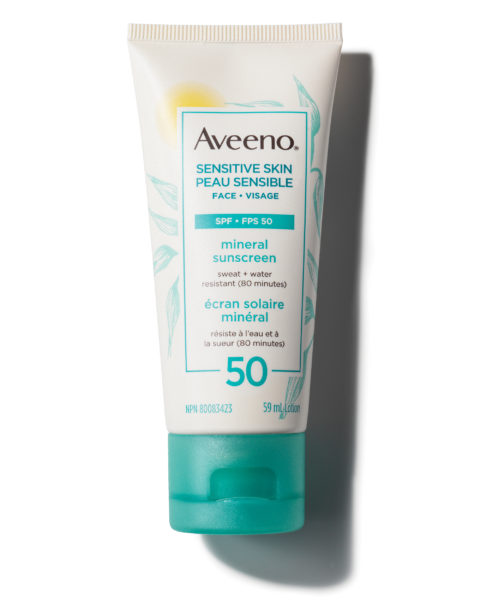