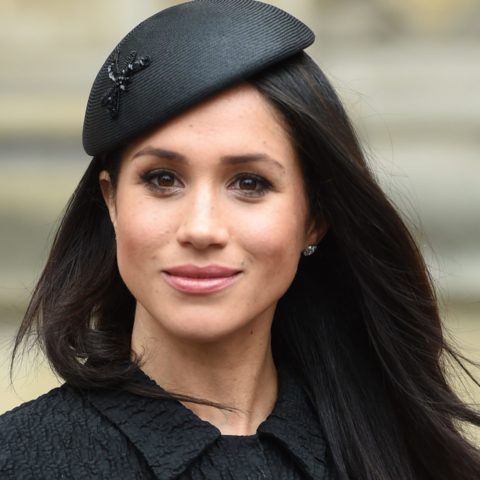 Meghan Markle is no stranger to Toronto. During her seven-year stint as Rachel Zane on the legal drama, Suits, which filmed here for nine months a year, Markle became a regular at plenty of Toronto favourites. Some of her go-tos? Terroni for pasta and pizza, Cocktail Bar for drinks, the Miraj Hammam Spa by Caudalie Paris for massages, and W Skincare for facials.

While I’m well acquainted with the first three, I had never visited W Skincare before, and I knew I immediately had to change that. If Meghan Markle swore by it, I had to try it.

The treatment involves an exfoliation via the microdermabrasion (which is a non-chemical, non-invasive procedure which uses microcrystals to basically vacuum up your outer layer of dry, dead skin cells, revealing the smoother, healthier skin underneath) followed immediately by the cold laser treatment, which involves a tiny flashlight-looking device being massaged all over your face. The entire process is totally painless and takes 60 to 90 minutes (many of which were spent gossiping and speculating about the Royal Wedding, because hello, did I mention Zimmerman was Meghan Markle’s go-to facialist for years?!). I went in for two sessions, about two weeks apart from one another, and only had the cold laser during the first session, because as a regular glycolic acid user, I needed to take a break from AHAs and chemical exfoliants that may increase skin’s sensitivity before I could have a procedure like microdermabrasion.

And that’s it! After each session, but especially after the second one, my skin was noticeably tighter, plumper and dewier, and my pores appeared less congested and full of, for lack of a better term, gunk. The best part is that the effects last for months and only get better over time.

When it comes to skin treatments, there are so many options and varieties that often, many procedures simply aren’t worth the hype. Zimmerman’s treatment truly is. It’s easy to see why it’s a favourite of celebs and a soon-to-be royal.

Photography by WPA Pool/Pool/Getty
Get the best of FASHION in your inbox Thanks for signing up!
The latest fashion, beauty and celeb news delivered right to your email #FASHIONforall Now, check your inbox to complete your subscription
We won’t ever use your email address for anything else
Want even more FASHION? Follow us on social media.