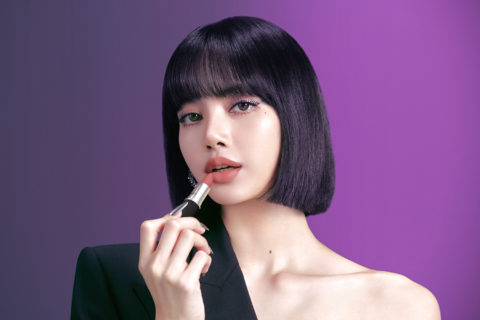 Of her appointment, Lisa – who wears the Powder Kiss Lipstick in Mull it Over in her first campaign image – said in a release, “I have always been a big fan of MAC! I like how the brand turns makeup into a form of self-expression which always gives me great confidence on stage,” adding that she is “excited to invite and empower more audiences” through the partnership with the brand “as we both have individuality and diversity at our core.”

Drew Elliott, the senior vice president and global creative director for MAC, said in a release that is the star’s “unparalleled talent and bold, fashion-forward style [that] make her the perfect choice for MAC. Always confident and never one to shy away from risks, she embodies our commitment to celebrating individuality and self-expression above all else.” Sharing the news via Instagram, MAC added that it has “so many major surprises in store” for Lisa as part of her role.

In addition to fronting campaigns and various as yet undisclosed projects, the partnership will also see the Blackpink star – who has over 40 million followers on Instagram – “work with MAC makeup artists to showcase her signature looks, share beauty secrets, skincare regimes and lifestyle with MAC fans.”

Although this marks the star’s first major beauty role, she has previously appeared in front of the lens for Bvlgari (for whom she was recently named an ambassador) and Celine. In fact, she was the first ambassador chosen by Hedi Slimane after he took the reigns at the French fashion house.

Photograph courtesy of MAC
Get the best of FASHION in your inbox Thanks for signing up!
The latest fashion, beauty and celeb news delivered right to your email #FASHIONforall Now, check your inbox to complete your subscription
We won’t ever use your email address for anything else
Want even more FASHION? Follow us on social media.