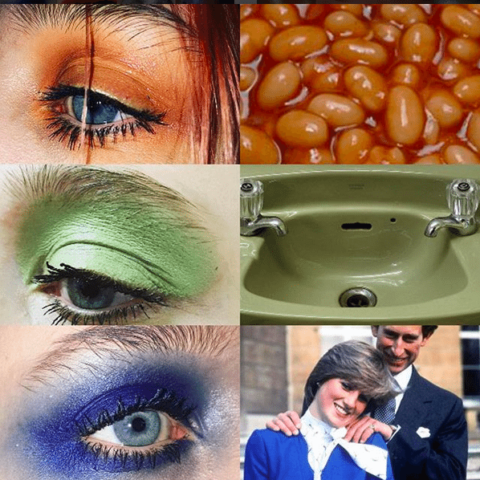 M.A.C. Makeup Artist Terry Barber Talks About Beauty Like No Other

There’s a million and one makeup artists in the world but few talk about beauty in the way that M.A.C’s Director of Makeup Artistry Terry Barber does. Whether it’s the way he describes a look he did backstage at Fashion Week or the captions for his Instagram posts, what he says is always irreverent and intelligent. Barber was recently a guest on a podcast called The Beauty of Vanity Now, a series by British bi-annual magazine Beauty Papers and retailer Harvey Nichols, which is actually where Barber began his career with M.A.C in 1994, working at their first counter outside North America. He even remembers that a regular customer was the not-yet-famous Pat McGrath, who would drop by and say, “Oh you’re making me spend money again.” Here are the most interesting things he talked about:

When he assisted Val Garland, he would take a mortar and pestle to makeup tests with Alexander McQueen. “There were certain skin effects that he wanted and there wasn’t a makeup product which was an equivalent.” He and Garland would create variations of “super skin” for the designer; sometimes it was cold and and “a bit cadaverous”, sometimes “milked out”. Barber also thinks that some M.A.C products now come from ones probably made for McQueen such as Strobe Cream and Hyper Real Foundation. “It had a pearl through it so it actually almost looked like plastic, like synthetic skin.”

He’s not a celebrity makeup artist and doesn’t want to be. However, he has had a chance to work with some famous women who he says taught him more about the art of beauty than anyone else, such as Grace Jones. “She used to use a concealer for white skin to highlight and it almost looked grey on the skin, but she liked that because it made her look like she was under a blue light.” He also worked with Liza Minelli for a week and said everything on her face had to be in the shape of a heart. And Pamela Anderson schooled him on how to mix the Baywatch pin-up girl with “the right sprinkle of grunge.”

Social media has made information about beauty more accessible, resulting in women knowing more about how to apply makeup. But what’s arisen is a one face fits all perspective, that looks either Disney princess or trophy girlfriend. And this generation sees any form of naturalness as failure. “Everything has to be a transformation, never an enhancement.”

His Instagram is meant for people that don’t get catered to by social media. “People who are not into celebrity details. They’re more into style, mood and nuances and little tweaks.” It’s a mix of humour, wit and irreverence coupled with the idea of “wrong but right.” Next to an eye shadowed with pink, he’ll put a packet of ham rather than a beautiful sunset.

The proliferation of self made experts who do makeup tutorials annoys him so much he needs to remain in a bubble to stay sane. “I have no problem with there being a culture of that glamour girl, that celebrity transformation existing,” he says. “When it’s the only option, that’s when I have a problem. Women are being sold a caricature, not style.”

“Makeup to me is a language.” Barber believes that it’s not about putting the perfect liner on, it’s “sticking your finger in it, moving it around or melting it into the skin that creates the language that a woman wants to speak”. He’s far more fascinated with
the pulling apart and wearing down of makeup than putting it on perfectly.

Photography via instagram.com/@terrybarberonbeauty
Get the best of FASHION in your inbox Thanks for signing up!
The latest fashion, beauty and celeb news delivered right to your email #FASHIONforall Now, check your inbox to complete your subscription
We won’t ever use your email address for anything else
Want even more FASHION? Follow us on social media.