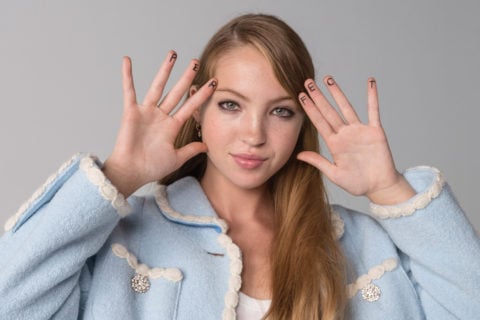 Kate Moss’ Daughter Stars as One of the Faces of Marc Jacobs’ Latest Scent, Perfect

And the new juice is about being truly and unapologetically you.

Marc Jacobs has many tattoos—some fun and whimsical and others that hold a deeper meaning. At least two are also inspo for his work: “Shameless,” tattooed on his chest, is the name of the Marc Jacobs Beauty foundation line (launched in 2018), and “Perfect,” which is inked on the inside of his wrist, is the jumping-off point for his latest fragrance.

But Jacobs’s new scent isn’t about striving for perfection. When he first got the tattoo, it was to serve as a bulwark against negative thoughts and insecurities like “I could be stronger in this way or better at that thing,” he explains in the press release for the fragrance. “I can just say ‘No, I’m exactly how I need to be right now.’ So…perfect.”

The campaign boasts a cast of 42 people selected via social media for a series of portraits celebrating individuality. One of those faces is none other than Lila Moss, the 17-year-old daughter of supermodel Kate Moss, who made an entire career out of what some have called her “imperfect beauty.” The OG Moss has been a muse and BFF to Jacobs for almost three decades, starting with the first show he cast her in—the infamous Perry Ellis Spring 1993 grunge collection—which roundly offended fashion sensibilities and got Jacobs fired but proved to be ahead of its time.

The young Moss’s first modelling gig was in 2018 as the face of Marc Jacobs Beauty. “It felt a bit like an intersection of my personal and professional life coming full circle as we gathered in the studio,” Jacobs wrote on Instagram. When asked about what “perfect” means to her, Lila said: “It’s about having the confidence to be yourself and knowing that you’re perfect as you are. There’s definitely not one thing that makes you perfect; it’s a combination of all of your great qualities.”

Perfumer Domitille Michalon Bertier set out to create a scent that would live up to its name. Described as an addictive floral, the fragrance features the daffodil, which was a deliberate choice. “The idea was to find a flower that is not perfect,” she explains. Unlike the elegant and hardy rose, the springtime bloom is a wildflower that is fragile and cannot be cultivated. When used in perfumery, the scent needs to be quickly extracted before it fades away. Michalon Bertier also used rhubarb—“that is also not an easy smell or taste for people because it’s very acidulous”—to add a crispy top note and paired it with almond milk, cedarwood and cashmeran for a creamy, musky finish.

Jacobs was involved in every aspect of the scent’s development and was determined to perfect the details on the bottle cap, which include a cherry, a star and dice—all recurring motifs in his designs. The end of the project happened to coincide with the designer’s wedding. Last April, Jacobs tied the knot with his longtime partner, Char Defrancesco, in New York City. It’s only fitting that Kate Moss and her daughter were in attendance to celebrate another major milestone in his life.

Photography by David Haeuser for Marc Jacobs Fragrances
Get the best of FASHION in your inbox Thanks for signing up!
The latest fashion, beauty and celeb news delivered right to your email #FASHIONforall Now, check your inbox to complete your subscription
We won’t ever use your email address for anything else
Want even more FASHION? Follow us on social media.