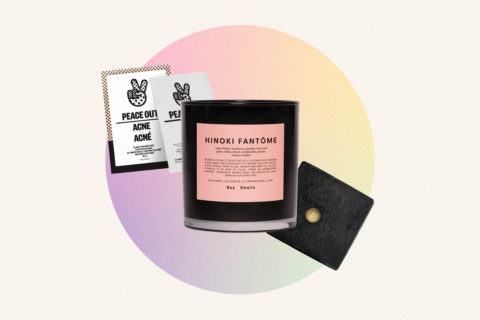 This Pride season, let’s put our dollars toward LGBTQIA2S+-founded and -owned beauty brands that are championing and supporting queer communities year-round.

Pride month welcomes us with colourful sidewalks, the strategically planned product launch and a month’s worth of rainbow washing. Even as many beauty brands are vocal in their support of LGBTQIA2S+ people and communities, the industry has been criticized for tokenizing queer and trans people. Beauty means so much to queer and trans folks — it is affirmation, it is visibility and, often, it brings out the truest version of ourselves. LGBTQIA2S+ communities are not to be bought; solidarity is not a monthly obligation and support for our communities goes beyond June. So, this month and beyond, let’s put our support in those actually a part of the community. See our recommendations for beauty brands founded and owned by LGBTQIA2S+ people below.

Real-life partners Matthew Herman and David Kien created Boy Smells as a way to disrupt gendered beauty standards. What started out as a side hustle of mixing traditionally masculine and feminine scent notes together in their kitchen in Los Angeles has evolved into a line of candles, fragrances and clothing they have coined “genderful” as a rebellious way to be gender-inclusive toward their clientele. “When we started Boy Smells, we were in the process of unpeeling how we saw ourselves in the world and embracing a deeper, truer version of ourselves — our feminine sides — with pride in addition to the more prescribed masculinity that was expected of us,” reveals Herman. Even the moniker and the overall look of the brand hold major weight in untagging pre-existing norms. With “Boy” in the name and their pink packaging, Herman says they’re “purposefully poking fun at rigid gender identifiers and giving permission for both boys and girls to borrow from the other side of the binary.” Building supportive spaces that affirm gender choices and sexuality is crucial to the mental wellness of queer individuals, he adds, which is why, throughout the months of June and July during 2020 and 2021, the brand supported The Trevor Project — the world’s largest suicide prevention and crisis intervention organization for lesbian, gay, bisexual, transgender, queer and questioning youth — by donating $150,000. “This year, amid a myriad of political aggressions aimed at queer youth, we’ll be focusing our Pride efforts toward political activism, legal resources and education,” says Herman.

While sheltered at home in Toronto during the pandemic, Claire Davis maximized her downtime by starting her own cold-pressed-soap company, an idea inspired by her former chemistry professor. The beauty entrepreneur was pursuing her Master of Applied Science when she and her prof bonded over their mutual love of soap and concerns about sustainability, clean ingredients and what people put on their skin. “One day, I went to his office and saw soaps all over,” recalls Davis. “After our conversation, I was like, ‘I have to learn how to make soap!’ At the beginning of COVID, I just started doing research on it.” Fast-forward to today and CitySoap offers one-of-a-kind handmade bars that don’t strip the skin thanks to moisturizing Canadian-sourced ingredients like coconut and olive oils and soy butter. Davis also strives to avoid using plastic. And recognizing the powerful ability scent has to evoke memories, she’s very passionate about her comforting essential-oil blends. “Scents are an important aspect of my storytelling,” she says. “What’s the feeling of the scent? What does it bring up for you? What scent can you — as a queer person looking for comfortable and safe experiences — go back to? It’s so much more than just soap.”

Houston-based makeup artist Amoré Monét founded her eponymous vegan cosmetics label after she saw a need for “quality cosmetics brands that are Black-owned” and prioritize inclusion — a topic that’s especially important to her because her preteen daughter identifies as being gender fluid. “My daughter being a part of the LGBTQIA2S+ community is a major reason for me to always keep pushing,” says Monét. “Makeup is fun and can be washed off at any given moment. I don’t understand the stigma around it being for a specific ‘gender.’ If it makes you feel good, do it! A community of people feeling good about themselves is what I want.” With a focus on creating hydrating and long-lasting lip products, Monét works closely with her daughter to name and test lipstick shades. Plus, every June, the brand donates a portion of its sales to The Trevor Project, which has special meaning for Monét as a mother. “Our queer youth are four times more likely to commit suicide,” she declares. “We need a safe space for them.”

After struggling to find easy-to-use and effective products to treat his acne breakouts, Peace Out founder Enrico Frezza set out to merge tech and skincare by developing his brand’s bestselling hydrocolloid patches. The award-winning bandage technology uses a cocktail of bacteria-fighting salicylic acid, retinyl acetate (vitamin A) and soothing aloe vera to treat zits. “I founded Peace Out because I saw a need for a skin-positive community where the effects of acne and other skin issues on mental health could be openly discussed without fear or shame,” explains Frezza, who knows all too well the psychological toll that acne can take. “I still struggle with the effects my skin issues have had on my mental health. It just doesn’t stop suddenly one day. It’s a journey.” What’s more, the San Francisco-based brand, which has expanded into serums, creams and balms, supports The Trevor Project, along with two other charities that rotate throughout the year; it’s currently helping humanitarian organization Save the Children in Ukraine and environmental charity One Tree Planted. “With every order placed on our website, customers have the option to add a donation to these causes,” says Frezza.