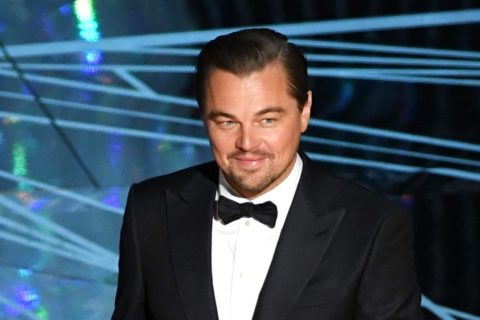 While we were focusing on the gorgeous dresses and stunning makeup looks from Sunday evening’s Oscars, we neglected to take a moment to appreciate one very important (albeit, unexpected) beauty moment: Leonardo DiCaprio’s perfectly groomed brows.

We mean, they truly are exceptional.

But this work of art could not have been achieved without one very special woman, eyebrow artist Sharon Lee Hamilton-Clarke.

According to the Sydney Morning Herald, Leo was so determined to have eyebrows on fleek for the Oscars (sorry Peaches, we’ll contribute to your GoFundMe now), he flew in the celebrity brow expert  (who has worked with Serena Williams, Mary-Kate Olsen, and Beyoncé) all the way from Australia to help groom them.

Other news outlets disputed this report, saying Sharon Lee was flown in by a “number” of celebrities for some pre-Oscars grooming. Regardless, she was there, with her travel costs covered.

And while the “master of all pluckers” herself wouldn’t confirm which A-lister brows she tended to at Sundays Academy Awards, she did say she worked on four stars, giving them a brow wax and trim.

Supposedly, DiCaprio met Hamilton-Clarke through Tobey Maguire, whose wife became a client of Sharon Lee’s when Maguire and Leo were filming The Great Gatsby in Sydney. As per Sharon Lee’s website, a Brow Wow with the expert will set you back a cool $180 USD, though males only need to pay $20 for some recommended “tweezing only.”)

So here’s to you, Sharon Lee and all the celebrities who were responsible for bringing her to the Oscars. Without you, Leo would have never had the best brows of his life on Sunday evening.

Photo by Kevin Winter/Getty Images
Get the best of FASHION in your inbox Thanks for signing up!
The latest fashion, beauty and celeb news delivered right to your email #FASHIONforall Now, check your inbox to complete your subscription
We won’t ever use your email address for anything else
Want even more FASHION? Follow us on social media.