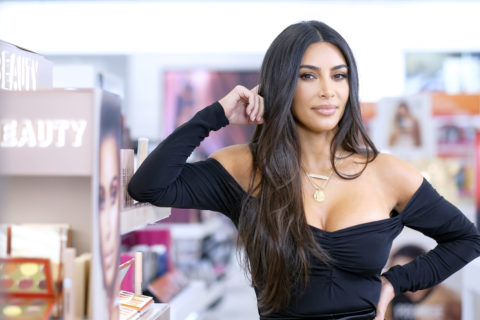 The partnership will see the introduction of skincare to the KKW Beauty lineup.

To say it’s been a big couple of days in the Kardashian-West household is a pretty large understatement. On Friday, Kanye West announced he’d signed a 10-year deal with Gap to produce a new clothing line called “Yeezy Gap” that will launch next year. And today, Kim Kardashian West has inked a $200 million deal with beauty giant Coty.

The $200 million sale means that Coty now owns a 20 per cent stake in KKW Beauty, indicating that the line (which has already enjoyed huge success) is about to become even bigger. Speaking of the deal, Peter Harf, the chairman and chief executive officer of Coty, said, “Kim is a true modern day global icon. She is a visionary, an entrepreneur, a mother, a philanthropist, and through social media has an unparalleled ability to connect with people around the world. This influence, combined with Coty’s leadership and deep expertise in prestige beauty will allow us to achieve the full potential of her brands.”

According to WWD, the licensing agreement also lists categories that KKW Beauty is yet to expand into, including skincare (the primary focus for the partnership), as well as hair care, nail products and personal care.

The partnership marks the second for Coty in a Kardashian-Jenner family business, following its acquisition of a 51 per cent stake in Kylie Cosmetics (which recently released a collaboration with Kendall Jenner) for $600 million back in November.

Photo by Dimitrios Kambouris/Getty Images for ULTA Beauty / KKW Beauty
Get the best of FASHION in your inbox Thanks for signing up!
The latest fashion, beauty and celeb news delivered right to your email #FASHIONforall Now, check your inbox to complete your subscription
We won’t ever use your email address for anything else
Want even more FASHION? Follow us on social media.