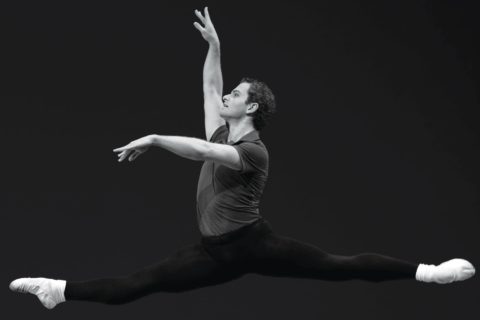 The online beauty community has its cliques. There are the heavy-makeup lovers, who worship at the altar of Kylie Jenner; the facial-roller crowd, who spend hours on lymphatic drainage; the perpetually dewy “no-makeup” makeup gang, also known as Glossier reps; and so on. Somehow, Jordan Samuel Pacitti’s skincare line, Jordan Samuel Skin, has been embraced by them all.

Many K-beauty fans have also welcomed Pacitti with open arms, weaving his products into their multi-step routines—despite his being wary of them. “I don’t mean to target the 12-step program,” he says over FaceTime. Pacitti believes that multiple products create confusion, and if someone has a bad reaction, it can be hard to pinpoint the cause. “It could be a mix of any two ingredients,” he says. “It becomes a puzzle.”

Instead, he insists there are four crucial components to a skincare routine: cleansing, exfoliation, SPF and retinol. “My time in ballet taught me that makeup removal and cleansing is the backbone [of any regimen],” he says. Armed with that minimalist, ballet-inspired approach, he left behind his 11-year professional-dance career to train to become an aesthetician. “One day, I had a facial with Eve Lom in London—she’s the minimalist of all minimalists,” says Pacitti of the facialist and brand founder. After a long conversation about the less-is-more approach, Pacitti began to work on his own line.

He launched with four products in 2012. Today there are seven, including the most recent release, The Matinee Gel Cleanser. This latest addition, which is water-soluble and non-foaming, isn’t groundbreaking, but that’s the point. “Every product is multi-functional,” he says. “I hate the redundancy of so many products on the market. I’d rather look at new technology and new ingredients and infuse those into [existing] products.”