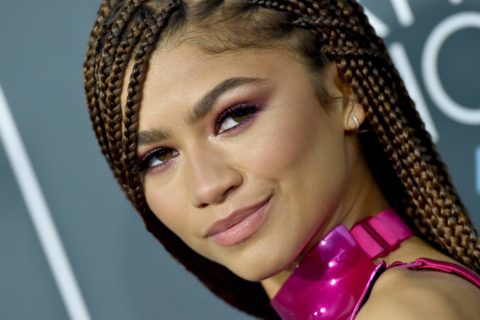 Whoever said orange was the new pink was seriously disturbed.

The 2020 Critics’ Choice Awards took place in Hollywood overnight. The industry’s biggest names, including Jennifer Lopez, Cynthia Erivo, Billy Porter and Zendaya gathered to witness this year’s winners, which included Joaquin Phoenix, Kristen Bell, Renée Zellweger and Brad Pitt. And whilst the red carpet ensembles gave us plenty to talk about, there was one beauty trend in particular that caught our eye – which is appropriate given that it was pink eyeshadow. Everybody from Charlize Theron to Kate Beckinsale, Zendaya, Florence Pugh, Cynthia Erivo and Saoirse Ronan had their eyes painted in a shade of pink. The hues ranged from poppy to pastel, matte to metallic and the result was just as good no matter which route they chose. If you’ve ever wondered how to wear pink eyeshadow, see our favourite six looks from the night below for inspiration:

It’s an unconventional colour choice, however it works on a variety of skin tones – the key is picking the right hue. Something else we learned? You can wear both pink eyeshadow and a pink dress. The combo delivers maximum Elle Woods-approved impact.