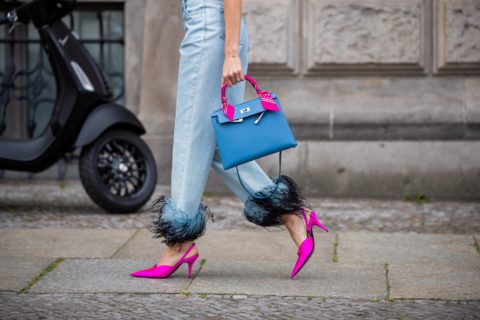 Hermès is Launching A Beauty Line Inspired its Birkin Bag and Scarves, Naturally

Thankfully these products don't come with a five-figure price tag.

Hermés is the latest luxury fashion house to expand its offering and dabble in the realm of beauty. It has been revealed today that the luxury French house is gearing up to release its first products in March as part of Hermès Beauty – a first in its 183 year history.

As for what those first products are? A line of lipsticks. Called Rouge Hermès, the lipsticks will include 24 shades in matte and satin finishes. The former features an array of shades inspired by the house’s most famous handbag, the Birkin, whilst the latter range draws its inspirations from Hermès scarves. Astonishingly, the shades were chosen from 75,000 silk swatches and 900 leather shades, meaning there’s a large array of shades on offer from neutrals to reds and purples. Plus, Hermès’ in-house perfumer Christine Nagel has created a light, custom scent for the products.

The lipsticks are housed in chic tubes (of course) finished with colour accents. Most importantly, however, the cases are made without any plastic – instead, they’re made from metal from the brand’s manufacturing process (aka the same metal used to make its legendary arm candy). AND they’re refillable.

Whilst exact Canadian pricing is not yet known, a lipstick is expected to cost roughly $88, whilst a refill will cost around $55 based on US pricing available at present.

In addition to the lipsticks, the brand is also releasing a range of complementary accessories including a lip brush, leather carry case and a mirror/necklace hybrid.

According to the Wall Street Journal, the lipstick launch is just the beginning. The brand also plans to launch “foundations, and eye and cheek colours” in the future, and also hinted at a skincare line. It has confirmed that it will launch new products every six months, beginning from March. Prepare your wallets accordingly.

Photo by Christian Vierig/Getty Images
Get the best of FASHION in your inbox Thanks for signing up!
The latest fashion, beauty and celeb news delivered right to your email #FASHIONforall Now, check your inbox to complete your subscription
We won’t ever use your email address for anything else
Want even more FASHION? Follow us on social media.