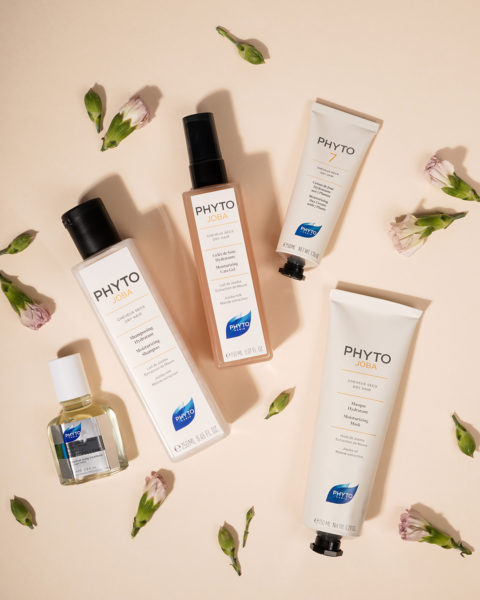 For over 50 years, the French brand has harnessed botanical ingredients to create cutting-edge products that are actually good for your hair.

Primum non nocere. The Latin phrase, , which means “first, do no harm,” has always been at the heart of botanical haircare brand, PHYTO Paris. Founded in 1969 by Patrick Alès, one of the most famous and sought-after hairdressers at that time, the brand has always prioritized caring for hair in a holistic way. “The inspiration behind PHYTO was how to respect hair in its natural form, rather than trying to change it,” says PHYTO trainer and national expert, Elisabeth Gagnon.

To do this, Alès created the concept of Phytotherathrie, which translates to “haircare by plants”. While working in his salon, “he quickly noticed his assistants, who were doing the shampooing for clients, had developed dry, cracked hands,” says Gagnon. “Alès could not allow this, so he created a hand cream for them — a blend of seven plants,” including rosemary leaf extract, calendula flower extract and willow leaf extract. One day, he began using the cream in clients’ hair and noticed a major difference in hydration and protection against everyday aggressors, says Gagnon. This “Aha! Moment” planted the seeds for PHYTO Paris, which would officially launch two years later. From that point on, Alès sought out to create products that utilized the power of plants to nourish the hair and scalp, while providing the efficacy and style that consumers wanted.

More than 50 years later, PHYTO’s philosophy remains the same. In fact, the original cream (now called the PHYTO 7 Moisturizing Day Cream) is still a core part of the brand’s range of revolutionary product offerings, which includes PHYTOCOLOR, the first permanent hair colour made of five botanical pigments that are extracted from wood, flowers and shrubs, and PHYTOPOLLÉINE, the first-ever stimulating scalp treatment made with a blend of essential oils (such as rosemary, lemon, cypress and sage) to help balance the scalp, as well as treat and manage an itchy scalp or sebum issues. There’s also the beloved PHYTOCYANE, an impressive anti-hair loss serum that uses viburnum extract and ginkgo balboa, that is proven to “jump-start keratin production and actually stop hair loss” in women caused by stress, pregnancy, diet or hormonal changes, says Gagnon. Then, at the core of the PHYTOJOBA line of moisturizing products specifically developed for dry hair, is ultra-nourishing jojoba. In PHYTOKERATINE, botanical keratin (developed by PHYTO in their own labs, using quinoa, lupin and pea proteins) is used to repair damaged, brittle hair. The list goes on and on. What every line within the PHYTO Paris range has in common is its inclusion of a signature botanical ingredient that serves as the foundation of the formulation.

“A lot of people don’t know that many hair innovations were discovered by PHYTO,” says Gagnon. “Day cream for your hair, pre-shampoo scalp treatment, supplements — PHYTO did all of that first, thanks to Patrick Alès’ curiosity. He wanted to be avant-garde and think outside the box.” To this day, plants are still the way forward for PHYTO Paris’ haircare innovations.