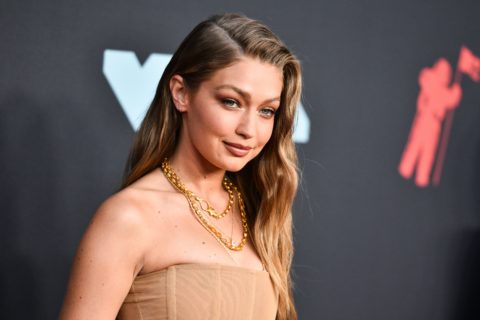 Inspiration comes in many forms for designers, including from those closest to them  – which was the case for Christian Siriano this NYFW. Siranio’s S/S20 show took place across the weekend and saw models sashaying down the runway with sleek braided hair. And as it turns out, the hair look was inspired by model Gigi Hadid.

Hairstylist Odile Gilbert, who works for Dyson and TRESemmé, told WWD that Siriano presented him with an image of Hadid from her recent Mykonos vacation. “[Christian] actually showed me a picture of Gigi. We love Gigi and Gigi has long hair – there was one picture of her, it’s really clean and just a braid – it’s very elegant, simple, chic.”

To create the look, Gilbert says he used extensions on many of the models to achieve length, as well as lot of hairspray. “For me at the end, when I finish the hair I spray with hairspray and it’s a bit like cooking. [I diffuse the hair]…no frizz, just to bring the shine.”

As for the accompanying beauty look, that was the work of Maybelline’s Global Makeup Artist Erin Parsons. The inspiration was ‘painterly abstract beauty’ and the result was a beautiful blend of mint green and cobalt blue shadows on the eyes with a sweep of pink blended through the brows and onto the forehead. According to Stylist, Maybelline hasn’t identified which products were used to create the look but the brand did confirm they will be part of a collection being launched next year.

The whole S/S20 collection was inspired by art, specifically Louisiana artist Ashley Longshore who appeared on the runway painting whilst the models walked by. “I wanted the collection to feel playful, colourful, bright and romantic but still powerful and exciting,” Siriano told Essence. The result was red carpet-ready gowns in a vibrant palette of mint green, pink, yellow, red and more, showcased on a variety of body shapes – a staple for the designer.