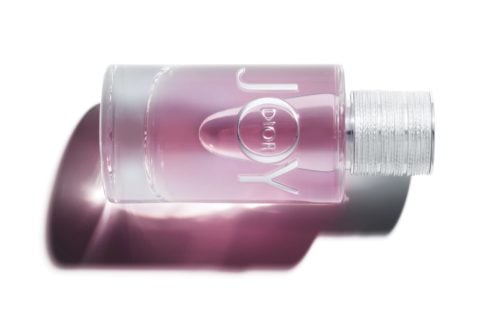 Dior perfumer François Demachy on the benefits of being in-house and still having doubts.

Though his father wanted him to be a doctor, François Demachy felt the siren call of ’60s-era rebellion and decided “hell no.” “I refused any authority,” recalls the 69-year-old Frenchman, on a recent visit to Montreal to give a talk about his long career in fragrance at the Festival Mode & Design. He eventually began studying dentistry, a decision he made on his own, s’il vous plaît, but as a teen, he also worked in Grasse’s fragrance factories to make extra money. And inevitably, as one does when one grows up grassois, he decided to pursue perfumery.

Today, Demachy is the exclusive perfumer for Dior, a post he has held since 2006. There, he has free rein to choose ingredients—one of the benefits of being in-house. “I don’t have any price constraints,” he says. He also gets the details upfront for his next project, something he actually prefers. “That’s another advantage: knowing the name and the shape of the bottle very early,” he says. Instead of feeling restricted, these details decrease the number of directions he can go in and he’s able to whittle them down to two or three.

With Joy by Dior (from $90), which launched in September, he interpreted the word “joy” less as a feeling, which to him is “very personal,” and more as the idea of light. “It’s the same thing for almost everybody,” he says. To convey the concept, he zeroed in on musk notes: “When you smell them, you feel comfortable but also completely surrounded by the scent, the same way you’re completely surrounded by light.” He toyed with many versions, playing with the construction of ingredients, but the company kept coming back to one of his first 10 proposals. It includes a huge amount of a new molecule called “super hedione.” “It brings some breath to the perfume,” he says.

“If you know something for sure, that means you’re not sure. Having a bit of doubt helps to drive you much further. It keeps you curious.”

Though Demachy has been creating compositions for over 40 years, he still experiences uncertainty when it comes to his work—which he considers an important trait in a perfumer. “If you know something for sure, that means you’re not sure,” he says. “Having a bit of doubt helps to drive you much further. It keeps you curious.” That said, it can often mean that after working two years on a scent, it’s difficult to let it go. In fact, once in a while he’ll encounter a fragrance he composed years earlier and think about how he might change it. “I’ll smell the perfume on a woman on the street and think ‘There’s something…’”