As bare-bones beauty dominates the runways, a few holdouts are making sure fantasy lives on.

It was a casual remark, meant to highlight the exceptional craftsmanship behind the Old Hollywood-inspired, ultra-glamorous sets he devised for the Armani Privé Fall 2013 Couture show. But hairstylist Orlando Pita’s words backstage in Paris last summer offered an astute commentary on the state of runway beauty as a whole: “Now that John Galliano and Alexander McQueen are gone from the business, a new guard has created a kind of couture that relates to the street,” he said. “It was always about fantasy; that’s gone for now.”

The role of the backstage beauty team is to complete the full translation from the designer’s mind; it helps refine the woman, or the character, who would wear the clothes. Certain designers stuck to their fantasy-driven existence for spring, with all the over-the-top beauty fanfare that goes with it (Gareth Pugh’s alien-inspired eyebrow discs; Thom Browne’s frizzy-haired, smudged-makeup insane asylum patients; Vivienne Westwood’s similarly unnerved walking dead iteration). However, if you take a look at some of the most anticipated shows of the past few seasons, the resonance of Pita’s statement becomes much louder. From Proenza Schouler, Alexander Wang and The Row to Burberry Prorsum, Christopher Kane, Balmain and Isabel Marant, there has been an overwhelming reliance on minimal makeup and easy, undone hair that was most certainly not in the phrasebooks of Galliano or McQueen—or Thierry Mugler and Azzedine Alaïa, for that matter.

“It’s a shame, because I think fashion is part fantasy, and [that’s] why I got into it in the ’80s, but that whole time when people would reference something like, ‘A girl goes to Morocco in the 1920s and meets a traveller,’ and build a whole world around it, doesn’t really exist anymore,” says hairstylist Guido Palau.

“A lot of the designers are very young now,” he adds. “They grew up in the ’90s, so their references would be from grunge to Helmut Lang, and that’s what they’re looking at.” Proenza Schouler’s Jack McCollough and Lazaro Hernandez, who are both 35, went so far as to present a spring model casting that featured bare-faced ’90s beauties like Georgina Grenville and Liisa Winkler. Honed by makeup artist Diane Kendal and hairstylist Paul Hanlon, the New York-based label’s signature “raw beauty”—a touch of concealer, lip balm across the lids and languid, “untouched, ‘skinny’ hair” —has become something of a new beauty gospel, and it’s spreading. “She’s so confident in her look, she doesn’t need to care about her hair,” Hanlon said of the approach backstage in September.

“There’s something in the zeitgeist about being easy,” agrees Palau, who pioneered the coiffing concept at Raf Simons’s Christian Dior debut in 2012, following Galliano’s abrupt departure. His centre-parted blunt cuts were meant to appeal to “the girl of today,” who is high-fashion but “cool,” he says. “I think designers, at least with hair, are trying to bring a sense of reality to [fashion].”

But that was only half the story this season. “There were two worlds,” explains makeup artist Pat McGrath. “You either kept the girls as they are,” nude and bare so as not to compete with opulent, highly designed clothes, “or you did something strong, brave and new. People want something fresher. Either do something completely challenging or don’t do it at all.”

Ironically, it was the more established designers who offered up a backlash to all the pared-down popularity. “People don’t want to look like they’re trying too hard, but when someone like Marc [Jacobs] does it, they are like, ‘Oh.’ It opens a flood gate; you can do something,” Palau says about the statement wigs he has been creating for Jacobs’s runway, including the “blonde, L.A. surfer kid” crops the designer requested for spring. Hairstylist and frequent Karl Lagerfeld collaborator Sam McKnight followed suit in Europe, using wigs for increased artifice at Fendi. At Chanel, makeup artist Peter Philips painted bold strokes of colour across lids, evoking New York’s ’80s-era downtown art scene. There was also envelope-pushing at typically subdued shows, like Dick Page’s surrealist eye and brow illustrations at Céline, and Gucci Westman’s orange lips at Rag & Bone, which she says is typically known for “downtown, DIY simplicity.”

Ticking off a list of her own makeup moments, McGrath is quick to give certain designers credit. “[Miuccia] Prada spoke about the women of today being rebellious, and that’s where we came up with the airbrushing for the eyes,” she explains of the variously coloured “graffiti” lids she created with the Temptu airbrushing system. “With the gold brows at Dior, Raf [Simons] said, ‘I want to do something gold, but something new.’”

At Givenchy, “Riccardo [Tisci] said, ‘I really want to do a mask,’” says McGrath, downplaying her most fantastical cosmetic coup of the season, for which she hand-glued coloured crystals onto 16 models’ facial contours. “The beauty of that was that it was 15 layers. You could not have gotten that exquisite effect by just applying crystals over fabric. That’s what was so striking about it; the twist was that it was actually a [face] mask.”

Asked whether she prefers working on magical projects like these—which used to happen more frequently when she was Galliano’s longtime beauty collaborator at Christian Dior—McGrath is diplomatic. “Life is about variety. That’s the beauty about being a makeup artist: It’s always new, and you never get bored. And don’t forget, the jobs that look the easiest are sometimes the most labour-intensive.” That presents an interesting paradox: Is erring on the side of simplicity perhaps the biggest fantasy of all? “To make everyone look like they’re not wearing any makeup, you have to apply quite a bit of makeup,” McGrath says.

“Right now, it’s about finding the minutiae in the detail,” says Palau, who has been focusing on texture, colour and deliberate parting techniques rather than grandiose style statements—although that sensibility, too, may soon go the way of the Walkman, he admits. “You have to remember that fashion is always moving. When we look at this period in 10 years’ time, it will represent something. If we’re in a progressive state at that moment, we’re going to get somewhere else, and then maybe it will get really theatrical all over again.” 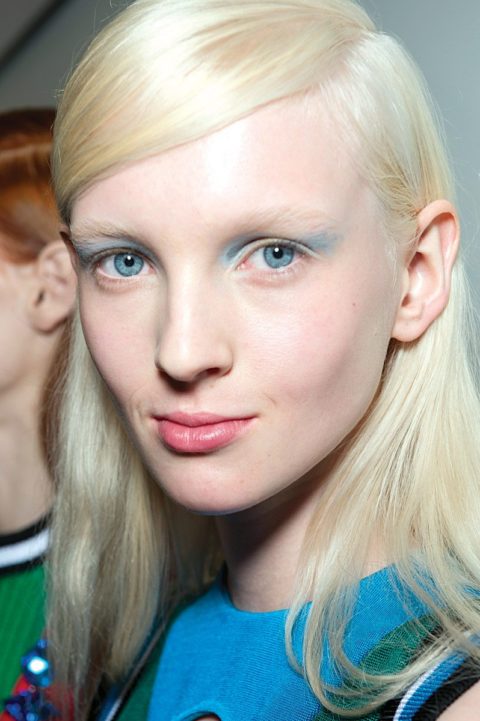 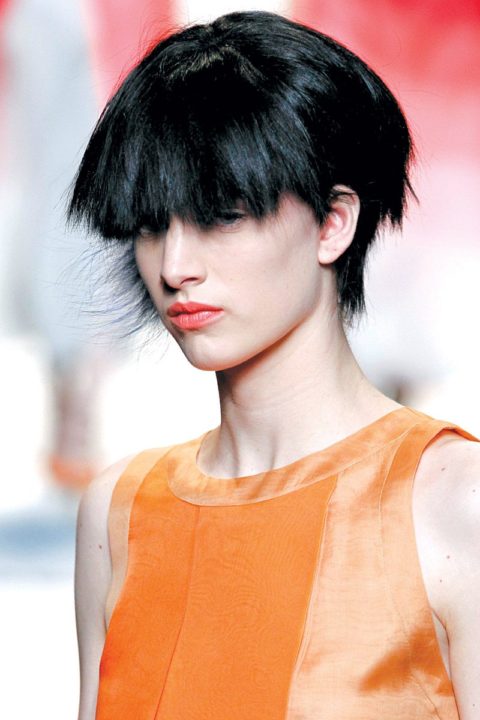 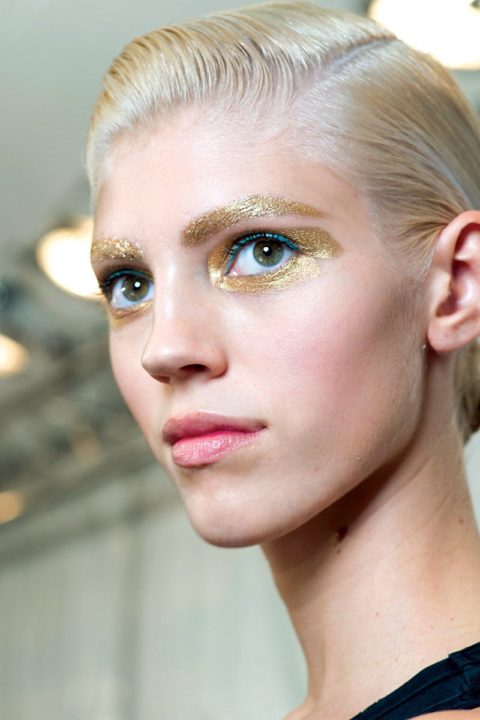 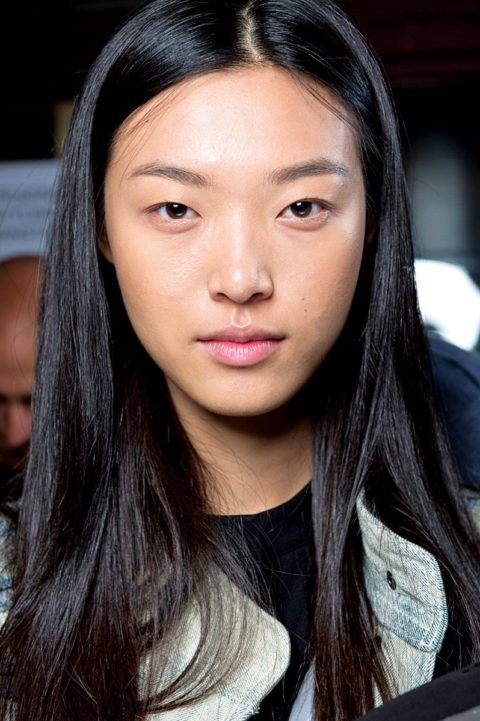 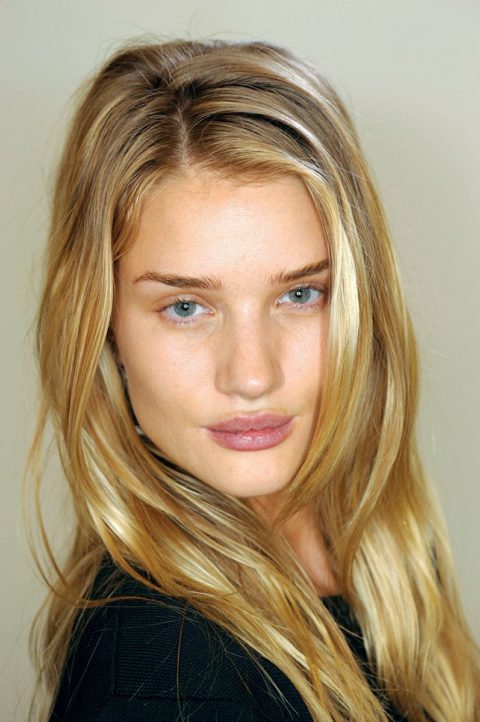 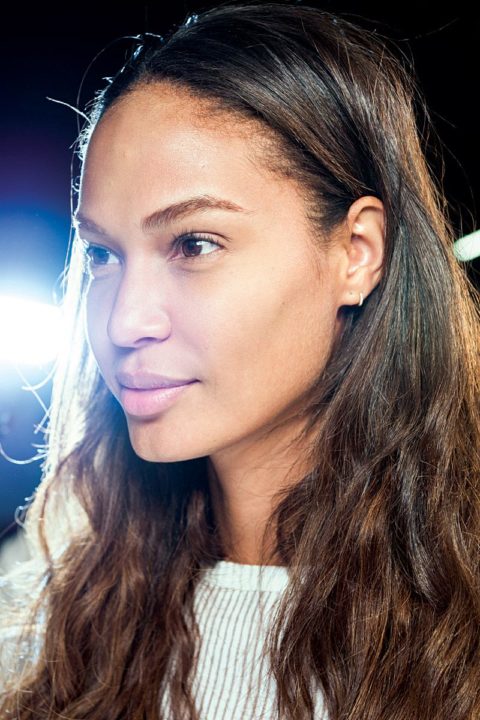 Photography by Peter Stigter
Get the best of FASHION in your inbox Thanks for signing up!
The latest fashion, beauty and celeb news delivered right to your email #FASHIONforall Now, check your inbox to complete your subscription
We won’t ever use your email address for anything else
Want even more FASHION? Follow us on social media.