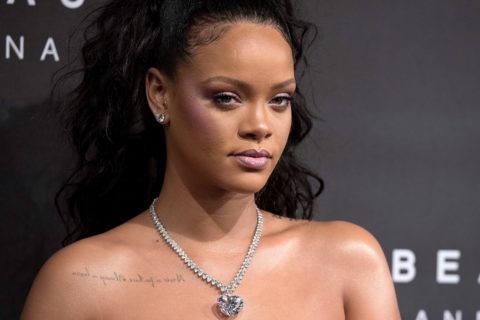 In case you haven’t noticed (???) Rihanna’s Fenty Beauty is a massive success. In terms of critical acclaim of the products and the branding and inclusivity, the brand is off to an incredible start. At not even five months old, Fenty is changing the beauty industry as we know it.

And it’s got the numbers to prove it. According to a new report on WWD, Fenty Beauty is set to zoom past huge money-makers Kylie Cosmetics and KKW Beauty, based on data from Slice Intelligence, a research company that gathers e-commerce stats. The firm revealed that “while Kylie Cosmetics, which is coming up on a two-year anniversary, had the highest yearly sales, Fenty Beauty sales in its first month of operation were five times Kylie Cosmetics and 34 percent higher the following month.”

Insane, right? There’s more. WWD reports that “as a group, sales from all four of the brands account for 29.2 percent of all online beauty revenue in the U.S., even though their collective customer base represents only 12 percent of shoppers.”

Unsurprisingly, Fenty Beauty, which famously launched with 40 foundation shades, “has the most African-American and Hispanic shoppers, along with a good base of Asian customers, while white customers are the brand’s smallest consumer group.”

No matter what angle you look at it from, it’s clear that Fenty Beauty is changing the beauty game—and bringing in a ton of well-deserved coin.