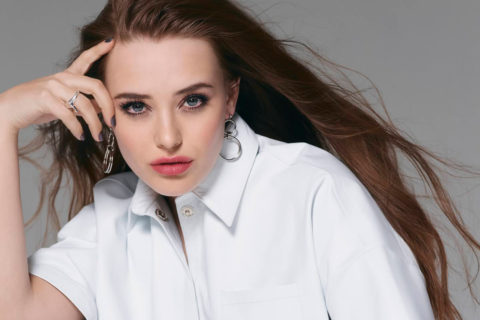 Katherine Langford has a brand new gig, and while it may not be able to snag her another Golden Globes Award nomination, it does add her name to an impressive roster of lauded global ambassadors such as Viola Davis, Céline Dion, Eva Longoria and Helen Mirren.

In celebration of her new partnership with L’Oréal Paris, we spoke to Langford ahead of the global announcement about beauty and her budding career.

On her everyday beauty look:

“When I’m working, I wear makeup for 16 hours a day, and I do full glam for press events. So, when I’m not working, my everyday is a ‘no-makeup’ look, and I really like to take care of my skin. I always wear a good sunscreen and moisturizer. When I go out, I’ll definitely wear a brow and maybe some mascara.”

On her red carpet glam squad:

“I feel very lucky to be able to work with some of the best people out there. My teams is amazing, and have come up with some incredible looks. They are true geniuses. It kicks off with my stylist Molly Dickson, and I work with hairstylist Christian Wood a lot. He and I have a combined love and obsession with old Hollywood, so we sample a lot of inspiration from there. He’s the one that came up with my 2018 Golden Globes look, which is one of my favourite looks to date!”

On her biggest Hollywood inspirations:

“When I started pursuing acting, part of the struggle was not having grown up in the industry and feeling like Hollywood and film were so far away from where I lived in Perth. I would look up to Australian actresses like Cate Blanchett, Rose Byrne, Nicole Kidman, and Margot Robbie. And last year, I worked with Toni Collette on Knives Out, and I feel so lucky because, the more people I meet, the more consistently inspired I get by other people’s stories, let alone their talent and work. Kate Winslet is also a huge inspiration for me because I didn’t always feel like I fit the Hollywood mold, but people would say that I reminded them of her, which, in many ways, validated me as a young actor. It’s such a credit to the impact that she’s had on other women, but also goes to show how respected she is in the industry and the breadth of her talent and work.”

Oscar nominations are in, and @knivesout has been nominated for an academy award!! HUGE congrats to @riancjohnson for best screenplay – such a brilliant creative and person, and so well deserved ? Thank you to everyone who’s seen it! ?? ?? ??

On the impact of her past acting roles:

“Being in 13 Reasons Why and then Love, Simon, both of those projects meant so much to me because people have said that they saved their lives. And in terms of feedback, there’s not much else that compares to that to let you know that what you’re doing is making an impact.

There is a specific story I remember from early on with 13 Reasons Why, where I met this girl and she said that people had been bullying her. But when the show came out, because we looked similar, people started saying she was beautiful. And that in turn, it made her feel beautiful and confident. That really stuck with me because it goes to show how important representation is, even if it’s in a super small way, like seeing someone that looks similar to you. And hearing positive things about that person, it can change the view you have on yourself and that’s really powerful.

13 Reasons Why was my first role, my first real job, and Hannah Baker was such a special role to be able to play because she resonated with so many people’s story. It’s a character I will always have with me, and an experience that I’ll always be grateful for.”

Hannah wasn’t the only one. For the full trailer visit YouTube.com/Netflix.

On her new Netflix series, Cursed:

“I was sent the manuscript of the book by Tom Wheeler and Frank Miller and, after reading it, I knew it was something that I had to be a part of! These stories, especially in this particular genre, seldom explore the stories of the women within them, let alone place them at the epicenter of these legendary tales. I knew we had an opportunity to tell the story of a true heroin, and honour all of her capabilities and struggles — and those roles are once in a lifetime. We’re living in such a surreal moment in time — these are trying times — and it’s important to keep focused on the issues at hand, but I hope the show can be a form of entertainment and bring some escapism and relief to the reality of the current climate. We also address issues of oppression and obliteration of the natural world within the series, so I think the show will be interesting to compare that to what’s happening right now.”

What if the sword chose a queen? All episodes of Cursed drop July 17.

On the words she lives by:

“In life, I’ve adopted a motto from my friend, which is ‘Do what makes you feel free.’ It’s something that’s been very liberating.” 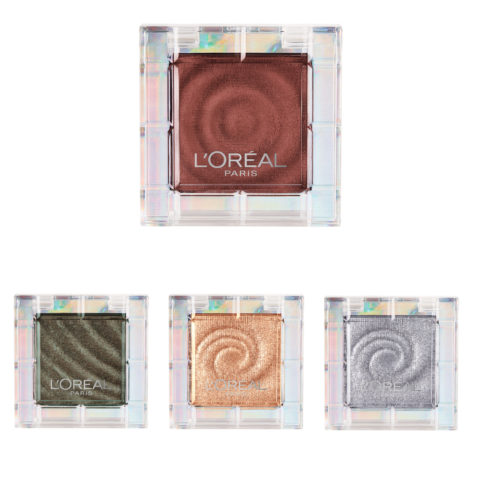 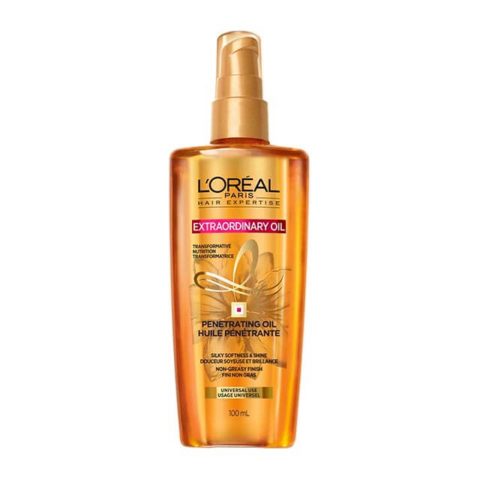 “I like Rouge Signature for an easy but bold and chic finish. The colours are really rich, but the feeling is almost like skin, so it’s very easy to wear and lasts a long time throughout the day. They’re great for events.”

“I often use these shadows by themselves on a bare face, and apply them with my finger.”

“L’Oréal Paris’ whole hair range is great, especially the Extraordinary Oil. I like to add some after a shower, or when I’m about to head out the door just to give my hair a really nice, smooth finish. I have wavy hair and it’s really nice to be able to add something that helps smooth without having to heat style. I still get to keep my natural texture, plus I know that I’m putting something nourishing on my hair.”

Buy Now
Courtesy of L'Oréal Paris
Get the best of FASHION in your inbox Thanks for signing up!
The latest fashion, beauty and celeb news delivered right to your email #FASHIONforall Now, check your inbox to complete your subscription
We won’t ever use your email address for anything else
Want even more FASHION? Follow us on social media.