Everything You Need to Know About the New Era of CoverGirl

Including why they're ditching their “Easy, Breezy, Beautiful” slogan. 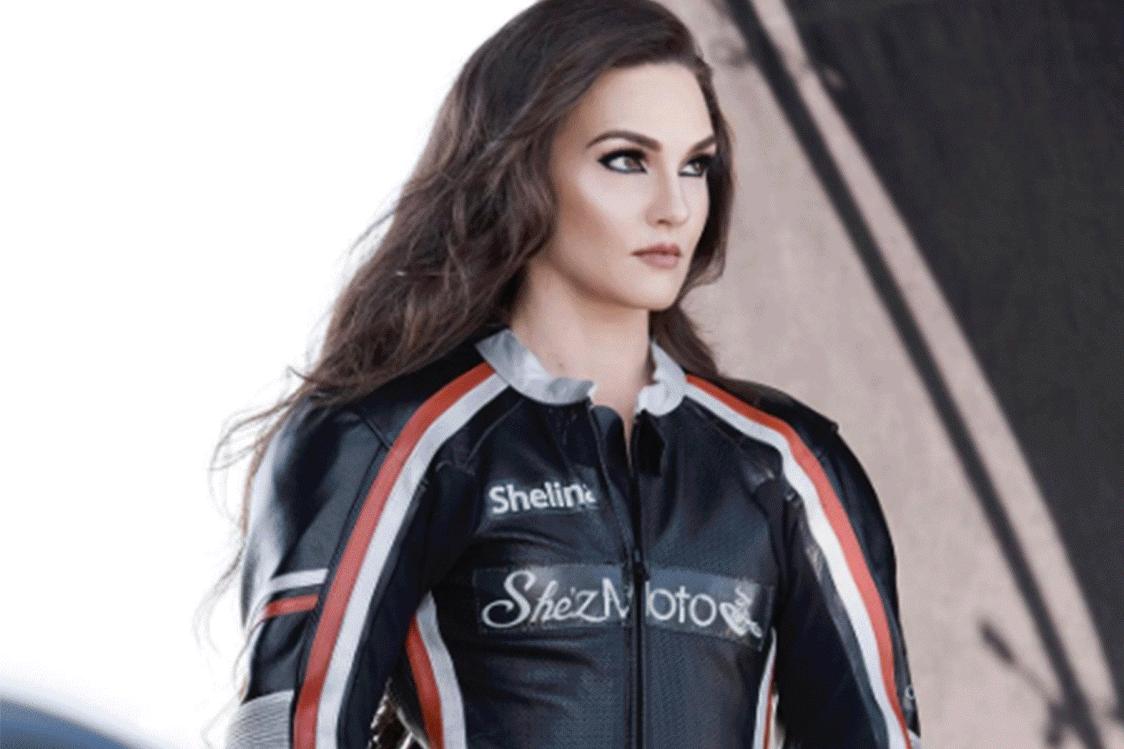 “Easy, breezy, beautiful: CoverGirl.” When a brand’s 60-year-old slogan is so well-known and, yes, even iconic, it can be a huge risk to retire it in favour of something new. In the case of CoverGirl and its recent major facelift, however, it’s a risk that seems to be paying off. The brand’s refresh features a new slogan, “I am what I make up,” and an accompanying campaign that features a diverse range of new CoverGirls: Issa Rae, Ayesha Curry, Shelina Morena, Massy Arias, and Maye Musk. The new move has certainly made waves, inviting a bevy of positive press and hundreds of comments on their Instagram post featuring the new campaign video praising CoverGirl’s inclusivity.

What prompted this sudden focus on diversity and empowerment? Most likely it was the realization that the brand needed a facelift to stay relevant, since many other popular beauty brands (Glossier, M.A.C, Milk) have been moving in this direction for years now and newer ones (such as Fenty Beauty) are creating buzz amongst consumers and the beauty industry. But let’s hear it from CoverGirl itself: “CoverGirl has been undergoing a lot of exciting changes in an effort to continually challenge beauty norms. In recent weeks, the brand announced several new ambassadors who represent the brand mission to celebrate diversity, authenticity and expressiveness.”

Ukonwa Ojo, the Senior Vice President of CoverGirl, explained the motivation behind some of their new ambassadors in depth: “The addition of Issa to the CoverGirl family is a mark of the brand’s continued evolution, at a time when the constant images representing ‘beauty’ in social media make authentic representation increasingly important and infuse new meaning to the wheres, whens, hows and whys of applying and wearing makeup.[And] Massy and Shelina bring additional unique points of view, areas of interest and inspiration. Today, wellness is increasingly seen as an important component of inner and outer beauty, but you don’t often see beauty cross over into the world of sports. We want to change that, and it goes beyond sports, too. People have many varied interests that aren’t mutually exclusive. This is an important element of diversity, and we should celebrate and encourage the freedom of expression that comes along with it.”

#IAmWhatIMakeUp celebrates your power to create who you are and discover who you want to be. ?We believe make up is a tool and a toy and we're here to play and slay all day, everyday. ?We have lots more coming for you so stay tuned COVERGIRLS!

Challenging beauty norms is a fantastic goal, but it doesn’t always go well when large corporations try to win recognition (and consumers’ dollars) for supposedly working towards that goal when in reality, they’re only paying lip service to it. Right now, consumers are more vocal than ever about their desire for diversity and inclusivity. Targeting that in a beauty campaign is just smart marketing, and it has been attempted with varying degrees of success in ad campaigns from Glossier’s much-praised Body Hero campaign to Dove’s recent controversial commercial that faced accusations of racism. Hopefully, every beauty brand will not only take note from CoverGirl and strive to feature a diverse range of models or spokespeople, but also need offer an inclusive range of makeup shades and do their research when it comes to how best to promote diversity and empowerment while promoting their products.

Whether the motivation behind the makeover is just smart marketing doesn’t really matter in the end, though, as long as CoverGirl continues going beyond lip service and doing the actual legwork of including a diverse range of women (and occasionally even men) in the world of beauty. So far, they seem to be doing a great job simply by letting their new brand ambassadors step into the spotlight. Click through to read a little more about each of these inspiring CoverGirls (and one CoverBoy). 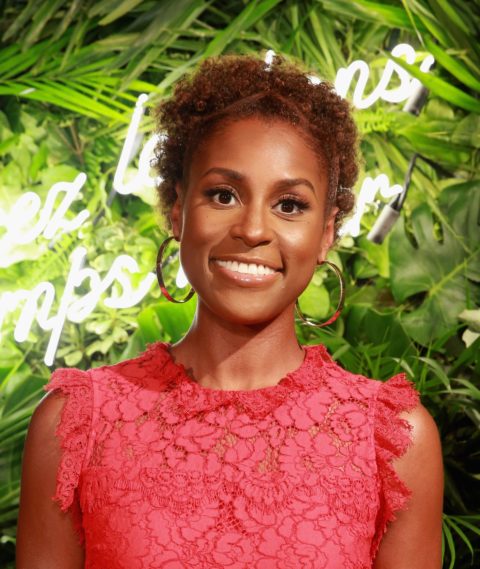 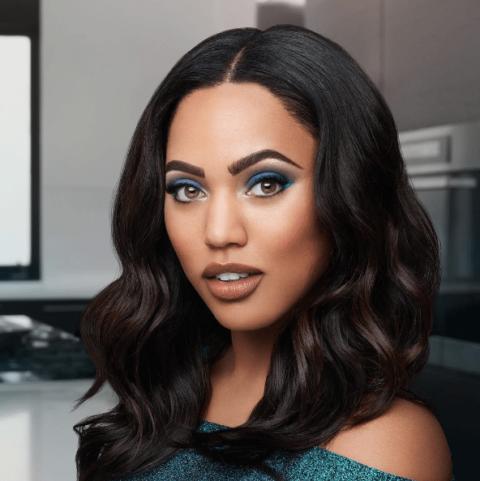 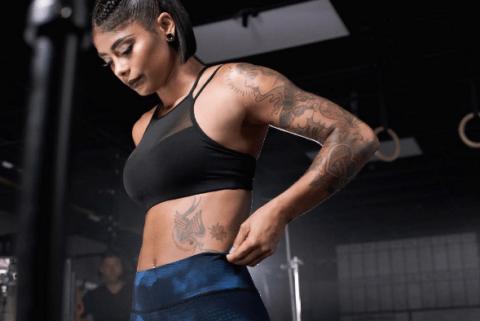 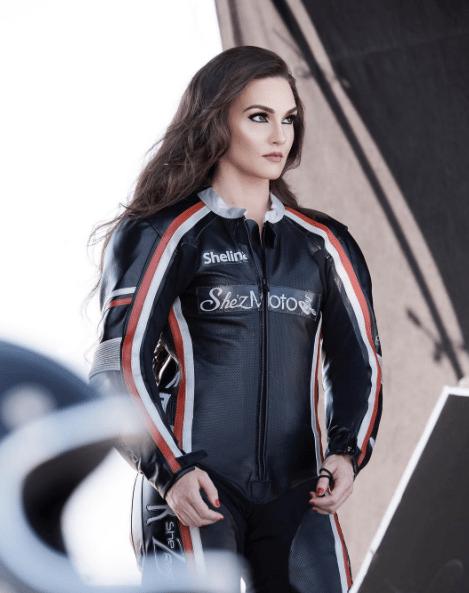 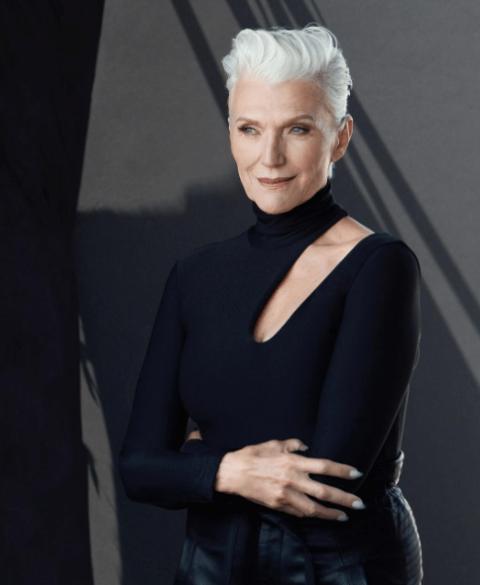 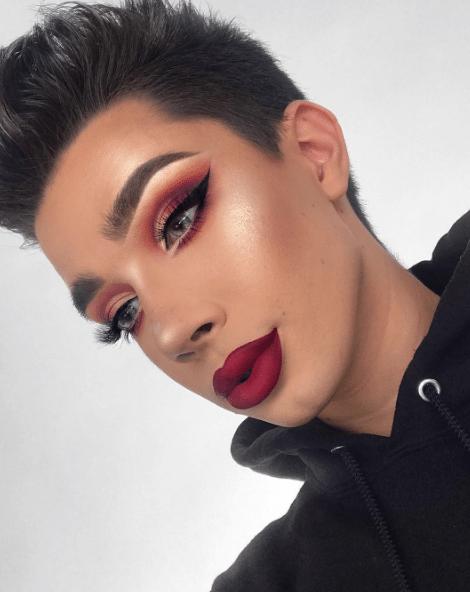 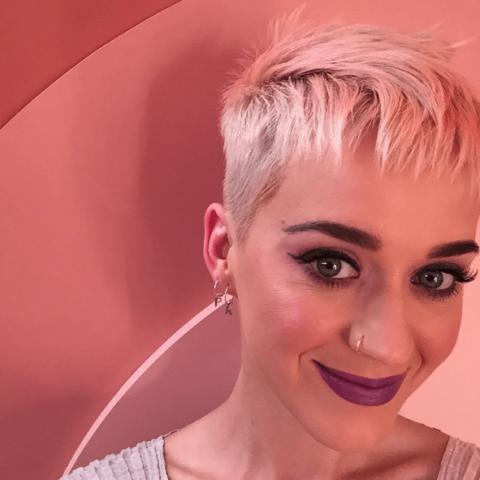 Issa Rae is best known for her award-winning HBO show Insecure, although she got her start with a popular web series called The Misadventures of Awkward Black Girl and also published a New York Times bestseller under the same name. She will be starring in the upcoming film adaptation The Hate U Give.

“My character is ever-evolving, and makeup is a tool to help transform my persona – whether for a role I play in content that I produce, or the different roles I take on in my life,” says Rae. “Becoming a COVERGIRL means a lot because the brand recognizes just how important it is for people to embrace their individuality and express themselves in unique and diverse ways. This has been a major part of my personal journey, and a message that I want to share with others.”

“Having Issa join COVERGIRL is an important next step as the brand continues to grow into the future. She brings a genuine love of makeup, incredible talent and an infectious energy to the COVERGIRL family that inspires us and so many others,” says Ukonwa Ojo, Senior Vice President of COVERGIRL. “Her power lies in her ability to transform at any given moment, while always remaining true to herself. She’s an inspiration and a role model; we can’t wait to see what she does next, and to be there to support her.”

Ayesha Curry is a restaurant owner, cookbook author, and host of Ayesha’s Home Kitchen on Food Network. She recently launched her meal kit company, Homemade, and her cookbook “The Seasoned Life,” is on the New York Times bestseller list. Curry lives in the Bay Area with her two daughters, Riley and Ryan, and her husband Stephen Curry.

“My philosophy is all about seeking joy and creating balance in life. I’ve shared a lot about how I do this with food, family and faith, and now – through my partnership with COVERGIRL – I want to share how makeup helps create those moments of happiness, confidence and self-expression,” says Curry. “People love when I post about beauty on social media, and of course, it’s a big part of prepping for my TV show or an event. But I’m also a working mom without much time to spare, so I’ve figured out to how to dial my looks way up or way down, and also to use makeup as a way of bonding with my daughters.”

“We love a self-proclaimed beauty junkie who speaks her mind and offers strong viewpoints and perspectives,” says Ukonwa Ojo, Senior Vice President of COVERGIRL. “Ayesha has a joyful energy and a big personality, but she’s also extremely relatable. Dealing with things that so many women face – from raising two children, to running a business, to creating healthy meals for her family – she’s found a way to create balance. COVERGIRL loves spotlighting inspiring stories of women achieving their dreams, and inspiring other women to do the same.”

Massiel ‘Massy’ Indhira Arias is a certified fitness trainer, lifestyle guru, and motivational force who has over two million followers on her Instagram account @MankoFit. She was born in the Dominican Republic and now lives in LA. Having dealt with depression, Arias focuses on teaching her followers how to have a healthy and happy lifestyle rather than the “perfect” body.

“As anyone who follows me on Instagram knows, I love beauty as much as I love fitness,” says Arias. “There’s a stigma around wearing makeup at the gym, but there are times I proudly rock a full face, especially when I’m filming and want that extra dose of confidence before putting myself out there in front of millions of people. It’s really a personal choice, and I wish there wasn’t so much judgement around it. If the flick of a cat-eye, or a brick red lip, gives you some extra motivation and feeling of, ‘I got this,’ why not go for it? COVERGIRL’s belief that you can wear makeup when, where and however you want is really about personal transformation – just like fitness.”

Shelina Moreda is an internationally known professional motorcycle racer and the first female to race at the Indianapolis Motor Speedway. She has also organized riding and racing schools for females in the USA, Spain, and Qatar and started She’z Moto Camps, a school designed to build confidence and empowerment in girls and women through motorcycles.

“Pro racing is a challenging profession – physically, mentally, and emotionally,” Moreda says. “I love what I do, and people are often surprised because the sport of racing is largely dominated by men. Makeup is something I’ve always enjoyed, and it’s something that sets me apart when I’m on the racetrack and the only thing you can see are my eyes peering out of the helmet, so that’s the part I especially love to play up. My partnership with COVERGIRL shows the world that it’s okay to have an active, yet powerful career and still value feeling pretty and I am happy to be able to encourage other people to unapologetically be themselves, pursue what they love, and share it with the world.”

Maye Musk is a model and dietitian, and at 69 years old, she is the oldest CoverGirl ambassador ever. (And yes, she’s the mother of Elon Musk if you were wondering.) Not only has Musk been modelling for 50 years, she also has two master’s degrees.

“I just love that CoverGirl wants to do diversity,” Musk told The New York Times. “They haven’t had a model this old in their campaigns. I’m turning 70 in April of next year. I think that women will be really inspired to see that even at 69 you can get a beauty campaign.”

The popular 17-year-old beauty vlogger was named CoverGirl’s first CoverBoy in 2016. Although he was not featured in the new video, presumably Charles will also factor into the brand’s new inclusive approach. We’ll have to wait and see to find out, but CoverGirl is making a clear effort to show that they value diversity in beauty and including Charles in their new campaign will reiterate the message that makeup isn’t just for women.

Superstar pop singer Katy Perry has been a CoverGirl spokesperson since 2013 and was also included in the brand’s new campaign video. Perry has always been an obvious choice for CoverGirl thanks to her bold, colorful looks and her bubbly personality, but she also fits the mold for the brand’s new focus on beauty as a form of self-expression and empowerment.