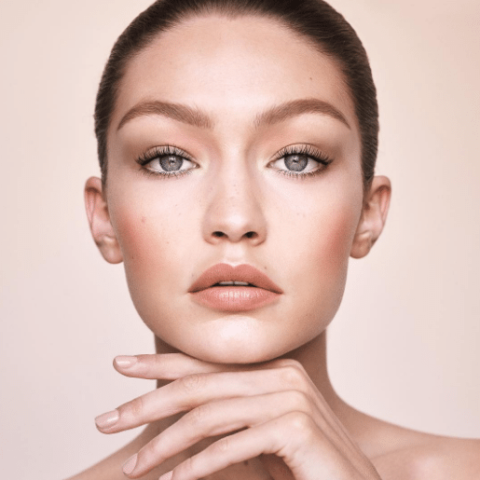 What Does It Even Mean to Be a Makeup Mogul?

In the age of Fenty Beauty, Kylie Cosmetics and KKW Beauty, what does having a makeup line mean exactly?

If you haven’t scored Gigi Hadid’s new Maybelline palette yet, the dream might be over. Or, at least, put on hold. The model’s Jetsetter Palette sold out almost immediately after it dropped in the UK, and later it’ll drop in the U.S. to what we can only assume will be the same level of pandemonium. Which makes sense: on top of being the face of the brand for the last few years, Hadid is also one of the biggest names in fashion and beauty, meaning that anything she brands turns to gold. But why does she need to release makeup under her own name at all?

By now, we should all recognize there’s power in celebrity makeup lines. Kylie Jenner’s foray into lip products made her the richest member of her family, while Kim Kardashian West’s contour kits sold out three hours after launching and have earned her almost $50 million so far. And then there’s Fenty Beauty: arguably, the greatest thing to happen to any of us. So, if you’re famous, you know there’s money to be made by building an empire via cosmetics, which also means there’s likely a lot of pressure. And that’s not always the recipe for something groundbreaking.

For the record, there’s nothing wrong with Gigi’s Jetsetter Palette. It includes seven products (concealer, lip balm, shadow, highlighter, blush, bronzer, and mini mascara), all of which parallel Hadid’s own day-to-day look. For fans of the model, it’s a dream. But when you look at the success of Fenty, so much of it rests in the fact that Rihanna’s collection isn’t modelled after her own beauty tastes. Her range of concealers and foundations astounds, and her highlighters work on any skin tone. And while the initial collection only saw one gloss (more to be dropped in time for the holidays), it was neutral. Fenty—and even KKW’s concealers—aren’t about looking like their founders, it’s about consumers interpreting their mainstays in unique ways.

Which makes Hadid’s Maybelline collaboration less like her own foray into cosmetics, and more like a limited edition piece that reflects the ethos of the company she’s working with as opposed to her own. And that’s fine, provided we begin to decipher between capsule collections and one’s own enterprise. Rihanna, Kylie, and Kim have built empires, while Hadid (or celebrities working with brands like M.A.C or Make Up For Ever) are contributing to existing ones. And that means our expectations need to be different.

When you think about Hadid’s latest venture with Maybelline, it’s largely reflective of their former campaigns. It builds on their relationship. In the same way Kate Moss released her own line of lipstick shades with Rimmel a few years back, Maybelline gave its ambassador a chance to show the world how much she understands them, as well as their clientele. Regardless of Gigi’s name, she’s still created a Maybelline product. And that creates less risk for them both. She’s not starting a company, and they can veto anything they don’t want to sell, which means that in the end, Hadid will face far less scrutiny or criticism than her peers who’ve dove headfirst into their own companies.

Which is fine. Celebrity collabs have existed since before any of us were born, and they will continue long after most of us have died. (Minus me, who plans to live forever, so I’ll keep you posted.) But as more famouses begin launching their own companies, that means we need to differentiate between collaboration and constructing an empire, and holding those celebrities to different standards. Ultimately, Gigi Hadid worked with a massive brand to help create a product that ensured success for them both. And that’s great, and I love it, and we’re all having fun. But celebrities like Kylie and Kim have tied their names to empires that will shoulder the success and failures of their products in equal measure. Which is more than a Jetsetter is expected to do.