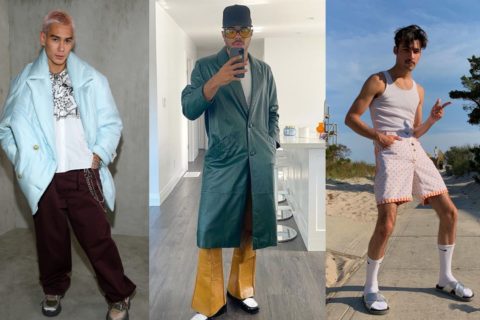 Every so often, the Internet blesses our social media feeds with a new “boyfriend,” i.e. a cool dude whose talents and allure have garnered him a massive online fanbase seemingly overnight. Evan Mock, Donté Colley and Leo Reilly are no doubt three of the Internet’s most recent obsessions, and we got them to dish on the beauty regimens that get them ready for their constant close-ups.

Mock is known for a lot of things. Sure, he’s the breakout star (and crush) from the Gossip Girl reboot with a pink buzz-cut that’s hard to miss (he dyes it every two weeks). But the Hawaii-born rising star is so much more. Mock has established a name for himself in the skateboard and surf world, travelled the globe with Travis Scott as his Astroworld tour photographer and stepped in front of the camera modelling for Calvin Klein and Ugg, plus he’s walked in the Spring 2020 Men’s Louis Vuitton show. His range is real. 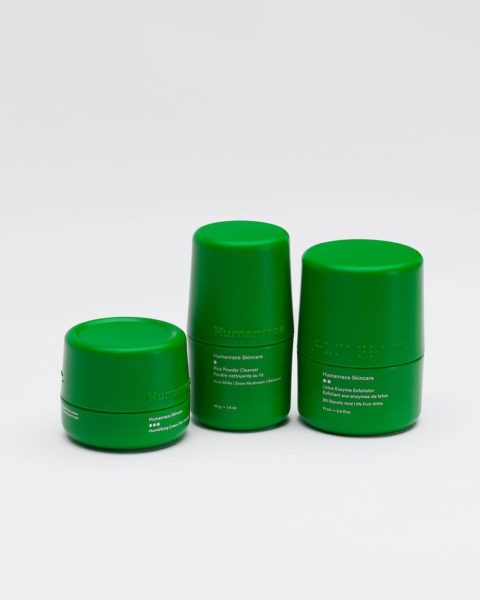 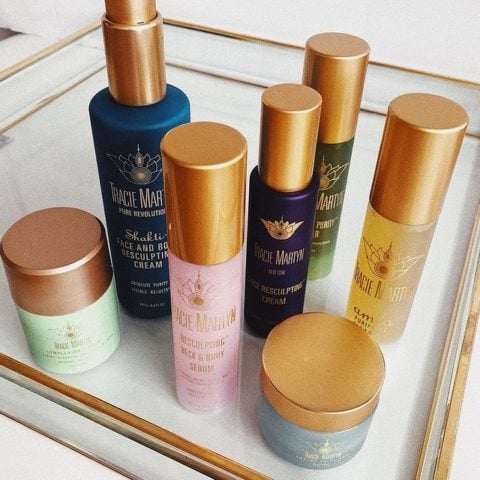 “I went on a skate trip to Mexico City a few months ago and this Kiehl’s mist is amazing for when it’s super hot. It’s so refreshing.”

When it comes to nails, Mock enjoys painting his own or getting a polish from his roommate, photographer Gray Sorrenti—the daughter of fashion photographer Mario Sorrenti. “Recently, I have been going to places to get them cleaned up a little bit, which is cool,” he shares.

Mock’s current lineup for some much-needed hydration includes Pharrell’s trio of clean, vegan products, Humanrace. “Exfoliating and moisturizing is my main thing so it’s cool to have these three different stages of your process,” he says.

Social media can often feel like a relentless hum of notifications, which makes the good stuff really jump out. Donté Colley is the good stuff. Synonymous with emoji-accentuated dance moves and the power of positivity, Colley, true to his astrological sign (a Taurus) is the charming ray of sunshine captivating the Internet. Dubbed “the hope we need on Instagram” by The New York Times, Colley’s talents know no bounds, thoughtfully advocating for mental health and the Black community. The Toronto-born, choreographing content creator even moonlights as a model for Diesel, Glossier Play and has walked the runway for Reebok by Pyer Moss.

Courtesy of iS Clinical 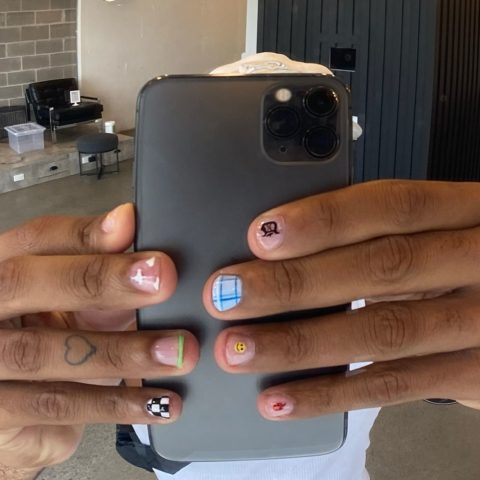 Colley is a Dermalogica devotee #NotSponsered, he swears. “I use the pre-cleanser oil and special cleansing gel, which takes all the dirt and debris off my face.”

“I came across this active serum and it literally cleared all of my breakouts, in a matter of hours, almost like within a day. I’ve fallen in love with iS Cclinical. Over the past few months, especially during quarantine, it’s been a super stressful and anxiety-driven era and it can definitely show up on your skin.”

“I’m finding myself getting more into lip oil. A friend of mine just released this lip oil line and my lips seem to love it. It penetrates deep and keeps my lips hydrated.”

“Nails are just another outlet to express ourselves and to be creative — like a canvas. If I want some fun designs, I’ll definitely hit Tips Nail Bar and book an appointment. Every nail artist is super talented and I just let everybody do their own thing, which is awesome because I love being spontaneous and going with the flow.”

If you’ve been loitering around TikTok, then you’re familiar with the palpable thirst that is LoveLeo – a.k.a. Leo Reilly. The Los Angeles-born digital creator and musician – and son of actor John C. Reilly – occupies the heart-throb portion of Gen Z’s digital Venn diagram with over a million followers and fans like Addison Rae and the D’Amelio sisters lip-syncing his boppable tunes. But most of Reilly’s elusive charm exists through his infinite personas and characters, customizing everything from bite-sized videos to clothes and beauty. One day he’s flexing technicoloured petals glued to his face and the next, he’s showcasing a minimalist look that screams: I’m young, I’m flushed and I know my light. 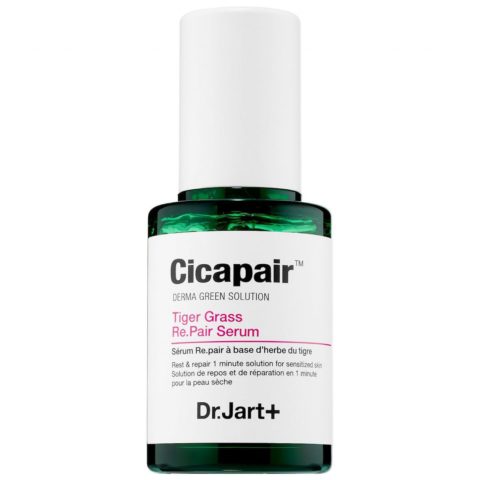 Expressie in Seize The Minute

“I do my nails myself. I just paint them and if I mess up and get some on my skin, then I just keep going and scrape it off later. Every now and then I’ll take a break from the polish and keep them natural for a while.”

“I rinse with water, wash with a gel cleanser, spray a little bit of toner then apply moisturizer to any dry sections of my skin. All together it takes about five minutes.”

“My mom introduced me to the world of skincare. She taught me all the tips and tricks.”