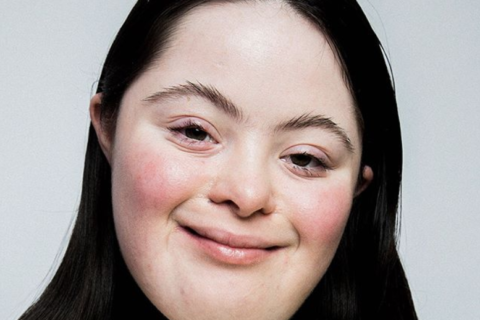 If there’s one thing we love to see, it’s inclusive advertising – and Gucci’s new campaign for its colour cosmetics line might just be one of the best we’ve seen yet. Recently released, the new Gucci Beauty campaign features 18-year old Ellie Goldstein modelling the brand’s L’Obscur mascara.

Goldstein, who has Down Syndrome, was scouted via social media in partnership with Vogue Italia. For the campaign, she was shot by London-based photographer David PD Hyde – who was also scouted via the social media platform. And since being shared on the brand’s Instagram a few weeks ago, the post has become its most liked image ever with over 83,600 likes and over 1,500 comments praising the casting choice.

Goldstein is represented by Zebedee Management, a modelling agency which works “with and for people with disabilities and visible differences,” according to its Instagram bio. On her own Instagram, the Essex-based teen wrote, “I feel so lucky and honoured to be chosen for this mascara campaign,” as she shared a behind-the-scenes shot from the day of the shoot.

The campaign also featured Enam Asiama, Jahmal Baptiste, Kadri Vahersalu, Ruoyi Yim and Sarah Batt. Speaking of the mascara, designer Alessandro Michele, said, “I designed L’Obscur mascara for an authentic person who uses makeup to tell their story of freedom, in their way.”

This isn’t the first time Gucci has celebrated beauty in all of its forms. Back in May of last year when the brand launched its lipstick line, it cast NYC punk rocker Dani Miller as one of its faces. For the first time in a lipstick campaign, the brand showed a model with imperfect teeth and thus begun its groundbreaking approach to beauty.