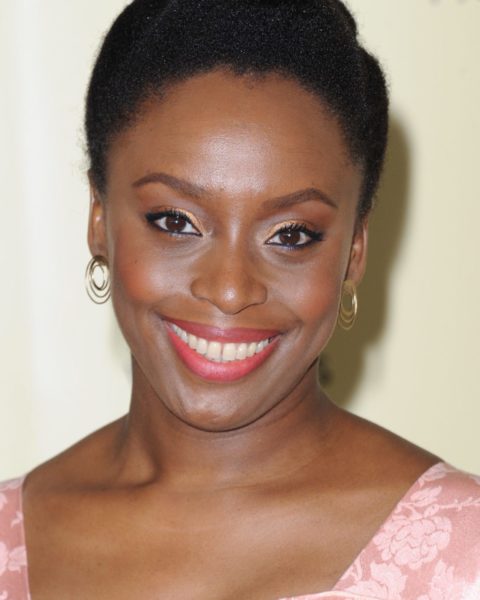 Why Chimamanda Ngozi Adichie’s Boots No7 Campaign is Hugely Important

When you picture the typical spokesperson for a cosmetics brand, you probably think of a model or actress — not a critically-acclaimed writer and feminist. Well, Chimamanda Ngozi Adichie is here to challenge that narrow perception of femininity with her new campaign for Boots No7. The campaign, which launched on October 21 on television, online, and in print, features the lauded author explaining why she loves makeup.

“I love makeup and its wonderful possibilities for temporary transformation. And I also love my face after I wash it all off,” Adichie said in a statement for the campaign. “There is something exquisitely enjoyable about seeing yourself with a self-made new look. And for me that look is deeply personal. It isn’t about what is in fashion or what the rules are supposed to be. It’s about what I like. What makes me want to smile when I look in the mirror. What makes me feel slightly better on a dull day. What makes me comfortable.”

Adichie’s campaign has been making waves since it launched, and for good reason. Having an accomplished black female writer as the face for a popular cosmetics brand sends a strong message: that it’s possible for a woman to be successful and intelligent and a feminist while enjoying “girly” things such as fashion and makeup.

Furthermore, as Chaedria Labouvier wrote for Elle, “it’s political that one of the biggest British brands has tapped a dark-skinned Black woman writer who writes about feminism, colonialism, and Nigeria to represent them.” Women of color have long been neglected or ignored by the beauty industry (Adichie herself has admitted to carrying her own foundation with her because it’s so hard to find her shade), so perhaps Adichie’s involvement with Boots No7 will have a positive impact in that regard.

Still, critics argue that Adichie is wrong to commercialize feminism and encourage women to buy and wear cosmetics. It’s a complicated issue because the fact remains that women are under intense pressure — pressure that men don’t experience — to spend time and money on cosmetics. That’s probably why Alicia Keys received so much approbation when she decided to go makeup-free a few months ago; it’s seen as the harder, “more feminist” choice.

The thing is, though, makeup is not inherently feminist or anti-feminist; women being able to make the choice to wear or not wear makeup is feminist. In the ideal world, every woman would be able to examine their motivations for wearing makeup and decide if it’s an obligation or source of joy for them. It’s like Adichie’s Boots No7 ad says: “Makeup is just makeup. It’s how you feel wearing it that matters.” Thanks to women like Keys and Adichie publicly assuring women that it’s okay to go in either direction, we are one step closer to women everywhere being able to make this choice without having to explain or defend themselves.