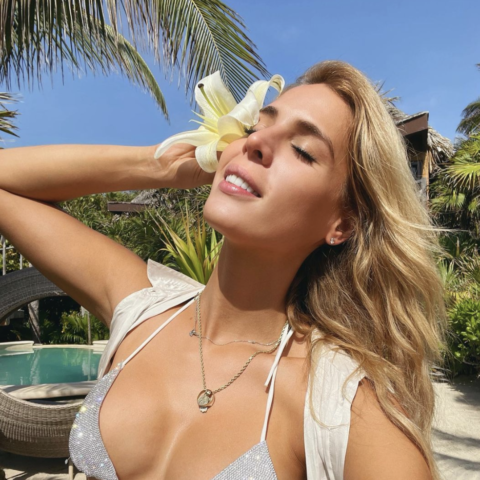 Carrera talks about her latest projects, must-have beauty products and advice for anyone who’s at the start of their transition.

If you watched the third season of RuPaul’s Drag Race (which aired back in 2011), we bet it was instantly obvious that Carmen Carrera was a star. After the show aired, Carrera came out as transgender and began her transition in the public eye. That was just the beginning for the multi-hyphenate performer and activist, who has since signed with Elite Model Management, established a flourishing acting career and become an icon in the Latinx and LGBTQ+ communities — to name just a few of her accomplishments.

We caught up with Carrera over Zoom to learn more about her latest projects, her journey post-RuPaul’s Drag Race and her advice for anyone who’s at the start of their transition. We even got her to spill some of her top beauty secrets, including her can’t-live-without-them skincare picks.

On her transition after RuPaul’s Drag Race

“When I was on RuPaul’s Drag Race, I knew that I was going to transition after the show. So I wanted to do the show, not because I wanted to win, but I wanted to be a proper representation for my local community back home. My objective was to create a time capsule. I wanted to remember that time in my life, because I knew after that, my life was going to change. At the time, there wasn’t a lot of transgender representation, so I was a bit nervous. When I was performing and doing drag, there’d been such an amazing presence of trans people [in my community]. I was always surrounded by trans people — especially trans women — and I was really inspired by the glamorous, femme fatale energy of the trans women that would do pageants.”

On transitioning in the public eye

“Transitioning in public was definitely not what I was expecting. I was really shocked to see how much ignorance existed, even within my own community. That’s what pushed me to be more of an activist and speak up on the harsh reality that a lot of trans women experience. Being signed with a modelling agency as their first trans model was groundbreaking but I was still being objectified because I was trans, so I really wanted to change the narrative in the media. I wanted to show people my humanity, because that can get lost a lot of the time.”

On the work that still needs to be done

“I’m not the only one who wants to change the narrative. It’s been everyone’s hard work, everyone that’s been willing to put their image out in the forefront and talk about these experiences [being objectified as trans people], with or without fear. I think that’s where I’ve seen the biggest change. More and more people are becoming open and aware and are receiving [trans people] in a [better] way. Moving forward, the work that needs to be done is to let people in on our vulnerability, but in a way that is less alienating and is more loving. I’m speaking about storylines in movies and in TV. Now we’ve got to show people where we fit in the world. We’ve got to show them how to embrace us and what we’re capable of.”

“If you’re at the beginning of your transition, take your time. For me, I wanted to get everything done so fast, because I thought I knew how to handle those things. But to evolve and become the person that you want to be, that person you see yourself as, it takes a while. It’s a process for every human being, trans or not, to be that amazing [version of yourself], and to go through your phases and to learn your lessons. Just know that if you take care of yourself, and you have a great support system in your family or your friends, you’re going to be okay. Take every day as a blessing and let yourself grow and bloom. Love yourself through the process so that when you do get to your end goal, you have your own sense of value.”

“I love going on tour and I love the show. It’s where I come from; it’s where my heart is. I don’t know if there’d be a place for me, but I’m not going to rule it out. I would love to go back on stage, and I’d love to see my community again because that’s where I got a lot of my strength. I really miss that connection and I miss seeing my people. So, if it takes me having to go and do this competition, I just might.”

On her upcoming role in Trans Los Angeles

“Trans Los Angeles is the debut feature film by transgender writer/director Kase Peña. It’s a four-part feature, like an anthology of short films in one, and my segment is called Period. I play Vergara, a sex worker who just got out of jail and is wanting to make a change in her life. She’s looking for ways to transition from one lifestyle to the next and she’s constantly reminded of her past. She’s working through that just to be able to find the light at the end of the tunnel. It’s an inspiring story and I was really happy to play her because a lot of the time, we don’t see the trans character’s storyline end in success. It’s always a similar scenario with no real ending — the character just disappears. This role is definitely going to push people to understand that regardless of what we go through, there’s always a chance for a new beginning.”

On her dream co-star

“I’d love to work with a Latina actress, like Sofia Vergara, Eva Longoria or Jennifer Lopez. That would be huge for me, just because I really want to open up the conversation of trans women finding a connection to their Latina mother and I can speak from my own personal experience growing up in that culture. I’d love to be able to see that on film.”

On how her relationship with beauty has evolved over the years

“When I first got into makeup, I was doing my mom’s makeup, my sister’s makeup, my cousin’s makeup. I wanted to make everybody stunning. I was obsessed with Beyoncé and JLo’s makeup artist, Scott Barnes — I wanted to give everybody that glow. I was really popular at the M.A.C counter where I worked; I was constantly booked. Aside from working at M.A.C, I was also doing makeup on myself and my friends for drag shows. On stage, I exuded confidence and energy and that blossomed into having a drag career and being on RuPaul’s Drag Race. Over the years, I’ve learned that makeup and beauty is your power, especially when you’re going out in the world — you have to have your armour ready. At the same time, I want to feel good about myself when I wear makeup, but also when I don’t.”

On the best beauty tip she’s picked up on set

“Honestly, cream foundation. If you use a kabuki brush and buff it into your skin, you look like a million dollars. I don’t know if that’s old school and maybe everybody knows that already but that’s one of the tips I’ve picked up. It sort of makes you look like you have more collagen in your skin.”

On how she’s approaching Pride this year

“This Pride is a little iffy because there are still a lot of events that are cancelled. So what I’ve been doing is trying to build up the morale of my community and remind everyone how awesome we are. Uplifting people is really important. Now more than ever, it’s about inspiring the community because we’ve got to crawl before we can walk, before we can twirl again. This Pride is like a teaser, because so many things are opening up, but we’re not at 100 percent yet. People are still a little traumatized from being on lockdown and being so fearful that in order for us to get back to being free-spirited and expressing ourselves and being who we’ve always been, it’s going to take a little time. In my personal experience, the pandemic has really humbled me. It’s put me in a place that, if something bad were to happen again, I’m stronger now.”

“I try to use them once or twice a week.” 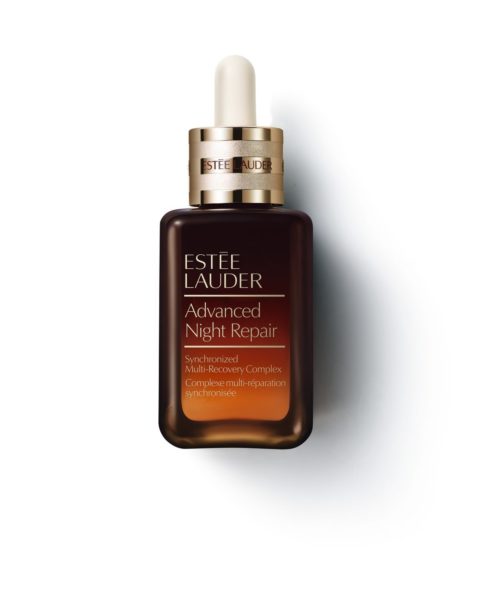 “An oldie but goodie. I use this serum right after I use the Dennis Gross peel. In a few hours, I look fab.” 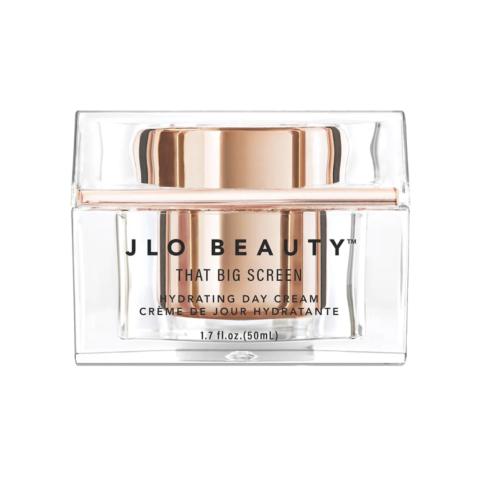 “I'm using JLo Beauty right now and I really like it. I like the way it smells fresh. I've seen a difference in my skin, and this is only my first jar. I use the gel moisturizer during the day before my makeup and it really holds moisture in my skin.” 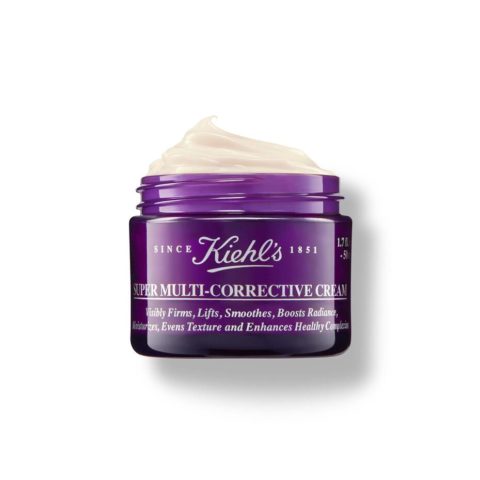 Buy Now
Photography via instagram.com/carmen_carrera
Get the best of FASHION in your inbox Thanks for signing up!
The latest fashion, beauty and celeb news delivered right to your email #FASHIONforall Now, check your inbox to complete your subscription
We won’t ever use your email address for anything else
Want even more FASHION? Follow us on social media.