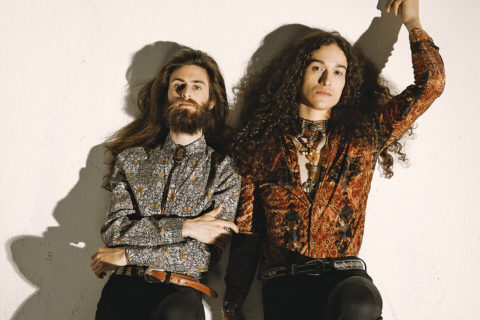 Buoyant, shoulder-grazing tresses are a prominent feature of Crown Lands, the genre- bending psych-blues rock band comprising Cody Bowles and Kevin Comeau. “They’ve definitely become part of our identity, for sure,” comments Comeau. “Our hair is important to the band and what it represents.”

The pair, who hail from Oshawa, Ont., began their joint hair journeys six years ago, back when Bowles (vocals, drums) and Comeau (guitar, bass, keys) first met and quickly bonded over their shared obsession with Canadian progressive rock band Rush. Their look developed out of necessity rather than an active decision, shares Comeau. “It was more about the fact that I had spent all of my money on guitars, so I didn’t have any left for haircuts.”

Their lengthy locks have become a trademark that creates an impact onstage and are as unforgettable as their “heavy, loud” music. “It’s a presence thing,” expresses Bowles, who identifies with the non-binary pronouns they/them and isn’t shy to enhance their cascading curls with wild outfits, body glitter and makeup. “When people see us, they’re like, ‘Wow, sick!’ They know they’re in for something interesting.”

Headbanging and hair whipping while shredding his guitar is paramount to Comeau’s showmanship. “It’s my only way of dancing because I’m standing and playing keyboards with my feet, so I can’t move around,” he explains. “Before touring ended this year, I’d almost built up some choreography: I had movements for each song.” And that feeling of hitting the stage to perform for a crowd? According to the duo, it’s like a time-escaping, transcendental moment that changes you, inside and out. “When the sound waves hit your body, you become bigger,” expresses Comeau, mentioning music and religion in the same breath. “It’s the same reason why people go to church or join sports teams – it’s to serve something that’s bigger than yourself. And I think that’s a huge part of human nature and societies. We want to be part of something bigger than ourselves. That’s what Crown Lands represents for Cody and me. It is so much more than the sum of its parts.”

A greater mission is written into the band’s name. It’s a direct nod to territorial areas once belonging to the British Crown that were passed on to the federal or provincial governments – lands that Indigenous peoples traditionally occupied. It’s a blunt and powerful alias that compels the duo to create music that educates people about Indigenous injustices and Canada’s troublesome history. “It’s our duty to speak up about things that really matter,” states Bowles, who is half Mi’kmaq (an Indigenous tribe from the Atlantic region of Canada). And in the wake of a global chorus calling for a reckoning with anti-Black racism, policing and inequality, Crown Lands’s passion to raise marginalized groups is burning stronger than ever. “There’s a spiritual revolution happening, and we have a duty to be the soundtrack to it,” says Comeau. “As a straight, white-presenting male, I have a huge responsibility to be a good ally.”

Their 2017 song “Mountain” paints a picture of colonization and the damaging government-sponsored residential school system (an attempt to eradicate Indigenous youth of their cultural language and practices that caused long-term intergenerational problems among Indigenous communities). Then there’s “End of the Road,” which was released this year and shines a spotlight on the notorious Highway of Tears, a remote stretch of road in British Columbia known for the dozens of women and girls – mostly Indigenous – who have vanished or turned up dead in the area. To this day, most of these cases are still unsolved.

Comeau, on the other hand, is quick to flip the script. “Listening to music helps a lot with mental health, but creating it can sometimes be super straining,” he says. Especially when you have to “tear your soul apart to write a good record” and hit the road for a whirlwind tour that pulls you away from loved ones for lengths of time – realities that are often not spoken about in the music industry. Comeau adds that he reached his lowest point this past February while recording Crown Lands’s latest creation, Wayward Flyers, a five-track acoustic EP. How did he cope? With weekly therapy. “It’s never the wrong time to get therapy,” he states. “Finding someone you can talk to? There’s no shame in that whatsoever. It’s been the best investment in my life – other than my guitars.”

Below, the duo unpack what their hair (and beard) routines consist of. 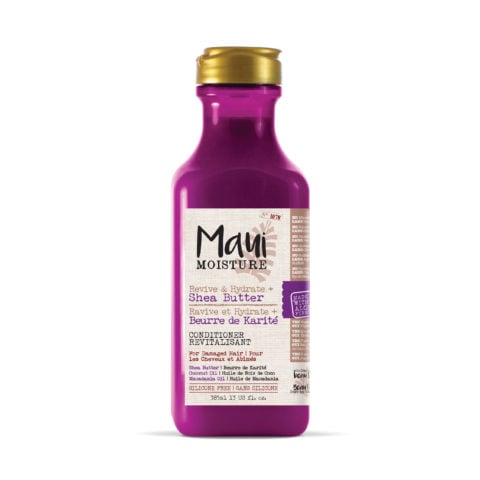 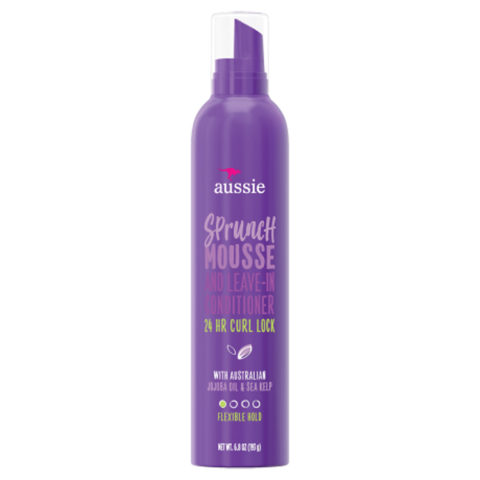 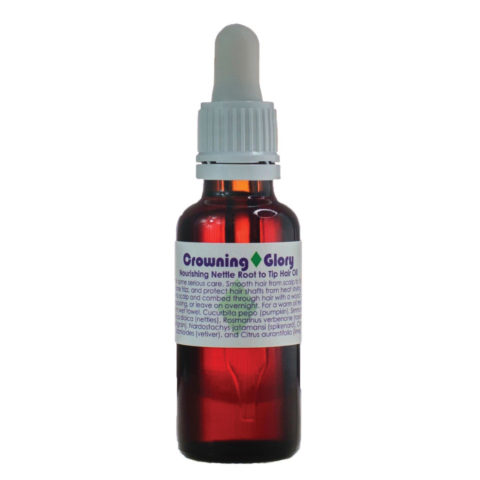 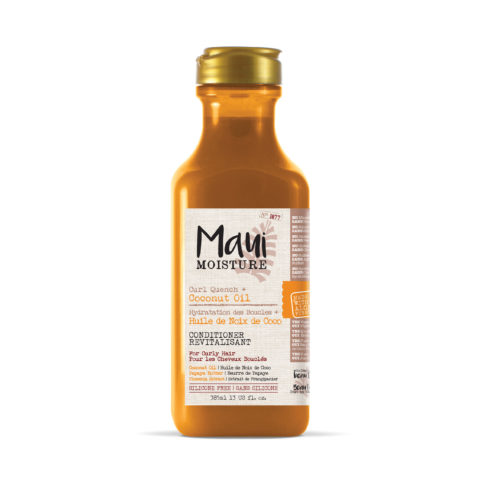 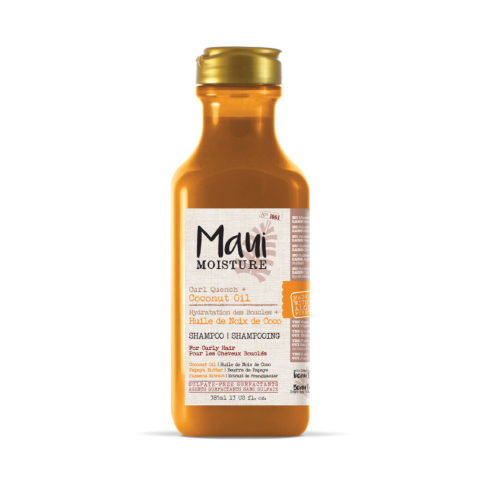 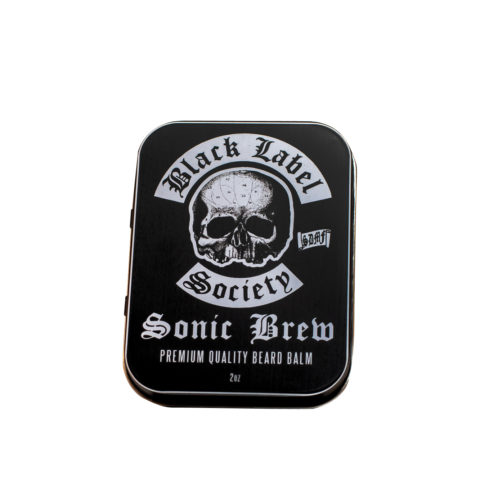 “I only use conditioner in my hair because it’s so curly and thick and knots a lot. I apply this every other day in the shower.”

“On tour, I sometimes put some mousse in my hair if it’s feeling dry.”

“I apply a leave-in conditioner concoction that I make. I use coconut oil with a blend of castor oil and this amazing oil that has nettle extract and some other really good stuff in it. I mix it all up with some water and go to town.”

“I started my hair journey basically stealing Cody’s shampoo or conditioner on the road, and I
got hooked on Maui Moisture’s Coconut Oil line. I always shampoo and condition at night.”

“I comb my hair in the shower when I’m condi- tioning and let the con- ditioner soak in for a few minutes.”

“For my beard, I use natural coconut and jojoba oils and a nice beard balm when I’m feeling fancy. This is the best one I’ve ever used.”