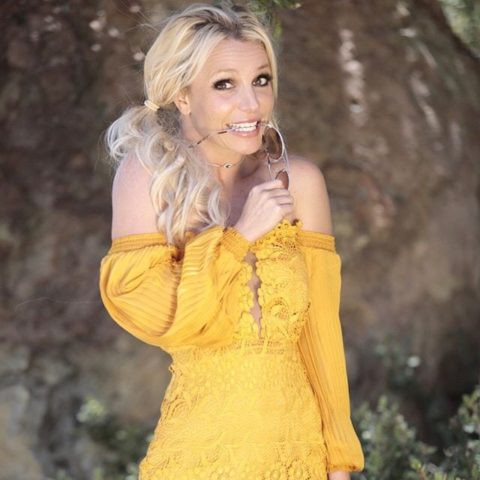 Let’s be real, if you didn’t have a hot pink bottle of Fantasy sitting on your bedroom shelf in 2005, then what were you even doing? Britney Spears is the ultimate success story when it comes to celebrity perfumes and with a whopping 23 bottles under her belt, it’s clear she knows what she’s doing. (Midnight Fantasy, BTW, received a four star review from Chandler Burr, former fragrance critic at The New York Times.)

The 36-year-old recently announced the addition of yet another scent to her fragrance lineup, but despite its long list of predecessors, this one is something totally new. Prerogative is set to be released later this month under the tagline, “A fragrance for all.” And as the star’s first unisex scent, it really is a perfume for everyone.

Britney Spears made a unisex perfume/cologne? Time to smell like a legend!

I NEED TO GET BRITNEY SPEARS LATEST PERFUME. NEEEEED

The name of the new gender-neutral perfume clearly references the classic ’90s song “My prerogative” by Bobby Brown. Spears went on to cover the hit in 2004, producing a version that became widely popular. The bold scent features unique notes of pink pepper, espresso foam and amberwood.

Prerogative. A fragrance for all. ? #MyPrerogative

It’s exciting to see Spears release a gender-neutral perfume, especially given her large, supportive LGBTQ fan base. In April, she even accepted the GLAAD Vanguard Award at the 2018 GLAAD Media Awards.

The brand released a statement saying the perfume was “created for the woman or man who defies inhibitions and societal limitations” and that the scent “fuels the confidence and determination to be whoever you want to be.”

The black and pink perfume bottle will be released alongside a matching body spray. You can buy the products at Walmart starting this month and they’ll also become available at Kohl’s stores later this summer.