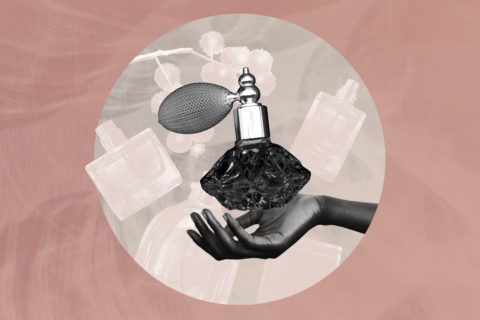 “Scent was such a huge part of my parents’ heritage, whether it was in the food, the perfumes or the incense they brought with them. These cultural experiences had been expressed through music, fashion and art but never via scents.”

These four BIPOC-owned fragrance brands are using the power of storytelling to create both challenge and change in the perfume industry.

Haisam Mohammed’s olfactive inspirations can’t be found in a field of flowers or on a sunny coast in the Mediterranean. “My inspiration comes from the manifestation of a life lived among high-rises, which are often the homes of people of colour,” he says. Born in Sweden to parents who emigrated from Eritrea, Mohammed grew up among the high-rises in the outer city parts of Stockholm. “These high-rises housed a lot of families that had a variety of ethnic backgrounds,” he explains. “When they blended spices, burned incense or cooked, the scents slipped through the cracks of the doors and accumulated into this special smell that could only be found in the stairwells.” Those overlooked spaces may be based in Stockholm, but their scent stories are universal and have been given the spotlight in UNIFORM. In 2020, Mohammed launched the brand with three vegan and cruelty-free perfume oils that you can easily slip into your pocket and reapply throughout the day—a format that pays tribute to his father, who had drawers full of perfume oils that he used to collect. “Scent was such a huge part of my parents’ heritage, whether it was in the food, the perfumes or the incense they brought with them,” he says. “These cultural experiences had been expressed through music, fashion and art but never via scents.”

When Halifax-based co-founders Ariel Gough and Edwina Govindsamy decided to launch a fragrance brand, their first goal was to create something for sensitive noses that was inspired by Gough’s mom, who had a severe fragrance allergy. “We thought, ‘Wouldn’t it be great if people with fragrance sensitivities could wear it?’” says Gough. Bailly’s perfume oils are coconut oil-based and formulated without alcohol (known to be an irritant). They also wanted their business to have a positive impact, donating the proceeds from their first collection to the Girl Power Project in support of girls’ education in Uganda. But perhaps their most ambitious undertaking was the desire to change the way fragrance is marketed. Moving away from the fantasy world of traditional advertising, they showcased real women doing real things for their second fragrance collection, called Limitless. “It highlights women breaking the glass ceiling in under-represented fields like aviation, data analytics and carpentry,” says Govindsamy. One of the faces of the collection is Lydia Phillip, a glider flight instructor with the Cadet Instructors Cadre who was the first Black female flight commander at the Debert Cadet Flying Training Centre in Atlantic Canada. Continuing their mission to have a voice in the global conversation about fragrance, Gough and Govindsamy are currently working on a new scent launch for later this year that focuses on health and wellness.

Chris Collins spent 20 years as a model at Ralph Lauren before setting his sights on fragrance. His time with the fashion house helped him learn about luxury and branding and ultimately launch World of Chris Collins in 2017. It also introduced him to Kilian Hennessy, of Kilian, who became a mentor after they worked on a bespoke fragrance project together. “His fragrances set the bar for my creations,” he says. “I wanted to create unique, powerful fragrances like his but with my own DNA attached to them.” Part of that was using scent to shine a light on Harlem—a place Collins called home for almost 20 years. “No one had ever made the connection between Harlem and the French when it came to perfumery, and I always wondered why,” he recalls. “Then I thought, ‘What a wonderful story to tell of the cultural exchange between New York and Paris.’ A lot of African-American performers, poets and writers — like Josephine Baker, Langston Hughes and James Baldwin — left Harlem for Paris because they were more accepted there.” The Renaissance collection pays homage to the period. Collins’s brand is currently the only Black-owned fragrance label available at Bergdorf Goodman and at many other retailers where it is carried. “I’m not sure why,” muses Collins. “There are lots of good brands out there, but if they’re not given the opportunity to show their stuff, they’ll never have the chance to succeed.”

When Dana El Masri was studying at the Grasse Institute of Perfumery in France, she was required to create a fragrance for her final project. After being trained in a classic French method mostly by French perfumers, she ended up with a fragrance that was quintessentially ancient Egyptian. Since then, rejecting conventions has become one of her defining traits as a perfumer. “I want to express new narratives because ancient perfumery comes from Mesopotamia,” she explains. “There are so many things that have been colonized and repatriated without any understanding of the origins. It’s about sharing new stories or stories that actually exist but are hidden, stolen or forgotten.” The Montreal-based perfumer’s fragrance brand, Jazmin Saraï, embodies that very idea with an interdisciplinary, multi-sensory approach that combines music, art and culture. Raised in Dubai by an Egyptian mother and a Lebanese father, El Masri moved to Canada to pursue a singing career and study and was later drawn to perfumery. After creating fragrances for other companies, she turned her attention to her own label to create on her own terms. Her first collection, The Playlist, imagines what a song would smell like if it were in scent form. Other fragrances, like Fayoum, are an olfactive ode to the Middle East. “I wanted to swap the negative war-torn images of my countries,” she says. “There’s so much scent metaphor in the Arab world. It’s a huge part of our rituals, from how we express ourselves to the way we involve it in all of our social interactions.” She seeks to illuminate those rich cultural histories with her fragrances.

DESIGN BY KAYLEEN DICUANGCO
Get the best of FASHION in your inbox Thanks for signing up!
The latest fashion, beauty and celeb news delivered right to your email #FASHIONforall Now, check your inbox to complete your subscription
We won’t ever use your email address for anything else
Want even more FASHION? Follow us on social media.