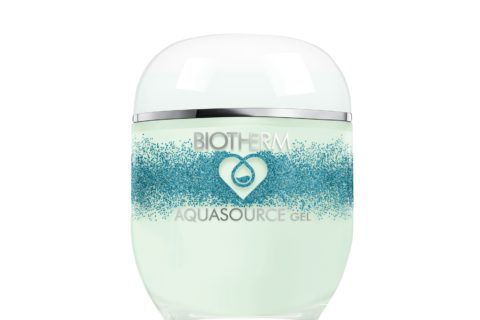 What Biotherm Is Doing to Help Our Oceans, Which Are in Crisis

Back in July, footage of trash floating atop normally crystal blue waves and onto the shores of Montesinos Beach in the Dominican Republic was released by a group of conservationists who called it a “dense garbage carpet.” The sight of plastic bottles and takeout containers mingling with seaweed illustrated the critical condition our oceans are in. And what we see with the naked eye is only half the story. “It’s microplastic that is integrated into the water,” says Brett Loveman, director of communications for Mission Blue, an organization founded by oceanographer Sylvia Earle, who is devoted to protecting the world’s waters. The bits of broken-down plastic are less than five millimetres, “so they’re more insidious.” They get ingested by aquatic life and can even end up being consumed by humans via seafood or tap water.

“Species are now moving to different latitudes. This is changing where populations are and can throw things out of balance.”

Plastic isn’t the only problem facing our largest bodies of water. Excess carbon dioxide in our atmosphere is also dissolving into our oceans, creating ocean acidification, which changes the water’s chemistry. Then there are the rising sea temperatures, which lead to the death of coral reefs and disrupt ecosystems. “Species are now moving to different latitudes,” says Loveman. “This is changing where populations are and can throw things out of balance.”

Aware of the high-priority situation that our oceans are in, skincare brand Biotherm—which sources Life Plankton from hot springs in the French Pyrenees and recreates it in its labs—established its Water Lovers program six years ago. As part of the company’s commitment to help protect oceans, it harvests its star ingredient responsibly, uses only biodegradable exfoliants and sunscreen ingredients as well as recyclable packaging and is mindful of its own water usage when producing products. Biotherm also contributes to Mission Blue (since 2012, it has donated $1,070,000) through the sale of limited-edition versions of its bestselling products: Aquasource Gel moisturizer, Life Plankton Essence and Lait Corporel body milk.

Mission Blue uses the money to fund its work, which focuses on raising awareness of and expeditions to Hope Spots—protected critical marine areas that are “vital to ocean health.” Almost 100 have now been identified, including Saanich Inlet and the Southern Gulf Islands, an area bordered by Vancouver Island. This past June, Mission Blue made an expedition to the Arctic (to one of the first Hope Spots established by Earle and one that’s warming the fastest), which was made possible with the help of funds from Biotherm. But there is still much more to be done, says Loveman. “The next 10 years are going to be the most important of the next 10,000.”

Biotherm Aquasource Gel ($92)
Get the best of FASHION in your inbox Thanks for signing up!
The latest fashion, beauty and celeb news delivered right to your email #FASHIONforall Now, check your inbox to complete your subscription
We won’t ever use your email address for anything else
Want even more FASHION? Follow us on social media.