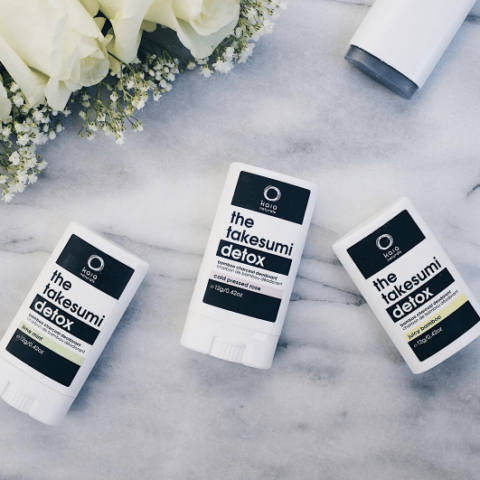 When it comes to natural deodorants, there is a great divide between those who swear by them and those who avoid them like a plague. For the latter, it’s perhaps the misconception that natural deodorants don’t actually work, leaving you smelly and all-around gross. (I’ve had a friend once tell me, “I really want to go the natural route, but I can’t go on a date like that!”)

But for those who do prefer going the natural route, what they’ll tell you is this: 1) natural deodorants don’t include controversial ingredients like aluminum or phthalates, both of which are chemicals that have been said to have adverse health effects, though, according to the American Cancer Society, there is “very little scientific evidence to support this claim”, 2) your body needs to sweat to regulate its temperature and get rid of toxins, 3) the majority of natural deodorants are cruelty-free and vegan-friendly and 4) you won’t have to worry about those yellow stains on your white shirts, which are caused by aluminum mixing with sweat.

Now, making the switch from conventional to a natural deodorant isn’t easy. You will experience some odour breakthrough as your body sweats more and begins to adjust to the new routine. But according to Mary Futher, founder of Kaia Naturals (the makers of the Takesumi Detox Charcoal Deodorant), this is totally normal. And though the transition is difficult, it’s worthwhile to stick with it.

“What most people don’t know is that underarms go through a detox phase (approximately four weeks long) when they transition from antiperspirant to natural deodorant,” Futher explains. “That’s because antiperspirants — which are loaded with harmful ingredients, including aluminum — block sweat glands, thereby trapping toxins within the body. When you make the change to natural deodorant, your underarms are finally free to breathe.”

Of course, there are some other tricks you can use to keep odour at bay. Washing regularly, obviously, is one (I’ve once been told clay soap is the key to making the switch to natural deodorant successful, and though I cannot back this claim up yet since I have yet to try, it may be worth a shot), as is drinking plenty of water because, you know, you’ll be sweating a lot more. Exfoliating is also said to help keep your natural deodorant working and dry brushing and massaging will help increase circulation. It is also advised to wear loose clothing made from natural materials (cotton, linen or bamboo for example) to smell fresher for longer.

If you really want to make some lifestyle changes, you can try a “cleaner” diet sans beef, pork, alcohol, caffeine and processed foods. Leafy greens are said to combat body odour and probiotics and apple cider vinegar (to help aid digestion) can also help. Exercise can also help speed up the process because you’ll be sweating even more. Finally, just be sure to apply your deodorant on clean, dry skin as often as necessary for best results.

Ready to make the switch? Check out some of the most popular natural deodorants below: 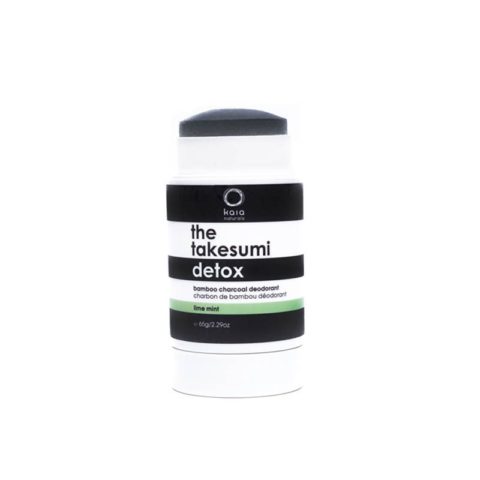 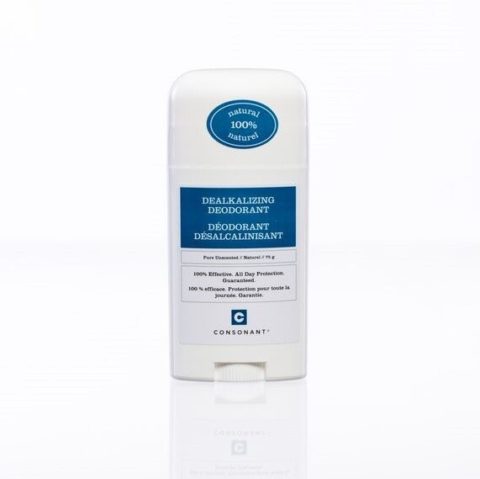 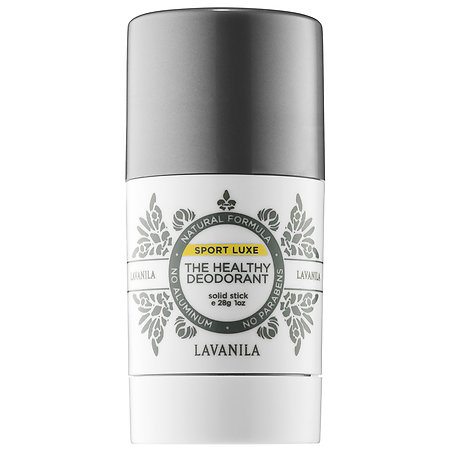 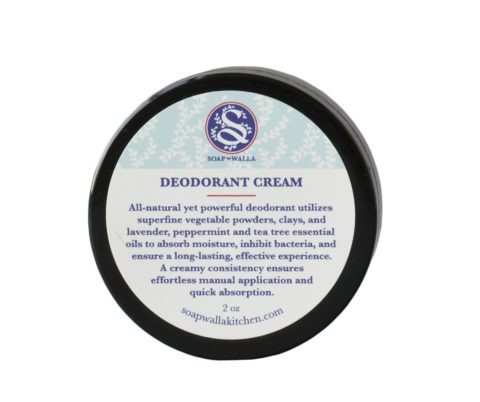 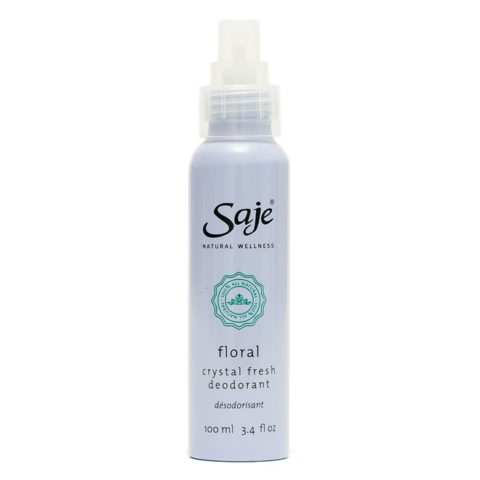 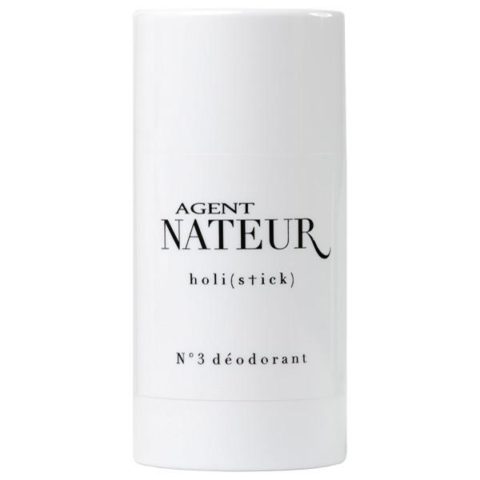 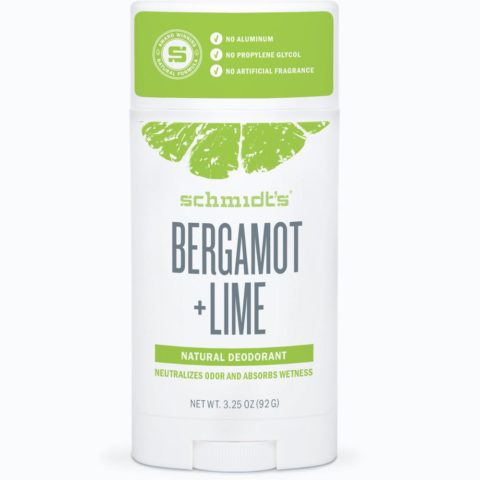 Baking soda is often used as an alternative to aluminum in natural deodorants, but it has the tendency to irritate skin, especially in an area where skin is delicate. Kaia Naturals’ Takesumi Detox is baking soda, aluminum, paraben and propylene-glycol-free, using activated bamboo charcoal to, well, detox your pits, drawing out toxins and impurities. The detox takes about four weeks, but like we said earlier, Kaia Naturals founder, Mary Futher, says it’s totally worth it.

Contrary to popular belief, perspiration doesn’t actually smell. It’s only when it combines with the alkaline bacteria that builds up underneath our arms that odour occurs. This dealkalizing deodorant from Consonant Skincare is formulated to bring the pH of your skin to 4.5-5 (a more acidic level) to balance the alkaline environment, and therefore, inhibit B.O. Bonus? It comes in an unscented version, if you’re not too keen on fragrance.

This is one natural deodorant that works to keep your pits dry by using cornstarch and silica. Though it’s not as effective as your regular antiperspirant, it is a nice addition when going the natural route. But wetness aside, this natural deo is well-loved for its delicious scent: white jasmine with watery honeydew, green apple and powdery vanilla.

This deodorant cream is more traditional in the sense that it’s not a stick or roll-on and must be applied using your fingers. But if you can get past this foreign form of application, you’ll find that this deodorant made from vegetable powders, clay, and essential oils actually works. Olivia Wilde swears by it — she said she wore it to spin class and “didn’t smell like death after,” but rather a “sweet woodland fairy.” We’re sold.

Saje’s natural deodorant spray uses crystals (liquid mineral salts, to be exact) to neutralize odour-causing bacteria. It’s not at all sticky and has a nice, aromatic-scent to keep you calm and cool throughout the day.

Yes, this is the priciest of the bunch but hear us out — though its ingredient list is simple, it’s quite sophisticated: avocado butter, raw organic honey, lavender essential oil, and eucalyptus oil are just a few of the ingredients sourced locally from Paris that make up its formula. And even though it does contain baking soda, sensitivity is combatted thanks to the coconut oil base. Also, the minimalist packaging is tres chic and will look great on your top shelf (though really, can you expect anything less from a product handmade in France and Los Angeles?)

Schmidt’s is one of those natural deodorant brand that have made even the most skeptical natural deodorant users converts. It originally came in a cream version, but has since added a more convenient stick to its offerings. This formula also uses baking soda to keep odours away, but again, the coconut oil will help with the irritation. And Jean Godfrey June (a.k.a. goop’s beauty director) recently sang its praises on an episode of the beauty podcast, “Fat Mascara,” so you know it’s gotta be good.

Buy Now
Photography via Instagram/kaianaturals
Get the best of FASHION in your inbox Thanks for signing up!
The latest fashion, beauty and celeb news delivered right to your email #FASHIONforall Now, check your inbox to complete your subscription
We won’t ever use your email address for anything else
Want even more FASHION? Follow us on social media.