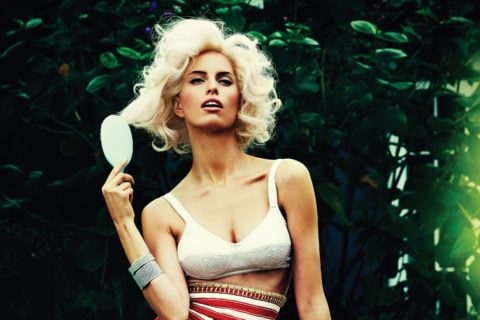 Has your affection for undone-looking French-girl hair caused you to shelve your hairbrush? New innovations—like the first “smart brush”—may change your mind.

Growing up, I regarded hairbrushes with the kind of reverence usually reserved for fancy lipsticks or perfumes. To me, brushes were equally emblematic of glamour and femininity. These days, though, I have an on-again, off-again relationship with them: Sometimes I’m lured by the promise of Marcia Brady shininess; other times I like the wild abandon and rebelliousness of unruly, brush-free strands.

I blame French-girl hair—the artfully messy, purposely insouciant style worn by women like Caroline de Maigret, Clémence Poésy and Léa Seydoux. It’s the kind of hair that’s so impossibly cool it makes you want to throw out all of your brushes. “It’s the effortlessness that everyone likes,” says Harry Josh, a celebrity hairstylist who’s responsible for Gisele’s beachy hair and the bombshell waves on Victoria’s Secret models. “Everyone’s so fussy with hair tutorials. It’s so labour intensive—combing, clipping, rollers, curling irons, hair extensions. All of a sudden, you see girls who don’t give a shit, and it looks confident.”

That self-assured DGAF vibe can also be seen on the runways of Chloé, Céline and Isabel Marant. Individuality has been a recurring theme in fashion for the past few years, and this free-spirited sentiment extends to models’ hair. Instead of having models wear the same hairstyle, designers are embracing looks that don’t appear to require too many products and that don’t involve precision styling using brushes. 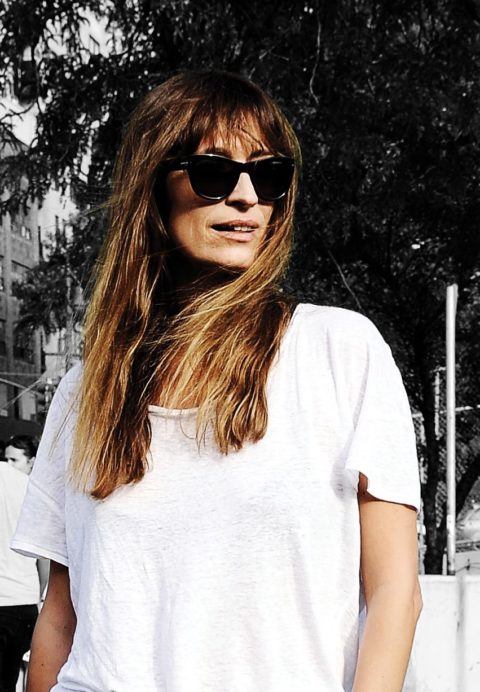 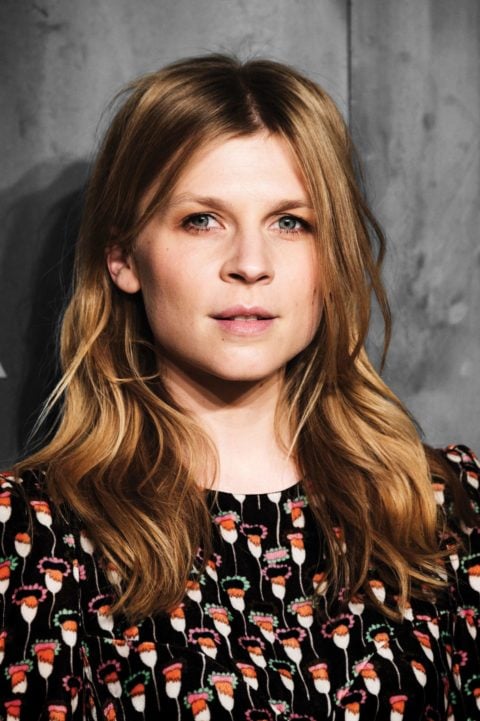 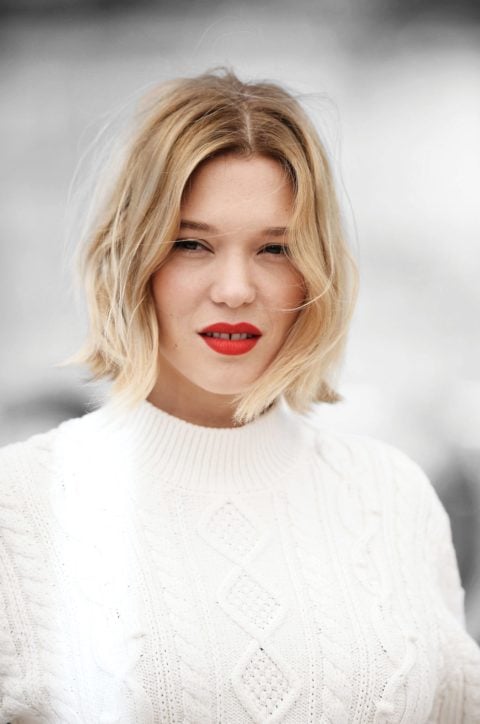 But away from the runway, do most women still use a brush? You may not have seen a woman take one out of her purse lately, but the tool isn’t obsolete. As hairstyles have changed over the decades, brushes have remained useful, lifting bouffants in the ’60s, feathering wings in the ’70s, playing nice with mousse and hairspray in the ’80s and corralling strands into scrunchies and butterfly clips in the ’90s. Since then, they have become essential for bouncy, shampoo-commercial-worthy blowouts.

Brushes have been around for hundreds of years, with a few exciting turning points. In 1777, the first brush-manufacturing company in England sold them with hand-stitched bristles; in the 19th century, Mason Pearson, which would go on to be known as the gold standard, sped up the brush-boring process with machinery and came up with the rubber-cushion pad. In the United States, entrepreneur Hugh Rock was the first to patent a hairbrush design, and, soon after, inventor Lyda Newman improved it with a detachable handle and air chambers for ventilation. Otherwise, the evolution of hairbrushes has been relatively uneventful—until now.

Today, companies are experimenting with design, material and function. Some, like the U.K.’s Tangle Teezer, are targeting specific hair challenges. When the product launched in 2007, it positioned itself as a detangling brush capable of smoothing out knots of Gordian proportions with a palm-friendly design and gentle, flexible bristles. Vancouver-based brand The Knot Dr. takes a similar approach with its detangling brushes that also style. Meanwhile, Conair’s Infiniti Pro Diamond Brilliance Ionic Hot Brush straightens hair and tames frizz using ionic technology. (Negatively charged ions neutralize the positive ions that cause frizz and static.) Goody’s Clean Radiance Brush has copper bristles that reduce the natural buildup of oil and dead skin cells on the scalp. (The soft metal has antimicrobial properties, too.)

The most-hyped news, however, comes from Kérastase, which announced the world’s first smart brush this past January at the Consumer Electronics Show in Las Vegas. Called The Hair Coach, it was created in collaboration with the French tech company Withings and is launching this fall for $250. While you’re brushing your hair, a built-in microphone listens to the hair’s sound waves to detect dryness, split ends and breakage. (Smooth cuticles, for example, create a different sound from broken ones, which create an echo.) Other motion sensors, like the gyroscope and accelerometer, located at the base of the brush, analyze brushing patterns and prompt the handle to vibrate if you pull too forcefully. All the information it gathers is sent via Bluetooth or Wi-Fi to an app that provides tips and product recommendations. The company created the brush in response to the increasing number of hair-related queries via search engines, says Vincent Nida, former general manager and head of development at Kérastase. According to Google Trends, searches for the word “hairbrush” have doubled over the past five years. In other words, despite the popularity of French-girl hair, women are still actively brushing. 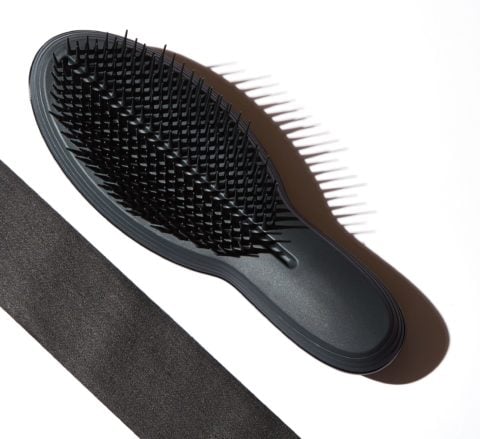 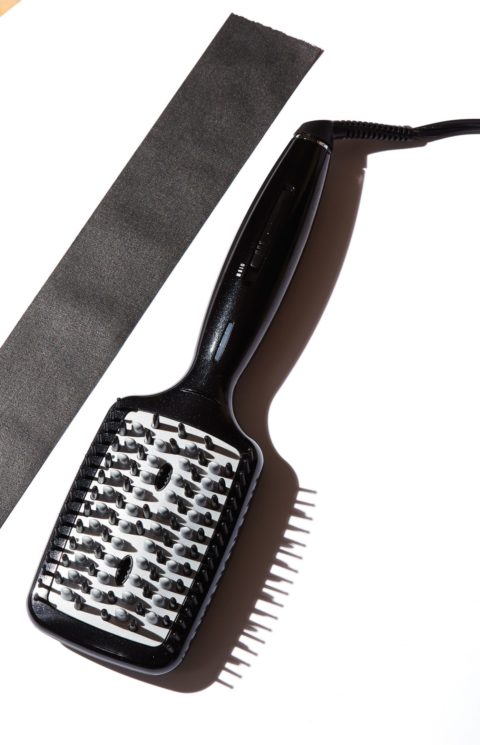 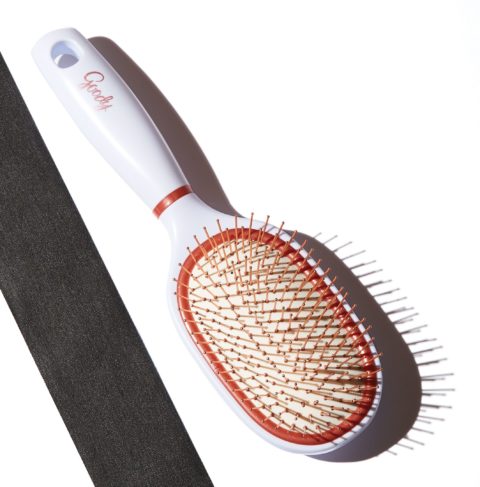 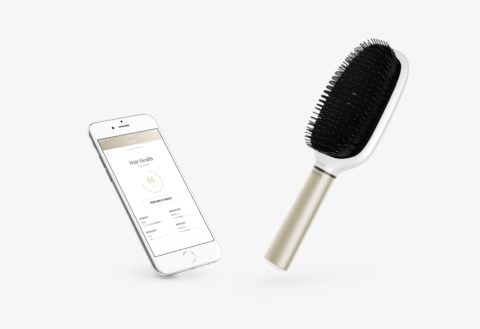 “Everybody I know has a hairbrush,” agrees Didier Malige, the legendary French hairstylist who began his career in the ’60s and has worked on countless editorials for Vogue, i-D and more. Malige uses brushes for all aspects of his job, and being without certain ones, like the Mason Pearson, would be unthinkable. “When I started in Carita Salon in 1965, it was the brush that everybody had,” he says. (Malige also uses the boar-bristle brush on his long-haired Persian cat—and we’d like to imagine that he uses it on his long-time girlfriend, Grace Coddington, too.)

But even if you’re not a hairdresser who requires them for styling, brushes are vital for hair health, exfoliating the scalp (something women don’t do properly or frequently enough, notes Josh), distributing sebum for shinier strands as well as smoothing and detangling. There’s also an important sensorial aspect to brushing. “It feels good, and people use it for that reason,” says Malige.

Perhaps the best reason for not abandoning brushes altogether is that you don’t have to, even if you want your hair to look laissez-faire. Malige almost always uses a brush to get hair looking effortlessly undone. “I understand that neat hair is not so much in fashion, but you can brush your hair and then make it messy,” he says. Josh agrees, comparing it to the “no makeup” makeup look. “You’re using foundation; you’re just not using colour,” he explains. “It’s the same thing for your hair: You can still use brushes and curling irons, but it doesn’t look like you did.”

Has your affection for undone-looking French-girl hair caused you to shelve your hairbrush? New innovations—like the first “smart brush”—may change your mind.

Photography via Trunk Archive
Get the best of FASHION in your inbox Thanks for signing up!
The latest fashion, beauty and celeb news delivered right to your email #FASHIONforall Now, check your inbox to complete your subscription
We won’t ever use your email address for anything else
Want even more FASHION? Follow us on social media.