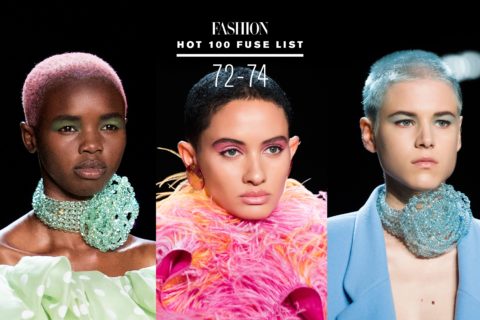 From the Coolest Cuts to the High-Tech Device of 2019, Here’s What’s Going to Be Hot in Hair

In our Winter issue, FASHION editors rounded up the 100 people, products and experiences we think will blow up in 2019. It’s our inaugural Hot 100 Fuse List. From the workouts you’ll be doing, to the new designers and artists you’ll see on your feed, this is your guide to being in the know this year. From Dyson’s latest high-tech device to the rise of genderless hair options, these are the 2019 hair trends you should buy into.

The genderless buzz cut will continue to have a moment because more than ever we’re in a defiant, badass mood. The other upside? It’s the most fuss-free style imaginable (minus the pink and/or blond colour upkeep). –Noreen Flanagan

In March 2017, New York City-based hairdresser Masami Hosono took to Instagram to announce that she was going to squash the ludicrous price gaps traditionally seen between men’s and women’s cuts and charge $80 for each at her salon, Vacancy Project. The Japanese expat’s other motivation was to create a space for many of her clients who identify as gender-neutral or trans. The timing was right, too. The 2016 U.S. election brought about a lot of negative discussion on identity, and a non-judgmental space was exactly. –Lauren Hazlewood

Dyson’s newest hair tool is so game-changing, its technology stems from an aerodynamics phenomenon. Two years after the launch of its Supersonic hairdryer, Dyson is aiming to shake things up with Airwrap, a curling iron that works using high-velocity airflow rather than high heat.

“We use a physical phenomenon called the Coanda effect,” says Sandra Lup, advanced design engineer at Dyson. “It occurs when a high-velocity jet of air meets a curved surface. Instead of bouncing off, air wraps itself around the curve.” The Airwrap’s wand features six slots that release air evenly, creating a vortex that causes hair to wrap itself around the wand. “Because we’re using a strong airflow, we don’t have to go as high with the temperature,” says Lup.

With the help of a thermometer that checks the temperature 40 times a second, the tool never gets hotter than 150ºC. It also releases cool air to set the curl before releasing the wand. And if waves aren’t your thing, Dyson also launched its Airbrush extensions: styling brushes (you choose paddle or round, depending on your hair type and needs) that can dry and style at the same time. –Souzan Michael