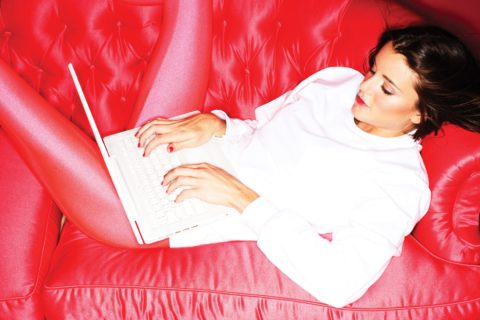 Are We Addicted to Being Outraged?

What if the angrier we become about everything the less we really care about anything?

One minute we’re furious about the tone-deaf, ill-advised use of a reality-TV star in a protest-themed Pepsi commercial, the next we’re angry about the United Airlines CEO who stood behind his employees but in a way that revealed his arrogance and lack of empathy toward passengers. Then, just as we attempt to catch a yoga breath, our Facebook feed informs us that the Globe and Mail journalist who got suspended for attempting to breastfeed a stranger’s baby at a party has been reinstated. And our collective bile rises.

Once reserved for political and social issues of serious societal consequence (think segregation and lynching), public outrage has become the knee-jerk response to everything from Bev Oda, the cabinet minister who expensed a $16 orange juice, to Beauty and the Beast’s LeFou, Disney’s first gay character.

No transgression is too small, or too personally insignificant, to escape our eager wrath and uncontrollable urge to share it, online and off. Like the ouroboros, the mythological serpent that survives by consuming its own tail, outrage is a self-perpetuating cycle that both invigorates and depletes us.

This cycle, enabled by the immediacy and anonymity of the Internet, is easy enough to map out. Studies, like the one conducted in 2013 by the Beihang University in China, which tracked messages on Weibo (the Chinese version of Twitter), found that sad stories were less likely to snag shares and, therefore, they’d die on the social media vine. Anger, on the other hand, was shown to be a high-arousal state that fired up the desire to share. The intense social media backlash, including horrified Twitter reactions, around the Pepsi commercial in which Kendall Jenner abandons a modelling shoot to join a protest march, for example, resulted in the ad being pulled within hours of its online release, even though it cost millions to produce.

Combine the ease of tweeting your condemnation for #KendallPepsi, the rush of getting instant reinforcement from your online community and the possibility of influencing an outcome and it’s easy to see how indignation can become addictive.

That’s something that David Brin, an American scientist and bestselling author who speaks regularly on topics relating to technology and society, knows all about. He goes so far as to suggest that moral superiority has an addictive quality, triggering an endorphin release that people start to crave. “It feels good to think you’re so right and everyone else is so wrong,” he says. While the health risks associated with chronic anger are well-documented, including a higher risk for heart disease and diabetes, Brin theorizes that, for some, moral outrage may work more like a tonic. “Agitating for a cause you vigorously believe in—like human rights or saving the whales—can give your life meaning and even lead to public accolades,” he says.

While the jury is still out on the true health implications of outrage, the economic benefits are undeniable. Ryan Holiday, an Austin-based media columnist for Observer, has made a career of helping companies like American Apparel (where he was director of marketing for years) ride the outrage train to the bank. His 2012 bestseller Trust Me I’m Lying details how creating “fake” controversies for his clients translated into page views and profit. To market the low-budget, lowbrow Tucker Max movie, for example, Holiday ran deliberately offensive movie billboards, defaced them himself and then anonymously reported the “good deed” to reporters and activist groups. The resulting public outrage translated into millions of dollars worth of tickets, DVDs and book sales. “These economics are repeated at the individual level,” he says. “If you want to see your Facebook or Twitter feed get active, talk about something that pisses people off.”

In 2013, Justine Sacco, who was then a 30-year-old senior director of corporate communications, became an unwitting poster child for Internet rage when she tweeted “Going to Africa. Hope I don’t get AIDS. Just kidding. I’m white!” to her 170 followers before boarding. By the time she landed 11 hours later, she was the number one worldwide trending topic on Twitter (#HasJustineLandedYet), with comments such as “So long racist bitch” and “I say we hang her.” Although she insisted the tweet was meant to mock white privilege, she was fired from her job and relentlessly trolled.

Jennifer Jacquet, assistant professor at New York University and author of Is Shame Necessary? New Uses for an Old Tool, believes we need new ground rules when it comes to public shaming. “As anonymity disappears and we get accustomed to a long digital, searchable record about our behaviour, people may learn to tone down their outrage and save it for when the time is right,” she says.

For now, though, outrage continues to be served fast and cheap, a cultural norm Jacquet believes will diminish our capacity for slow, deliberative judgment and hurt our ability to distinguish between a behaviour that is authentically despicable and a controversy that is whipped up to serve a private agenda.

Beyond conditioning us to focus on the tiny battles at the expense of the big issues, chronic outrage may cause narcotizing dysfunction, where you spend so much time fixating on an issue that you mistakenly feel like you’ve done something meaningful to affect it. Holiday recalls a recent special election in his hometown where the results banned ridesharing companies like Uber and Lyft. “The day after the election, my Facebook feed was filled with angry residents putting together petitions and marches in protest—even though voter turnout had been abysmally low. It’s like Obama’s line: “Don’t boo. Vote.” That’s the problem with outrage.