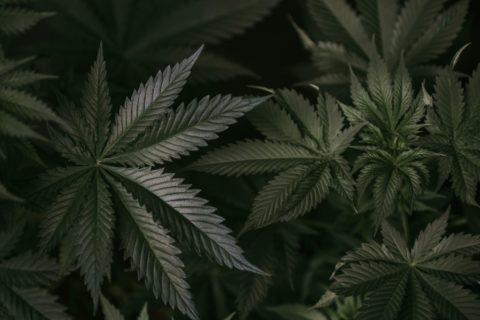 Could This Be the Next Big Dining Trend Now Marijuana Is Legal?

After receiving an invite to a cannabis-infused eight-course dinner at a secret location in Vancouver, I envision the panic attack, mid-course, that the drug might give me. After all, I’ve only tried eating it once, and it was a very small amount. Explaining the dinner to my mother also worries me. But my curiosity is stronger.

The talent behind this particular meal is Los Angeles-based Christopher Sayegh (a.k.a. The Herbal Chef). Studying molecular cell biology at UC Santa Cruz, Sayegh, now 26, started researching cannabis—and not just in the way university students typically “research” it. He wondered what smoking it was doing to his body. He also realized he’d rather be cooking for a living. His parents didn’t approve of either interest, so he moved into his car for a bit while he worked his way up L.A.’s kitchen rungs, albeit with a stint at Michelin-starred restaurant Mélisse and New York’s Eleven Madison Park. In 2015, he launched his unconventional catering company and since then has prepared more than 800 private dinners.

Sayegh’s first event in Canada—a $200 per person dinner, followed by another the next night—swiftly sold out and racked up a 60-person wait-list.

Sayegh’s first event in Canada—a $200 per person dinner, followed by another the next night—swiftly sold out and racked up a 60-person wait-list. He had arrived a few days before to source and forage for local ingredients, including spot prawns, reindeer lichens and pine resin. After all, while cannabis is the draw, food is still the focus. The THC and CBD dosages are low and controlled (10 milligrams each, lab tested), and non-infusion is also an option, because The Herbal Chef’s mission is to create an enjoyable experience and ultimately de-stigmatize the plant.

On the set menu, some of the infusions are obvious (items preceded by “herb”), while others leave my tablemates and me guessing (in a sauce is a safe bet). Some say they can taste it; some can’t. In the sixth course, a pork-belly iteration of peameal bacon, it’s probably in the smoked apple jus, but there could also be some baked into the potato galette. Whatever it’s in, it’s stupid delicious. But is it a cannabis high or a culinary high that I’m having? The dessert course that follows isn’t as mind-blowing, so I’d like to think my palate wasn’t altered too dramatically. I still eat most of the dessert, though, because for some reason I’m still hungry.

Photography by Gradivis/Istock
Get the best of FASHION in your inbox Thanks for signing up!
The latest fashion, beauty and celeb news delivered right to your email #FASHIONforall Now, check your inbox to complete your subscription
We won’t ever use your email address for anything else
Want even more FASHION? Follow us on social media.