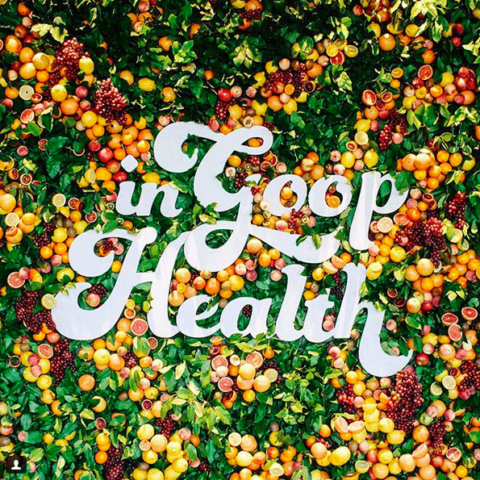 Gwyneth Paltrow feels she’s a bit of a trailblazer when it comes to health and fitness. Before an intimate group dinner at Montreal’s Agrikol last night, she recounted how the other day she went to yoga, a discipline she’s been practicing since the 90s. While she was getting her mat, the 20-something girl working at the studio asked Paltrow if she’d ever done the exercise before. “And I was like ‘Bitch you have this job because I’ve done yoga before!’” she said jokingly. “I didn’t really say that to her,” she added.

Today her lifestyle brand goop continues to blaze trails and start conversations around alternative ideas surrounding health and wellness, which aren’t always met with open arms. “I think when you’re suggesting a new idea, putting it into the culture, a lot of people are like ‘Oh up until this point are you saying I’ve been doing it wrong?” she says. “The point is no, absolutely not, we’re all in this together. That’s what you’re trying to do with progression right?,” she says. “Bring ideas into our world that are going to expand things and offer more opportunities for growth and understanding.”

And that’s the point of her brand’s In goop Health summit, which so far has only been in New York and Los Angeles but is now heading north, Paltrow and goop chief content officer Elise Loehnen officially announced. “It’s also a really great way for people to interact with the brand in a different way,” says Paltrow. The event will touch down at Vancouver’s Stanley Park Pavilion on October 27th and promises to be an intense day of workshops and panels with experts, activations and a retail hall.

The expansion north is something Paltrow feels will resonate. “Our perception of you guys in Canada is that you’re progressive,” she says, citing our universal healthcare and concern for the environment as examples. “We hope that our values and our way of thinking is aligned with the Canadian way of thinking.” As it stands the summit will essentially be the same in terms of content as the American version. “That’s sort of the way we approach it,” says Paltrow. “We like to bring the goop DNA and the content to where we’re going.” But expect lots of Vancouver to be integrated. “We want to make sure our local coverage is really good, particularly people who are doing great gyms, and nutritionists and doctors,” says Loehnen, who will be hosting the summit. As for Toronto? They’re still actively looking for a location, according to Loehnen, so expect another announcement later this year or early next.

Tickets are $400 and go on sale as of today on goop.com

Photography via instagram.com/@goop
Get the best of FASHION in your inbox Thanks for signing up!
You’ll get the latest fashion, beauty and celeb news delivered right to your email Now, check your inbox to complete your subscription
We won’t ever use your email address for anything else
Want even more FASHION? Follow us on social media.